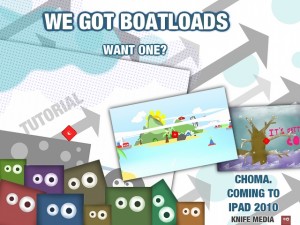 Indie developer Knife Media recently let us in on a project they’ve had in the works for quite some time now. Originally developed for the PC, Choma was a finalist in to the 2009 Unity Awards amongst tons of other entries. Choma is a platforming game with a diverse art style that varies greatly between levels, in the game you play as Choma who according to Knife Media “a small bouncing fruit with a big part to play". 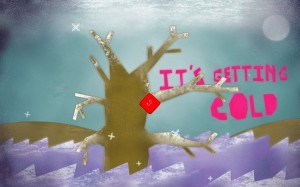 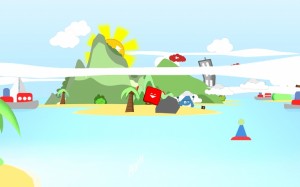 Knife Media boasts Choma will be the one of the first “true AAA titles" exclusive to the iPad, and they’re shooting for a release window of mid to late 2010. Judging by the gameplay trailer alone, Choma seems quite similar to Rolando. Ngmoco has not said anything publicly on the fate of the Rolando series, or whether or not there is a Rolando 3 in the works, so if Knife Media plays their cards right it’s entirely possible that Choma could be the Rolando of the iPad.