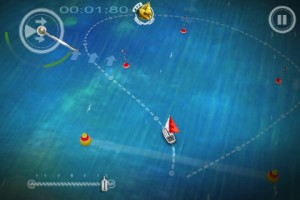 Infinite Dreams has released Sailboat Championship, a free game which we briefly previewed in December.

Sailboat Championship is a clever game in which you must properly steer your boat in order to fully capture the wind in an effective way to propel yourself forward. Three different modes are offered as well as a bonus mode. Each mode needs to be progressively unlocked before you can go on. The content of this free version of the game seems to be a little light, though it does take skill/practice to be able to get through the included levels.

A paid version of the game is expected eventually with additional courses, but the free version is worth a download on its own merits.