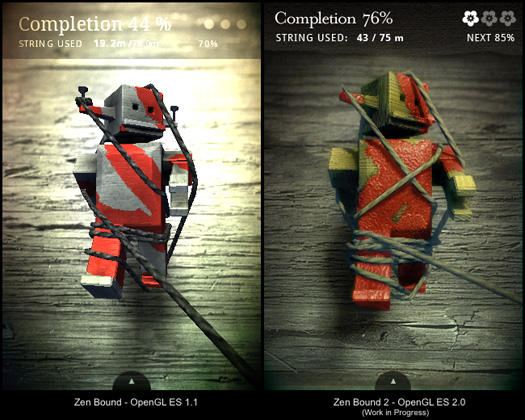 Secret Exit has posted the first teaser screenshot of their upcoming Zen Bound 2 game which will support Open GL ES 2.0 effects found in the iPhone 3GS and 3rd Generation iPod Touch. Few details of the project have been released, though they state a formal announcement is coming in the next few days.

In the meanwhile, this side-by-side comparison shot shows the improvements in the enhanced version as compared to the original.

Secret Exit’s Frand warns that the game is still months out, so all textures and UI elements should be considered placeholders for now.

The original Zen Bound [$1.99] was released in February to critical acclaim.