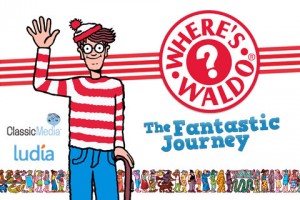 What started as a children’s book phenomenon in the late 80’s and early 90’s has since been transformed in to a few different video games, and most recently, an iPhone game. (Not to mention a short-lived TV series and a future movie.) Where’s Waldo? [App Store] brings 12 different settings to find Waldo (also known as Wally in some corners of the world) and his friends along with countless other items.

If you’ve somehow managed to avoid the last 20 years of Waldo-mania, the books consisted of large pages filled with clutter all fitting in to a particular theme. The early books only had Waldo himself to find, but other characters slowly filtered their way in to the books as time went on. Aside from finding Waldo, each book also came with a list of other objects to find in each setting, which could keep kids (and adults!) busy for hours on end– Especially if you’re a Where’s Waldo? completionist. 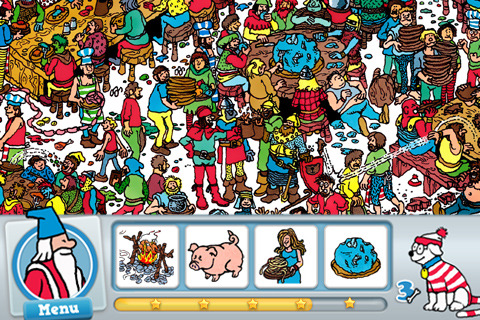 The Where’s Waldo? game plays exactly as you would expect. You can scroll around the page using your finger, and tap on objects when you locate them. Each of the 12 worlds comes loaded with Waldo, his friends, the scroll, and tons of other things to find. Each time you load a level, you’re given a new random set of objects along the bottom bar to find on the page above, providing tons of replay value until you manage to memorize where everything is.

For fans of the book series, Where’s Waldo? is a must-buy. The familiar settings included in the game are an excellent blast from the past, and the few random objectives seem to generally only take a minute or two to find– Making for a great game to play for a few moments at a time. If you’re not particularly tied to the Waldo series, there are better hidden object games with more variety on the App Store, although few posses as much charm as Where’s Waldo?.