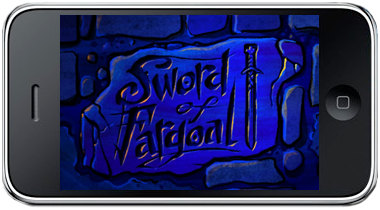 Dungeon crawler fans that like to equip an iPhone or iPod touch when it comes time to hew a row of ogre necks are in for a real treat in a coming iPhone remake of a true classic of the genre. Jeff McCord at age 17 originally wrote Sword of Fargoal for the Commodore PET — in BASIC — in 1980. Two years later he teamed up with Epyx and released the game commercially for the VIC 20 (still in BASIC). The following year, Jeff and friends brought the game to the newly-released Commodore 64, and the rest is history. 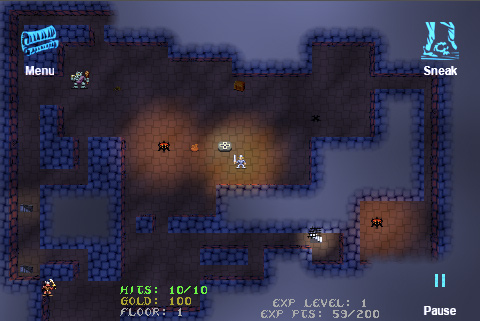 Sword of Fargoal is one of the best loved roguelike games ever to light up a CRT. In its 1996 anniversary issue, Computer Gaming World listed the game as #147 in the “Top 150 Best Video Games of All Time." It has been inspiration for many dungeon crawlers created since, and has itself been remade for various platforms. 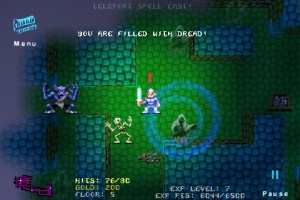 In a nutshell, the game places the player within the top level of a deep series of dungeons with the quest of seeking out the legendary “Sword of Fargoal" and escaping with it from the depths of said dungeons. Complicating matters is the fact that the layout of each dungeon level is randomly generated when the player enters it, and that the dungeons are all initially bathed in darkness, revealing themselves only as the player explores. Those lucky enough to locate the sword have only 2,000 seconds to find their way out of the dungeons which, even on the way up, are randomly generated…. Not a proposition for the meek.

Along the way, the player encounters a vast array of enemies, both human and not-so-human. Battling these enemies, the player builds experience points which allow the character to level, increasing his fighting abilities and hit points. As well, various spells can be found throughout the dungeons that aid the player in completing his quest: Invisibility, Drift, Light, Regeneration, Teleport, and Shield.

Now, the astute reader might be asking themselves just how well a game written almost 30 years ago in BASIC for a 1MHz, 50 lb computer suits the iPhone. The answer is, in fact: quite well. As the game moved from PET to VIC 20 to C64 to PC it has certainly evolved graphically, but never moreso than in its latest jump to the iPhone. Jeff and his partner in this effort Paul Pridham (who brought us Saucelifter) have done an excellent job with this remake.


The iPhone version, with which I’ve spent notable time this weekend, features completely redone graphics utilizing OpenGL ES to add depth to the stony visuals. It allows for pinch-and-spread zoom control to focus on the action at hand and features an optional on-screen mini map to aid in negotiating the twists and turns of each dungeon level. What’s more, Paul has implemented a full, real-time music synthesizer system for the game which delivers sound that, while ringing of retro, surpasses the quality of the C64’s SID-based score.

But, really, what makes the game so well suited for the iPhone is its casual nature as compared to the typical roguelike. And that’s not to say the game is shallow or light on dungeon crawling action, but rather I feel it’s simply a bit more accessible to the typical gamer than, say, Nethack, Moria, or Rogue thanks to an economy of controls, spells, and the like. Those who’ve never played a dungeon crawler before might just find themselves drawn in to Sword of Fargoal.

Have a look at the developers’ trailer video for a glimpse of the action.

Sword of Fargoal will be submitted to the App Store sometime next week and should go live in early to mid December at a one-week introductory price of $2.99 (regular $4.99). After the game goes live, the developers plan to release a series of free, episodic updates that will introduce new game elements, level types, and the like. Additionally, new graphical tile sets will eventually be made available as in-app purchases for those wanting to apply a whole new look to the game.

I’ve enjoyed recent dialog with both Jeff and Paul as they’ve introduced me to their upcoming iPhone title and we plan to post an in-depth interview with the developers in the next week that takes a closer look at the game’s history, the iPhone remake, and iPhone development in general. Accompanying the interview will be a detailed gameplay video that should give prospective buyers a solid look at Sword of Fargoal for the iPhone.