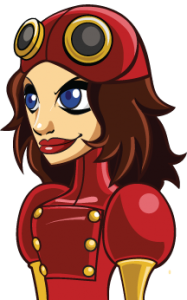 Luc Bernard has released to TouchArcade the first screenshots and details about his next iPhone game SteamPirates.

SteamPirates is described as a turn based RPG with the following quirky storyline:

The story follows Kat a human who was raised by the Cat Empire. After she found out that she wasn’t a cat (she just thought that she didn’t have any fur or a tail), she went out to the seas to find herself (it left her deeply traumatised). A few years later once she comes back, the Cat Empire is now ruled by Captain Purrrrrrrkos who is trying to take over the oceans.

Kat must then decide to either stay loyal to the ones that raised her, or join Ze Pug Rebellion.

Bernard doesn’t expect the game to come out until the first quarter of 2010 but it will deliver the following features: 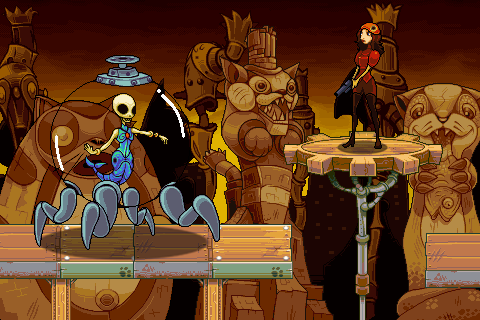 The game is being developed by the same team as Mecho Wars and will again feature an orchestral soundtrack by Sean Beeson. In fact, the main theme has been provided in MP3 format (download) and sounds pretty epic.

The game carries the same distinctive artwork as Bernard’s other games: 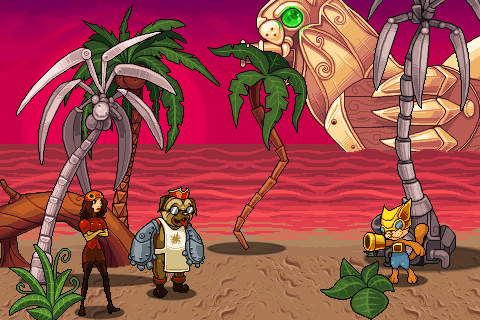 Additional concept art and animated drawings have been posted in this thread.

Bernard, of course, was responsible for the turn based strategy iPhone game Mecho Wars that has long been promised an online multiplayer update. He reassured us that the long awaited update is set to be submitted within the next few days and it will feature 4 different online modes, push notifications, Open Feint integration and the ability to play up to 20 matches simultaneously.