Wandering the halls of the Austin convention center we ran into InMotion Software, creators of I Dig It [99¢ / Free] and got to talk about their upcoming sequel to the game, I Dig It Expeditions that is due out this holiday season. 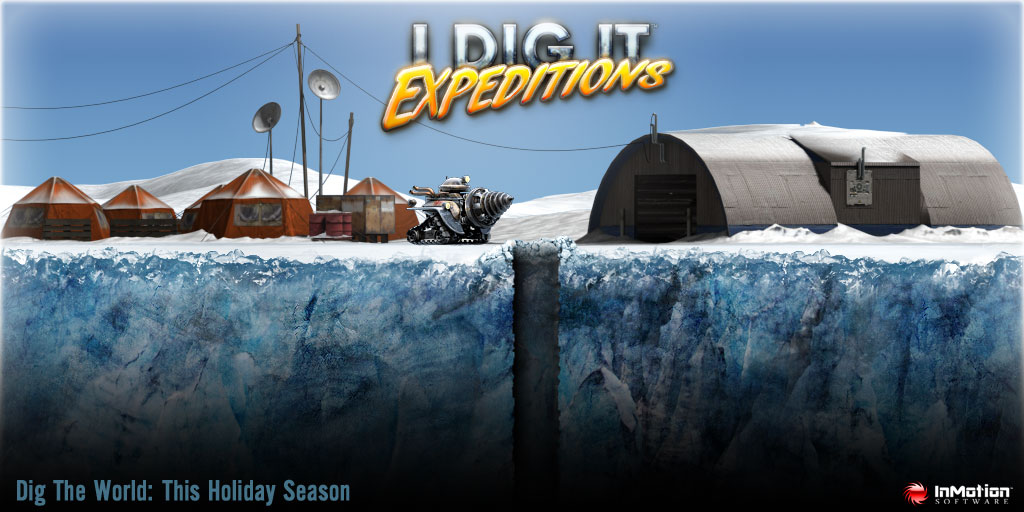 We don’t have any screenshots yet aside from a few promo images like the one above, but they did give us some details that I Dig It fans can look forward to. If you haven’t played the original, I Dig It is an exploration game that we greatly enjoyed in our review:

On the surface, I Dig It is a simple dig for treasure game, but it’s not until you play it for a while that you start to appreciate the strategy involved in choosing your upgrades and intelligently planning your dig routes. On top of all that, you’re constantly faced with the threat of overheating, hull integrity, and you always need to make sure you have enough fuel left to make your way topside.

Digging deep is key to maximizing profits, but also comes with the increased risk of not making it out alive. 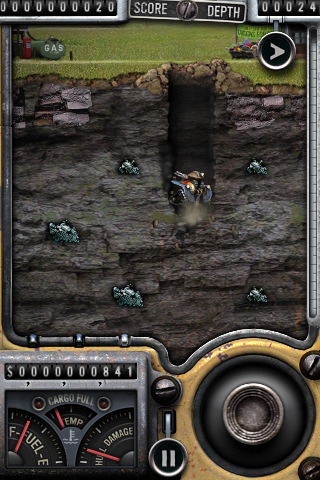 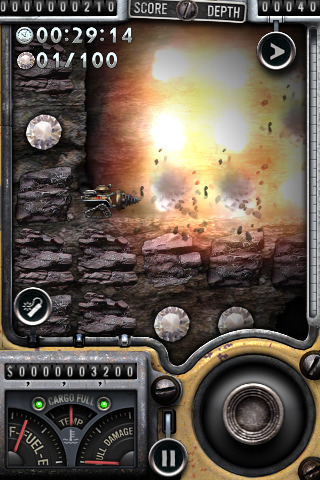 Screenshots from the original I Dig It

Since our review the game has had a substantial update, adding a second campaign and even more things to collect underground. I Dig It is currently on sale for 99¢, and will be for a few more days.

I Dig It Expeditions is going to take absolutely everything that was great about the original and add features suggested by the userbase along with some substantial upgrades to the gameplay, new levels, and more. The entire consumable and cargo system has been completely overhauled. Consumables like different kinds of dynamite are now much cheaper, and you have more room to hold them. The trade off is, for every item you’re carrying, that’s one less slot available for diggins to bring back up to the surface. Aside from different types of dynamite, power ups are also available that will point you in the direction of valuable diggins or provide other useful effects.

The emphasis on these new consumables will make them a much larger part of the game, and additional upgrades for your digger will allow for even greater customization of how you play the game. The idea behind Expeditions is that you’ve successfully paid off your farm (The original motivation for you to go digging in the first game.) and decide to take your digger worldwide. Locales include the arctic seen in the above promotional image along with rain forests, or even underwater among others.

The whole game has a very Indiana Jones-like feel to it, with different archeological treasures you will be seeking in each of the various locations. Of course different upgrades will also be available on each level. For instance, while underwater, you will have access to improvements to your digger such as air tanks to allow you to stay submerged longer.

One of the coolest features included in I Dig It Expeditions is a mini map to show you where you’ve been digging along with a way-point system. The mini map has the same art style as the I Dig It interface with your path being drawn on what looks like a green and black oscilloscope screen. There are numerous other improvements both in game and in the works that InMotion isn’t ready to discuss yet.

Something interesting that came of the conversations with InMotion that many people likely are not aware of is that it’s a father/son operation with a small handful of other people with AAA industry experience from companies like id and Midway.

I Dig It Expeditions is currently in development and will be released during the holiday season this year. In the meantime, try out I Dig It or I Dig It Lite.