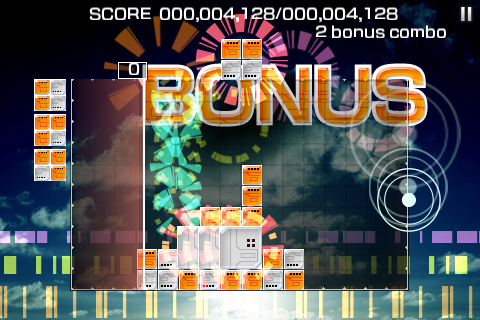 We first reported last month that Lumines was coming to the iPhone. Q Entertainment has since released new information and screenshots about the upcoming game.

The company reveals that the game will use touch controls. Tapping on the screen rotates the block 90 degrees while swiping left, right and down moves the block in that direction. The game comes with 3 different modes: 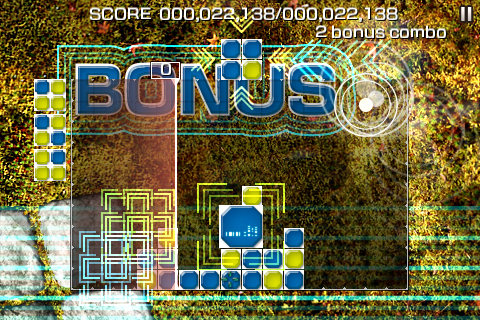 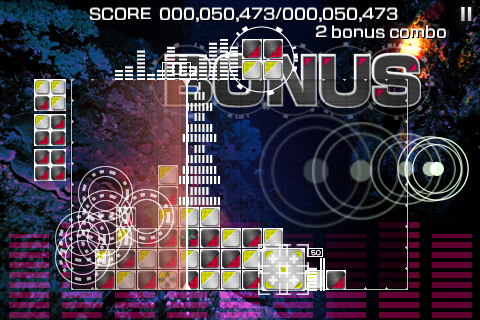 Originally released to North America in 2005 for the PlayStation Portable, Lumines is a block dropping game with a twist. 2×2 blocks fall from the top of the screen which can then be rotated and dropped on the existing stack of blocks. The iPhone will have new specially-themed Skin Packs as well.

The game is expected for the iPhone this month.