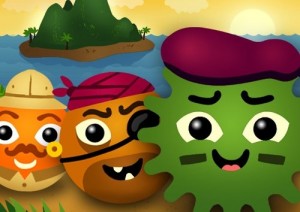 Ngmoco representative mjmoco has revealed on our forums that Rolando 2 will be released on July 1st.

To celebrate the release they have put WordFu [App Store] and Dr. Awesome [App Store] on sale for $0.99.

A particularly curious announcement, however, is that the original Rolando [App Store] will be removed from the App Store at that time:

Also, make sure you snag a copy of the original Rolando while you still can. We’ll be moving Rolando and Rolando Lite off the App Store on July 1 to make room for Rolando 2.

Rolando was originally released on December 17th, 2008. We’re not sure the reasoning behind the removal, but we’ll let you know what we find out.

Here’s the trailer for Rolando 2:

Update: MJ from Ngmoco has clarified the status of Rolando: