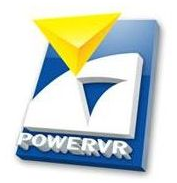 As we detailed earlier, the new iPhone 3G S has much more horsepower under the hood than the iPhone or iPhone 3G.  Much of the gaming muscle in the unit comes from its PowerVR SGX graphics processor.

A video demo running on a pre-production Pandora dev board shows the GPU in action.  [ via iPhone Alley ]  (The upcoming Pandora mobile game console, like the iPhone 3G S, is based on a 600MHz Cortex A8 CPU and the PowerVR SGX GPU.)

Additional details of the capabilites of the PowerVR SGX were provided by a Freeverse developer in a discussion with our own Eli.

Toon shading and spherical harmonic lighting are shader effects only possible on the 3GS. The 3G only seems to support one user clip plane (from my experiments) so there’s another one. Morphing and objects changing shape is actually possible on the 3G thanks to its ability to do matrix blending. The translucency and reflection map effects on the vase I’m not sure if they’re possible on the 3G, same with the texture effects on the second balloon demo.
…
“Real" shadows and distortion effects (the last few mask demos) are not possible on the 3G. In a lot of them the description was illegible but basically anything that has fancy “gleaming" light, especially in combination with other things, is 3GS-only.
…
Also keep in mind that many things the 3G is capable of on paper are too slow to use in practice (like the alpha test, which apple specifically recommends against); this will no longer be the case.