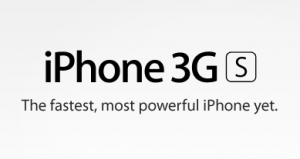 Yesterday’s announcement of the iPhone 3G S has notable implications for both gamers and gamemakers alike.  The new device features a faster ARM-based central processor, a new graphics processor (almost certainly the PowerVR SGX, an evolution of the MBX GPU used in the rest of the iPhone family), and likely other enhancements such as a faster overall system bus and more application RAM.

While these enhancements give game developers more power to work with in creating mobile titles, they also fracture the iPhone family.  (Well, it’s been a somewhat fractured family for a while now, really.)  This forces developers wanting to take real advantage of the improved hardware to handle — gracefully — running their apps across the striated iPhone line.

Pocket Gamer has recently spoken with a number of studios about the new iPhone and what it means to them as developers.

Paul Schade of Fishlabs points out that, while the new iPhone provides a significant boost in performance for games, the effort to utilize the new hardware is hard to justify for every title.

But others go even further than comparing iPhone 3G S to other mobile handsets. “The OpenGL 2.0 support will push the iPhone beyond PSP," says Michael Schade of Fishlabs, although he points out that this brings its own challenges for developers.

“As graphic assets need to be designed from scratch to benefit from 2.0 shaders it will be very hard to monetize the extra effort in the early days," he says. “It’s definitely not worth it for $0.99 apps." 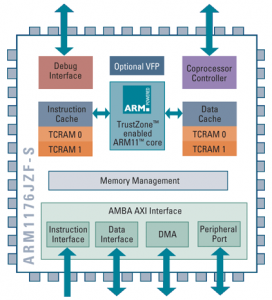 Touch Arcade spoke with Rob Murray of Firemint, the studio behind the much anticipated title Real Racing, which hit the App Store on Monday.  He has been working with a reference hardware kit of similar architecture to the new iPhone, porting test code to put the system through its paces.  While he’s excited about the prospect, he underscores the fact that making the new iPhone really show its stuff will definitely take work on the part of the developer. To Pocket Gamer, Murray said:

“It is possible to do some really interesting lighting and rendering effects with the shaders that will be available, but some of these effects may impact the asset processing pipeline and make it difficult to deliver one reference build that targets both OpenGL 1.0 and 2.0 optimally," says Murray.

So how to approach this? “I expect that the bigger developers will start to make two separate versions, especially if you want to take advantage of OpenGL ES 2.0," says [Nigel Little of Distinctive Development].

Time and trial will tell what ends up being the best approach for developers to make use of the new iPhone’s muscle, but one thing is for sure: the iPhone as a gaming platform just moved up a rather notable notch.