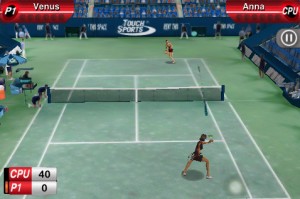 While we had generally considered the iPhone and iPod Touch to be one cohesive platform, as games have started to push the boundaries of these devices, it has become apparent that there are differences in performance between the different models.

Our first step to increase fps performance was to introduce hardware dependent levels of detail. Where we can easily display two 1500 polygon tennis players with 32 bones each on the iPod touch 2G and maintain fast and fluid game play, the original iPod touch just chokes, and in some instances so do the iPhones. To speed up the touch, we reduced the players to 800 polygons in farther away moments of gameplay, and are now using 1000 polygon models for close ups, bringing the original iPod touch game play performance level close to that of the iPhone 3G. We’ve taken this approach across the board with great results. 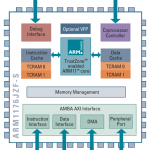 It seems that there are additional factors, however, as there are performance differences even found between the models that run at the same speed. The models rank in the following order (fastest to slowest) for 3D rendering, with the 2nd Generation iPod Touch being the fastest “by far".

Due to the heavy 3D nature of his game, Fessler speculates the GPU speeds could have been tweaked as well, but there is no hard evidence of this at this time. Due to these findings, Fessler even says he would not recommend anyone interested in gaming to buy a used 1st generation iPod Touch.

Our in-depth look at the iPhone’s internals, “Under the Hood: The iPhone’s Gaming Mettle," has been updated to reflect this new information.