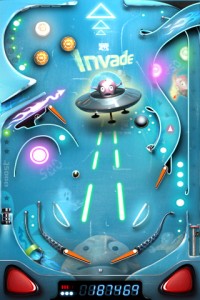 Their game is described as a “totally original pinball extravaganza" which offers the player 6 interconnected pinball tables that are stylistically designed. The action is fast and furious with 60 frame per second animations.

The initial reactions to the game have been very positive from our own Eli Hodapp and Big Albie (5 stars), but perhaps most convincing is an unabashed thumbs up from forum user dogmeat who has been diligently reviewing many of the other pinball games in the App Store.

Its absolutely magnificent, and worth the money, presentation value is great

So far, the sole dissenting criticism is that the game perhaps doesn’t quite “feel" like traditional pinball due to the stylistic embellishments, though, that seems it was part of the intent.