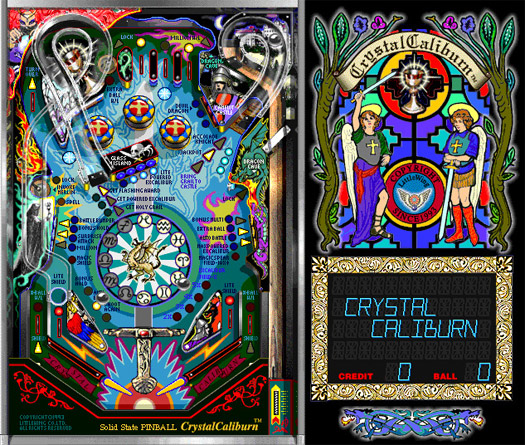 In the ’90s, a development company called LittleWings’s released a number of pinball simulation titles in their “solid state pinball" series of games. The 3rd and 4th releases in the series included Crystal Caliburn and Loony Labyrinth.

Crystal Caliburn was the best seller of the series and won multiple awards at the time and aimed to be an authentic pinball simulator.

Appletel reports that both titles will be making their way to the iPhone. Loony Labyrinth appears to be completing development while Crystal Caliburn is scheduled next. The iPhone versions appear to be significantly updated with the incorporation of their Ypsilon pinball engine.

It is not a simple update but a new title in which we put lots of elements we could not inplement due to the machine power and technology in the original Loony. We added a new story of Theseus who lives in the current world as an ordinary dreamy young man. The new story should bring much more excitement.

In simple words, it will be a rock’n’roll science fiction pinball. Fujita [the developer] is applying Ypsilon [the gaming engine] for layered graphics with dramatic effects in high speed display. I’m planning to create crisp graphics which combines good parts of American comics and Japanese manga. 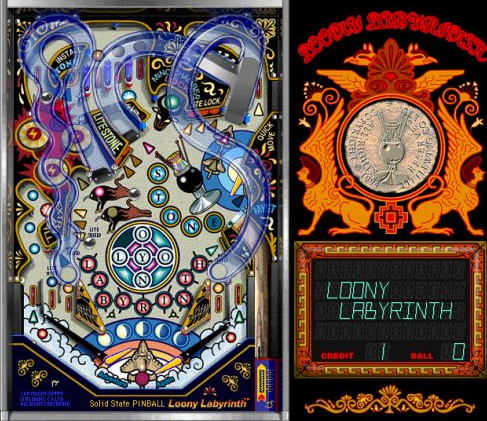 No specific release dates have been reported, but long time fans of the series should be pleased with this announcement.