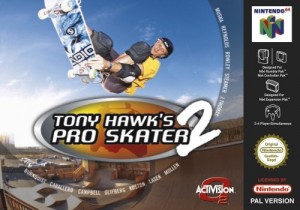 As it turns out, yesterday’s video leak of Tony Hawk Pro Skater 2 was legitimate based on an email response from iPhone developer LTI Gray Matter to TouchArcade.com.

The president of the company Daniel R. Chavez confirmed that the game is completely real though it’s not clear if the game will ever see the light of day.

We developed an engine & tools to push the bleeding edge of the iPhone’s limits. That’s why the graphics, sound & frame rate are so good in the demo. We used THPS2 strictly as a “test subject" and not at the request of Activision or anyone else. By the time we were thru, THPS2 was fully on the iPhone and performing even better than originally anticipated.

Chavez said that they let Activision know that the game was ready for quality assurance testing if they wanted it but suspects that unless there is a large outcry for the game, it won’t likely make it to the App Store.

He reports that there may be some confusion as there will be a new Tony Hawk game that is to be detailed tomorrow. Chavez says, “There may be a feeling that this may cause confusion with the new title but I believe the Tony Hawk fans & gamers (both iPhone & console) would love to own both."

He explains more about the details in the video itself (which is no longer available):

Some of the glitchyness on the demo were strictly because of compressing/loading into the editing software. The cuts showing player X were only to better illustrate the accelerometer use and while he was actually playing, this was shot separate from the over-the-shoulder angle. That’s why on those scenes the headphone wire was not plugged in and the close-ups of the screen did have the wire connected. It was plugged directly into the camera so the sound heard was exactly what you would hear with headphones. The need for player X to keep his head cocked sideways and minimize movement in order to get the best video display is the reason for the less-than-stellar runs and not because the game mechanics are too difficult. Also, the buttons on screen are there for the 1st time player (left on for the demo) and there is the ability to toggle them off and just touch the corresponding quadrants of the screen thereby giving a cleaner view.