Zenonia is GAMEVIL’s epic RPG which has absolutely decimated the mobile sales charts in Korea this year and I’ve been lucky enough to have the opportunity to play the English iPhone beta for a while now. While we had previously previewed an early version of the game at GDC, the text had not yet been translated at that time.

If you’ve been looking for something on the App Store that compares to the classic 16-bit RPG’s from days of yore, Zenonia may just be what you’ve been searching for — especially since according to GAMEVIL, Zenonia comes packed with over 40 hours of gameplay. 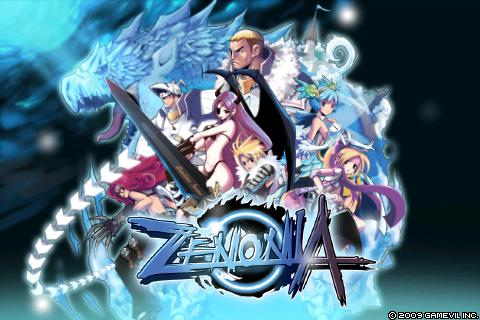 Zenonia isn’t as simple as just completing the main quest and being finished, included is a good and evil decision system that reminds me a lot of Knights of the Old Republic. As long as you choose a slightly different alignment every time in how your character responds, Zenonia should have a decent amount of replay value. (Not that replay value is even a big deal if the 40 hour claim holds true.)

New trailer from the Developer:

The game controls using an on-screen D-Pad which feels clunky at first but quickly becomes second nature. GAMEVIL seems to have put a lot of thought in to how the D-Pad functions and the limitations of on-screen controls. You don’t need to always be facing what you’re attacking, just getting in range and tapping the attack button will make your character automatically turn to the nearest monster. It’s kind of like the 2D version of aim assist that is common in a lot of iPhone 3D shooters.

I’m reluctant to compare Zenonia to the Zelda series, but it is inevitable. GAMEVIL seems to have designed this game specifically for gamers clamoring for a classic action RPG experience, and the beta I’ve been playing is exactly that. Instead of summarizing the setting of the game, I decided shooting a video would be more appropriate:

Zenonia is on track to be submitted to Apple on May 15th, and I’m looking forward to getting my hands on the final copy.