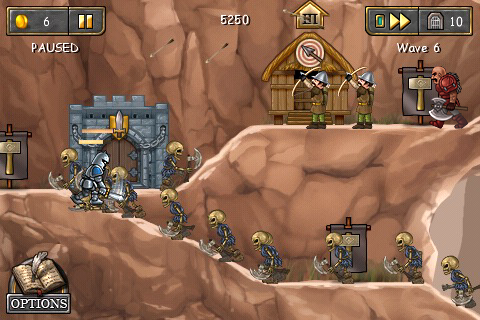 Every since we saw the first screenshot for the upcoming Defender Chronicles iPhone game back in February, we’ve been anxious to hear more about the it. The game is said to be a fresh take on Tower Defense that’s also blended with a role-playing adventure. The game is being developed by Gimka Entertainment, Inc and Menara Games and they have just released to us the first gameplay video… and it looks very promising.

Defender Chronicles is set in a fantasy medieval world. The capital city of men, Londrom has fallen to the Orc Hordes. As a warlord, you must defend the Empire from the invasion of the Orc Hordes and the rising Undead.

The game is expected for release in May and will be priced at $4.99.