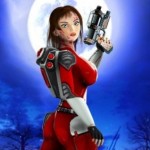 Well, the theme today appears to be 3D versions of existing favorites. StormBASIC has submitted a game for approval that some have superficially described as a fully 3D iDracula [App Store].

Seven days. Only Seven Days to the coming of the Apocalypse!. An unknown virus, called ‘S-Virus’, is killing and turning into zombies all the population. But there is a hope for the future, Dr. Cupper has found the possible source of infection. Your mission: Protect her while she develops & synthesize an antidote to contain the virus. Prepare yourself to the more intense 3D game for iPhone/iPod Touch!

7 Days of Apocalypse is a 3D survival shooter that offers a two-wheel control scheme allowing you to independently control movement and shooting. Features listed by the developer include:

History mode offers 7 days (levels) with progressively difficult goals. The game itself allows you to switch between Bird’s Eye and Back camera views. 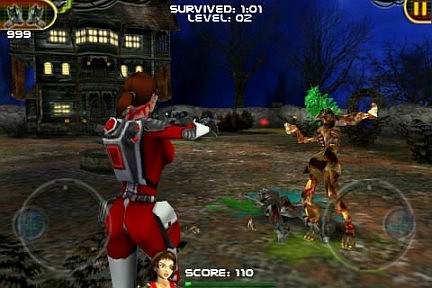 The developers have also provided this gameplay video showing the action:

The game has been submitted and should appear shortly at a $1.99 introductory price.