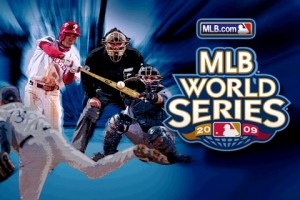 We’ve included a number of screenshots from the game (click thumbnails to enlarge):


And also included is a gameplay video. We’ve started the embedded video mid game, but if you’re interested in team selection and player substitutions, rewind to the beginning:

The game itself allows you to play a season from the start or straight to the World Series. Games can be setup with different teams and substitutions can be made mid-game based on player stats or fatigue. The video shows off batting and pitching.

Fielding can be performed automatically (the default), but if you’re interested in more of a challenge, you can turn this to “manual" and then decide where to throw the ball after it’s hit. The embedded video shows manual fielding.

An ongoing discussion thread has some first impressions. As noted by one forum user, individual player names are not included in this game, only team names.