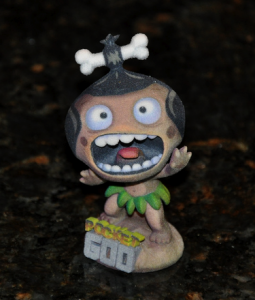 What’s changed? Well, maybe it’s because our forum members love the app so much, or the developer’s dedication to constant updates, or perhaps it was the Pocket God statuette bribe gift that Bolt Creative’s Dave Castelnuovo bestowed upon me at GDC (pictured right). Regardless, the appeal of the app is hard to deny.

Pocket God is best described as a simulation-type game in which you act as an all powerful deity to a tribe of islanders. There’s no specific goal, however, and it reminds me of a gentler Gabo which was rejected from the App Store for being “unpleasant". 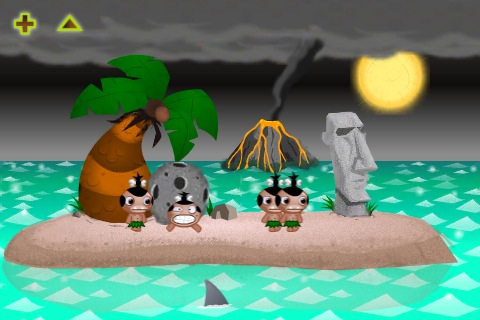 That’s not to say you are necessarily a kind “God" in the game. Pocket God’s appeal revolves around subjecting your islanders to sharks, natural disasters, vampire bats, and even target practice. Use your finger to move your islanders around, use them as shark bait or simply flick them into the volcano.

Success hasn’t come easily, however. Bolt Creative has been hard at work both marketing their app and providing nearly weekly updates to Pocket God. This sort of dedication shows and has generated quite a following in our forums. Each update discussion generates hundreds of responses with talk about the latest version and possibilities for future versions. 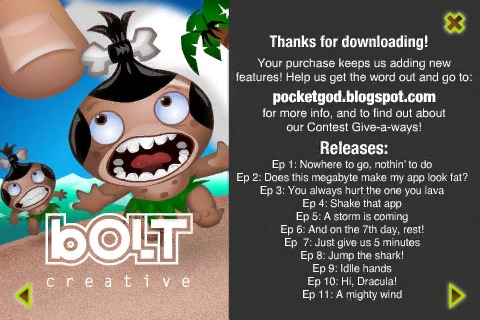 Castelnuovo attributes their success to a number of different factors including the grass roots marketing and weekly updates, but also feels the app simply provides a way for people to show off their iPhones. “One of the things that people keep saying about the app is that it’s a great way to show off their iphone, you can just get into the game and show someone a funny interaction." wrote Castelnuovo in an email interview.

Castelnuovo also feels that luck did play a major role in their success.

We just happened to hit the right idea at the right time and although we implemented the these marketing techniques in order to try and ride the wave of interest, I don’t think I would have developed this idea if I had more time/resources to make an app.

This developer video comes from an earlier release version:

Pocket God remains the #2 most popular iPhone/iPod Touch application and has seen 10 updates since its original release. The latest version (1.11) is currently in review and is called “Something Fishy…".

At only $0.99, fun interaction, and nearly weekly updates, Pocket God is hard to pass up.