The Independent Games Festival Mobile awards ceremony has just drawn to a close at GDC 2009 and Touch Arcade was in attendance.

Back in January, IGF released its list of finalists competing for awards in seven categories and $30,000 in prize money.  This year’s competition included two new award categories: Next Great Mobile Game, in which developers take the stage in an attempt to best pitch their upcoming titles, and Best iPhone Game.

This year’s finalists were:

Of those finalists, the following took home the prize:

Congratulations to the the winners!  It’s hard to believe, looking at this impressive list, that iPhone gaming did not even exist at last year’s Game Developers Conference.  It’s exciting to picture what’s in store for next year’s event. 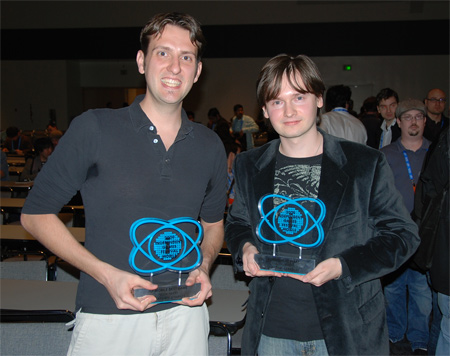 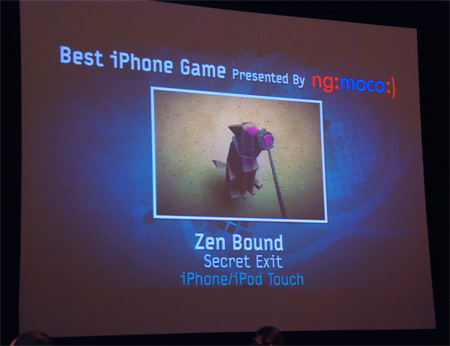