Chillingo has just announced that a free, lite version of its popular shooter iDracula will land in the App Store next week.  Not the typical lite version, iDracula Lite will differentiate itself from the paid app by featuring harder monsters and a limited supply of ammo.  So while you can play the game…you just won’t stand a chance. 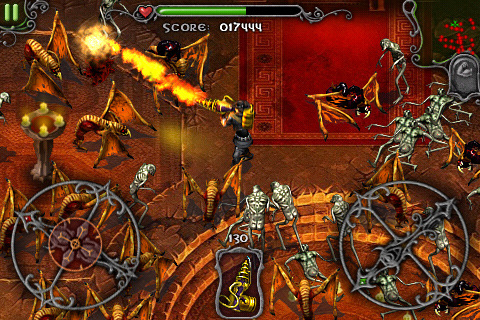 Originally a $0.99 title, iDracula [App Store] jumped to $2.99 after a recent, feature-filled update that brought new monsters, maps, and weapons.  Now that the game is a bit more costly (but still a great deal), the lite version should be helpful to gamers debating the purchase.