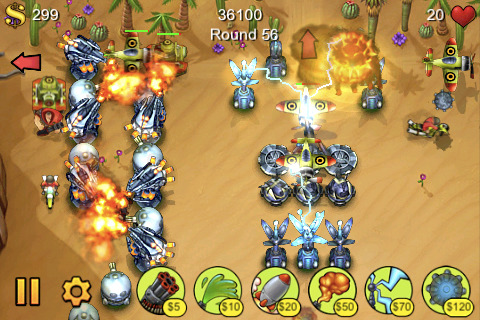 For the first time since its release, Subatomic Studios has placed Fieldrunners [App Store] on sale. The Spring Break sale temporarily drops the price from $4.99 to $2.99.

The developers have also issued a recent update (1.2.2) which fixes a number of outstanding bugs and added/changed the following features:

Fieldrunners was named one of Time Magazine’s Top 10 games of 2008 and has always been one of our favorite iPhone games.