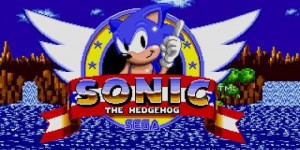 We keep hearing a lot of little tidbits about upcoming games coming to the iPhone. Unfortunately details tend to lag. Here’s a list of the most recent announcements.