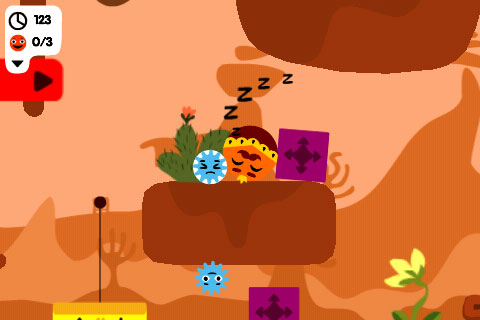 When people first started talking about games on the iPhone, the immediate reaction from the nay-sayers was “it doesn’t have any buttons, you won’t be able to play games well". Defenders of the platform, however, insisted that the touch screen and accelerometer could be superior to any set of buttons but that new games would have to be specifically designed for the platform for it to shine.

The reason we and many others got excited about Rolando back in July was that it was the first seemingly full featured game that was actually designed specifically for the iPhone. And after seeing a number of unfinished tech demos, poorly implemented control systems, and disappointing mainstream titles, people kept waiting for Rolando to be an original breakout title for the iPhone. Does it deliver that promise? I believe it does. 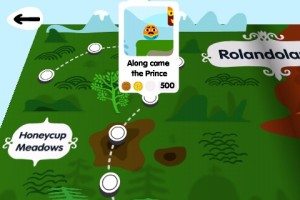 Rolando is a platform puzzle game set in Rolandoland. Rolandos are small round creatures who seem to worship you (aka “Finger") and ask for your help to defeat the shadow creatures that have invaded their land. Your job is to free the Rolandos from evil across 36 levels of play. The primary goal of each level is to free a minimum number of the Rolandos by getting them safely to the exit while avoid bad-guys and circumventing obstacles. Secondary goals includes collecting gems and beating the clock to increase your achievements and offer some additional replay value beyond the primarily plot.

Gameplay starts out in tutorial mode, in which you are instructed how to move Rolandos around, make them jump, and affect other items in Rolandoland. You definitely feel a bit like a fish-out-of-water as you learn a new control vocabulary that is not “up,down,left,right", but over time I can assure you it becomes quite natural. 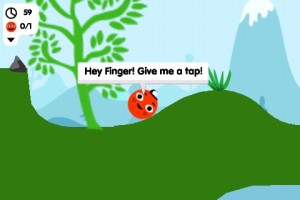 Rolandos can be selected individually (tap) or as a group (drag a box around). They can be moved left or right by tilting the phone and made to jump by swiping upward. And certain objects in the world are manipulated simply by touching them (levers can be moved, buttons can be activated). Overall, the control scheme fits the game well and does not seem at all forced. The ability to select one or more Rolandos at a time adds an interesting element of teamwork-play that is not typical for platformers.

The levels themselves nicely increase in scope, difficulty and variety of obstacles over the course of play. Really, the “worst" part about the game is that it ends. Estimated game-time is probably somewhere between 4-6 hours if you’re just trying to get through the 36 levels, but add more time to actually accomplish secondary goals and achievements.

The compete package for this game easily justifies the $9.99 price point, and comes highly recommended. Rolando is amongst the best games the App Store has to offer.

Disclaimer: Ngmoco is a current advertiser on this site. While we don’t believe it influences our review or coverage of the company and their titles, you should be aware.