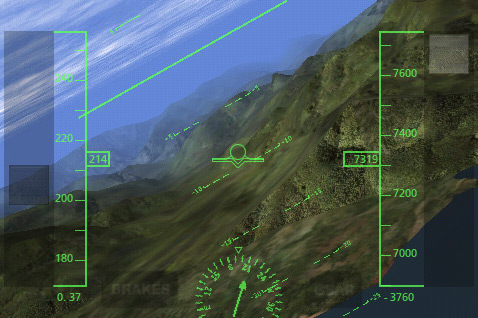 As Laminar describes it,

X-Plane for Mac, Windows, and Linux is the most flexible and realistic flight simulator on the market for desktop personal computers.  Using blade element theory for the most powerful and accurate flight model available for personal computers, and earning FAA certification for logging of flight time for pilots, X-Plane is the Gold Standard for accurate flight simulation, offering realism that is unmatched by any other simulator.

And now, thanks to the power of the iPhone and iPod touch, X-Plane is available for these stunning little platforms.

The ability to punch a hole in the sky with X-Plane while on the go is big news for iPhone-using flight simulator fans.  We will post a full review of this title shortly.