Brian Wurster has released Tangrams [App Store] to the App Store. The $2.99 puzzle game brings a classic Chinese puzzle to the iPhone. The game involves seven geometric shapes which you must arrange to match the silhouette shown. No pieces may overlap and all pieces must be used.

Here’s a sample of one of the early puzzles. Before and after: 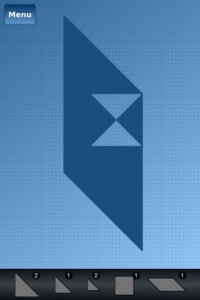 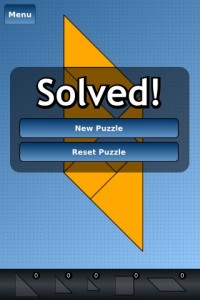 Tangrams offers over 400 puzzles and naturally uses the iPhone’s touch capability to drag pieces around on the screen. When all the pieces are in place, the game confirms the solution.

Another Tangram game that has been in the App Store for a bit longer is TanZen [App Store]. This version of the game is also $2.99 and offers “over 100 puzzles" but with promises of more to come in future updates. 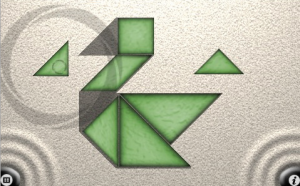 TanZen offers a free form rotation with two thumbs while Tangrams allows you to rotate in 45 degree increments with a single tap. In the end, I found the Tangrams single-tap interface easier to use, though TanZen was more visually appealing. It seems I wasn’t the only one as the TanZen developer notes that “due to popular demand", the next version will have single finger rotation.

Fortunately, Little White Bear Studies does offer a Lite version of their game called TanZen Lite [Free, App Store] so you can try before you buy.