Apple is postioning the iPhone to go head to head with Sony’s Playstation Portable on the mobile gaming front.  As an avid PSP gamer myself, I can say that one of the best games available for that platform is Archer Maclean’s Mercury.  It’s a game in which the player tilts a mazeboard level in order to get a drop of mercury to its appointed destination.  Simple and engrossing — but also brilliant.  And it’s no wonder.  Archer Maclean is one of the world’s most esteemed game designers, responsible for the 80s classcis Dropzone, International Karate, and many others.

More than any game I have ever played, it is clear that Archer Maclean’s Mercury is the title most crying out to be ported to the iPhone and its integrated accelerometer control system.  On the iPhone, this title simply becomes the perfect game. 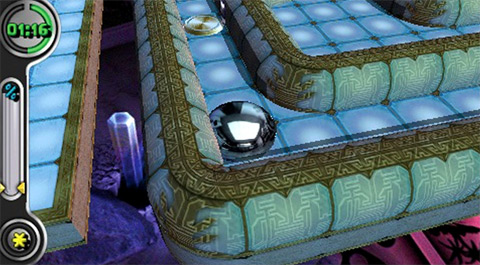 Although it’s unlikely that the revered Mr. Maclean will ever read this post, I had to put the request out there.  Someone had to plead the cause:  Archer.  Mr. Maclean.  For the love of God we beg of you to port Mercury or its cell-shaded sequel, Mercury Meltdown, to the iPhone.  Allow perfect gaming to commence!