Developer Hidden Variable pushed out a major update for Skullgirls Mobile (Free) a few hours ago. The version 5.2 update brings in Black Dahlia (before the console and PC game), Retakes, XP Treats, free gifts, and more. Since launch, Skullgirls Mobile has gotten a ton of support, and it is an absolute essential on any platform if you enjoy fighting games. I included it in our best fighting games to play on Steam Deck feature and continue to enjoy it on Steam Deck. Skullgirls Mobile will also be adding Marie next year. Check out the full patch notes for the update here for the massive list of changes and additions. 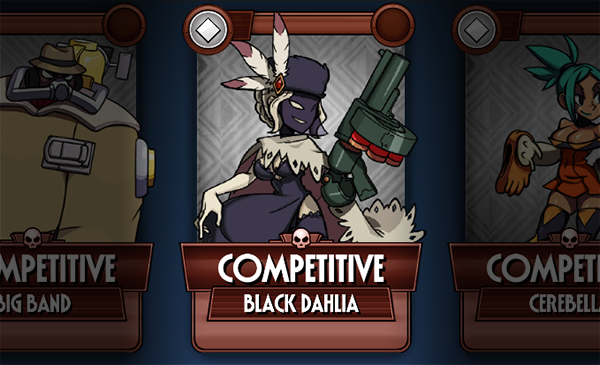 I’m still surprised that Black Dahlia arrived in the mobile game before Skullgirls 2nd Encore on PC and consoles. Skullgirls Mobile is available for free on iOS and Android right now. Skullgirls 2nd Encore is available on PC and all consoles with it arriving on Xbox soon. Following Black Dahlia’s launch, it is going to be interesting to see when Marie is released in the mobile game and also how updates and DLC are handled for the newer console releases that are planned to arrive in the near future. Do you play Skullgirls on any platform and what do you think of the new DLC announcement?