I thought SNK was done with this week after PUZZLED ACA NeoGeo hit the App Store and Google Play, but The King of Fighters 2002 ($3.99) has just released on both iOS and Android. The King of Fighters 2002 is one of the ACA games I’ve bought multiple times and I already downloaded it on iOS. It originally released in 2002 and is the 9th entry in The King of Fighters series. The game features the 3v3 battle mode and has an easier to use Max Activation System. While it isn’t as much fun as the Unlimited Match version I’ve been playing recently, it is still great. On iOS and Android, you can play the original Japanese version, the international version, and play in high score or caravan mode. An in-game manual is also available. Check out a screenshot from the mobile version below: 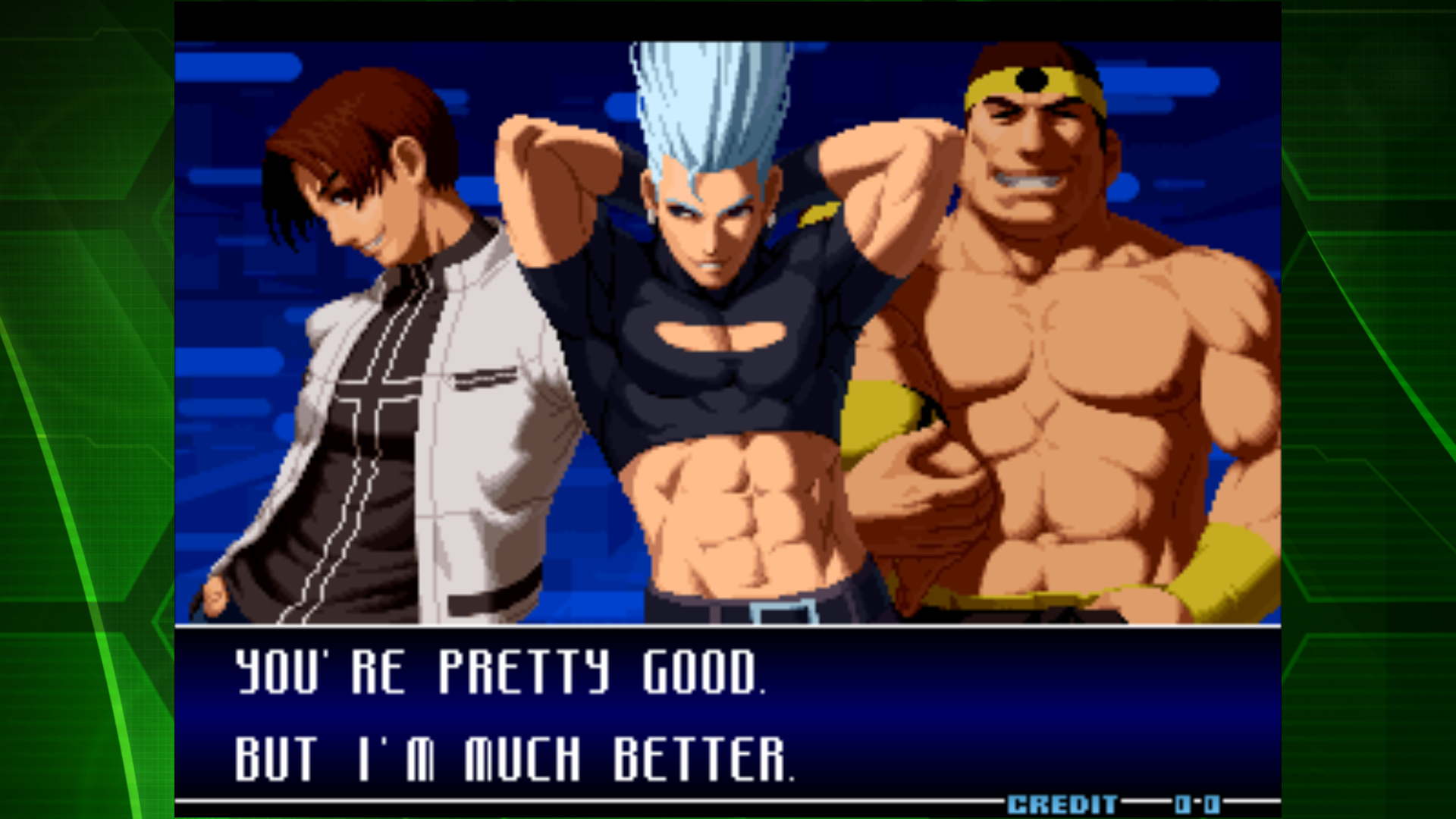 If you’ve not followed the series on any platform, SNK and Hamster have brought multiple classics to PS4, Switch, and Xbox platforms with modern conveniences and the lineup is now slowly making its way to mobile. The ACA NeoGeo games are priced at $3.99 each on the App Store and Google Play. Check out The King of Fighters 2002 ACA NeoGeo on the App Store for iOS here and Google Play for Android here. Shaun has reviewed all the releases so far in the ACA NeoGeo series on iOS. Check out his reviews for Samurai Shodown IV here, Alpha Mission II here, Metal Slug 5 here, Shock Troopers here, NAM-1975 here, ZED BLADE here, and PUZZLED here. Check out the official website here. Have you tried any of the ACA NeoGeo releases on mobile yet or have you been playing them on consoles so far?