When I owned the original PlayStation, I mostly used to just play wrestling games and the odd game that looked interesting in the stores that sold video games. My fondest memories on the system involve the likes of WWF Warzone, ECW Anarchy Rulez, and WCW Backstage Assault with games like Tomba and Cool Boarders being the games that looked interesting to me back then. As you can imagine, I missed out on a lot of the games people consider the highlights of the platform until I got a PS Vita and started playing many games I missed back then. One series I hadn’t played at all until now is Koei Tecmo’s Monster Rancher. 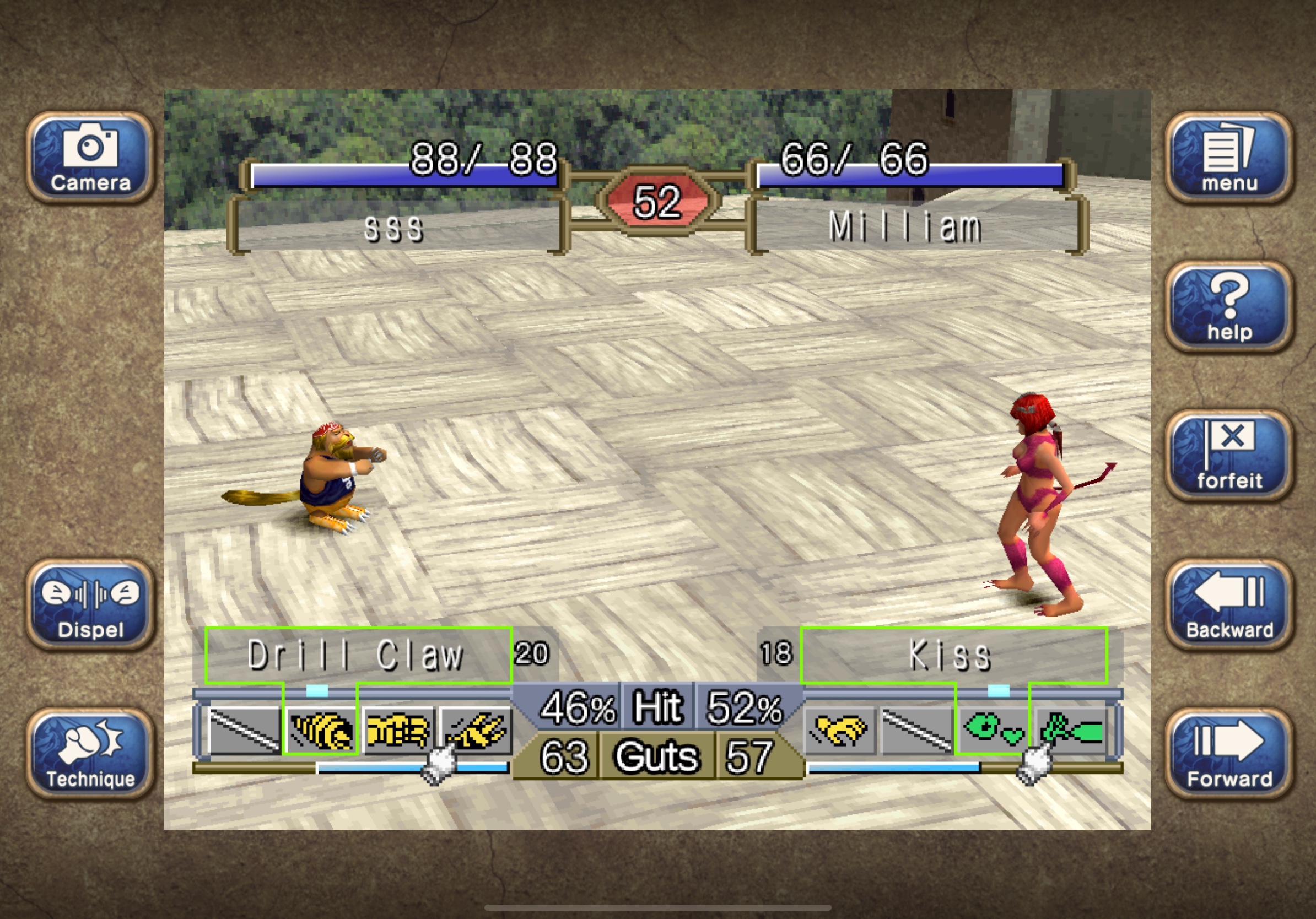 Until the newer ports were announced a little while ago for Japan, I had no idea what Monster Rancher was or how it played. I was hoping the games would be localized, but it didn’t look likely. When Koei Tecmo America and Europe announced an international release for Monster Rancher 1 & 2 DX , I was already surprised to see it happen. The fact that the collection was also released on iOS in the West was shocking, but I’m glad it has happened. Over the last week, I’ve been playing both Monster Rancher ($15.99) and Monster Rancher 2 ($22.99) on iOS, Nintendo Switch, and Steam.

If you’ve never heard of Monster Rancher (Monster Farm in Japan), it is a cross media franchise of simulation RPGs from Koei Tecmo that debuted on the original PlayStation and has since seen multiple games across consoles, PC, and mobile platforms. A lot of people mistakenly compare this series to Pokemon or even Shin Megami Tensei. While those two franchises bring monster collecting to RPGs, Monster Rancher are more simulation and monster breeding games that happen to have some RPG elements.

With so many developers and publishers looking to bring back classic games to modern systems, the approach usually varies. Some opt for full scale remakes while others do bare-bones ports that constantly remind you of the source material’s age. Monster Rancher 1 & 2 DX from Koei Tecmo is more of the latter with some improvements that make for a more enjoyable experience. Before getting into the games and the port quality, there is some confusion around the release and the naming across platforms.

Your aim here is to raise, train, and battle with your monster while making sure it is in a good mood and well. This takes place over different weeks as you take on tournaments to earn money and then get back to raising stats and more. Each monster in Monster Rancher 1 & 2 DX has its own lifespan and you keep generating more through the game’s nifty replacement for the CD system. This standout feature in Monster Rancher 1 & 2 DX has you inputting various song titles or artist names to use a song to generate a monster. The original games let you actually use a CD to generate a monster with some giving you better and unique monsters. This new database search method is a nice compromise.

I spent quite a bit of time trying out different songs to see how things played out. It was funny being able to generate a monster with Deafheaven’s Great Mass of Color or Tenacious D’s Pick of Destiny. Some songs generate special monsters that have certain requirements before you can use them.

A majority of the gameplay in Monster Rancher is menu-driven and that translates over very well to a touchscreen. The interface scales well on both iPhone and iPad. If you aren’t a fan of touch controls, Monster Rancher 1 & 2 DX includes controller support. I had no trouble playing with my PS5 DualSense controller on iPad. I found it much better with touch controls on the iPhone though. I had no trouble with touch or controller during any point of the games.

In terms of new features included over the original releases, both games in Monster Rancher 1 & 2 DX feature a fast forward option, higher resolution gameplay, a new camera option to capture screenshots and share them easily, an auto save option, the new database lookup for generating monsters, and more. Monster Rancher 2 also has a remastered soundtrack option. You can disable the sound completely if you’d just like to listen to your own music and play it on the go. 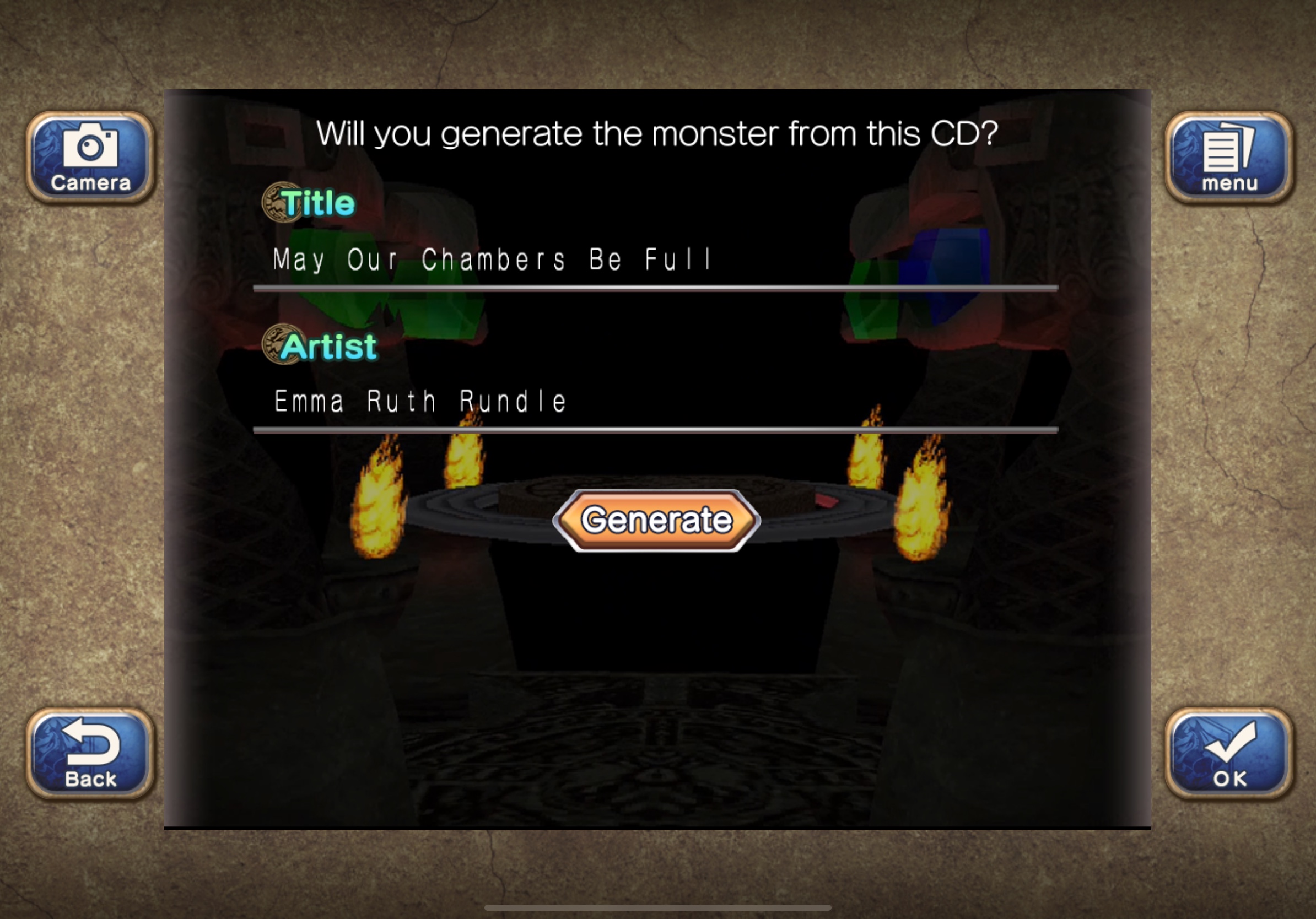 The gameplay itself is still letterboxed with artwork and borders on either side. This applies to all platforms. I was worried the game might end up looking blurry on modern iOS devices given the source material. I’ve liked the aesthetic since I looked up footage when the original ports were announced, and the latest release scales well across newer iPhones and iPads.

Barring the gameplay itself not being for everyone, Monster Rancher 1 & 2 DX has a few issues. The localization isn’t amazing. Some of the text feels like a direct translation and no editing. In its current state, there is no way I could find to get your progress from one device to another. Hopefully iCloud save support is added in a future update. 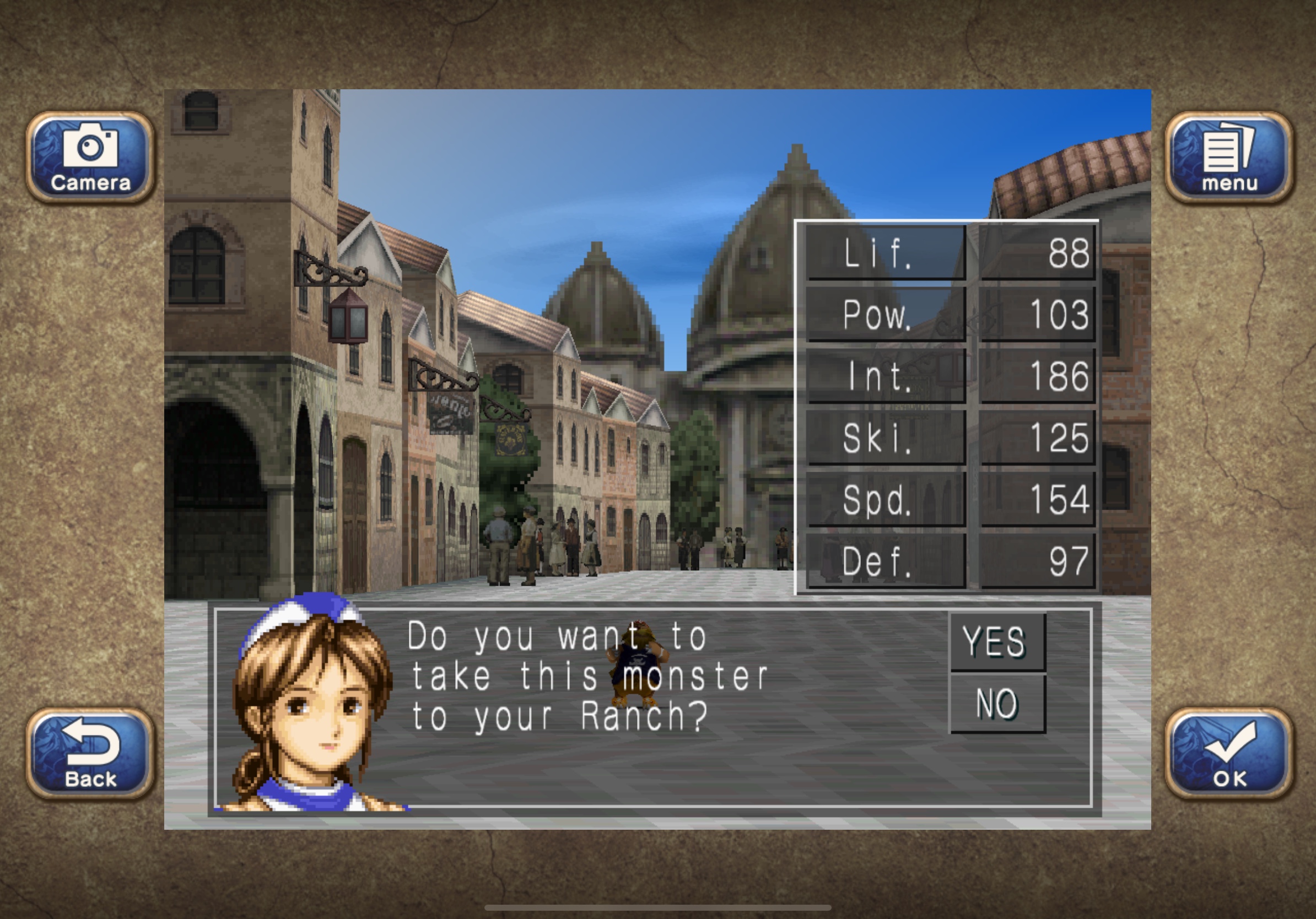 Having now played Monster Rancher 1 & 2 DX on PC, iOS, and Nintendo Switch, I figured I’d help potential players find the version that would work best for them. On Nintendo Switch, you have both games in a single purchase with button controls and no touchscreen support. On PC, both games are once again a single purchase with a launcher to select which game you want to play. The PC version also supports mouse controls. On iOS, you get to buy both games individually or in a bundle and have support for both touch and controllers. If you’re wondering if it is worth going for the iOS version over Switch, get Monster Rancher 1 & 2 DX where you’d like to play it. This release on Switch and PC was clearly based on the mobile version.

If you’ve not played Monster Rancher before and are wondering if these new ports are worth your time and money, the answer is yes with a few caveats. While I’m pleased with the controls, visuals for the most part, and new features, these two games are quite dated. The asking price might turn some people off given the visuals and screenshots, but I’d definitely look into getting one or both of the games in Monster Rancher 1 & 2 DX when discounted as a curiosity. For longtime fans, Koei Tecmo has done a good job of retaining the original aesthetic while implementing a nice compromise for the CD-generation system for monsters here. Hopefully iCloud save support is added in because that’s all I miss in this release right now.