What was the biggest challenge you faced when developing Arkeim – Realms at War? 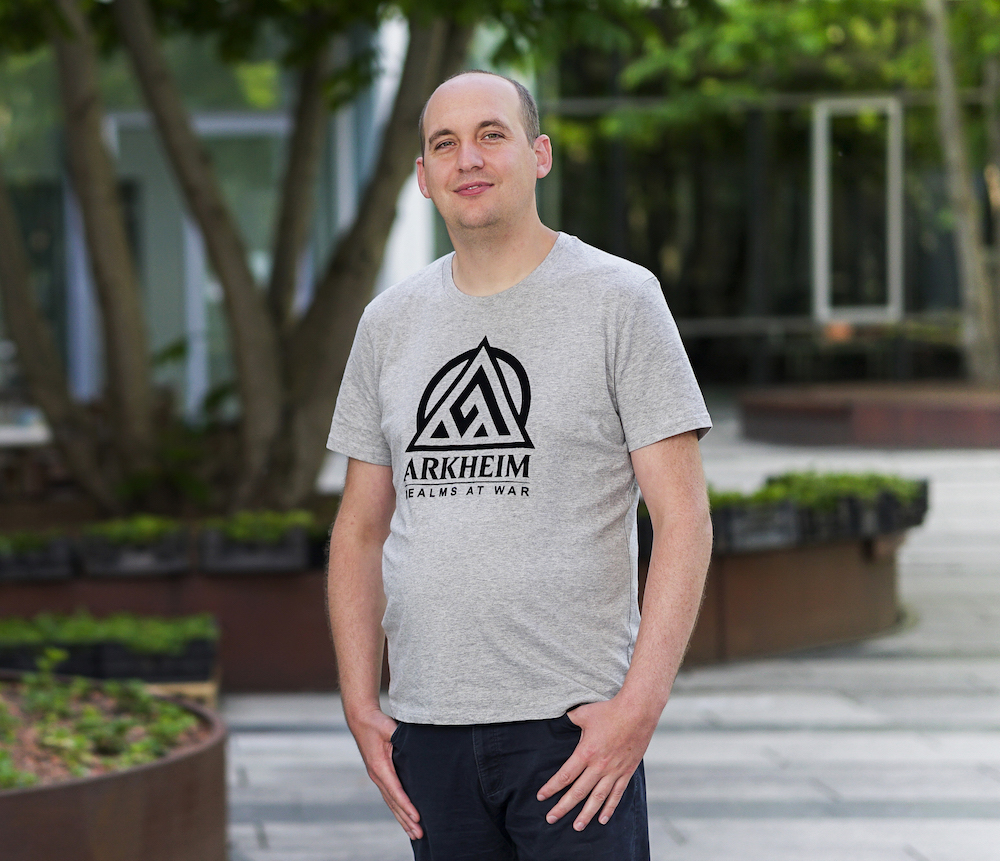 With Arkheim – Realms at War, our goal was to create the ultimate team-based 4X MMO strategy game. Up to 15 players cooperate closely in a Realm to expand their shared Realm’s territory over the map of Arkheim. During development, one of the biggest challenges was to get rid of the typical genre conventions and create new game mechanics that harmoniously supported this approach. After many iterations, we feel we’ve achieved this goal and now have a tense and exciting fantasy war game with mechanics that reflect this. In contrast to other games, our game world is finished after ten weeks, with a clear winner.

What aspects of the game do you think will appeal most to new players?

There are many aspects of Arkheim – Realms at War that will appeal to new players. First is the fact that Arkheim – Realms at War is a heavily team-based focused game. You need to work closely with your Realm and fight others over territory to gain troops, resources, and arcane orbs, a vital component to ascend to higher islands. The second is that your personal town and progress are safe and cannot be attacked by other players. This gives new players more breathing room, allowing them to comfortably adapt and learn about the world of Arkheim and its rich team-based mechanics. 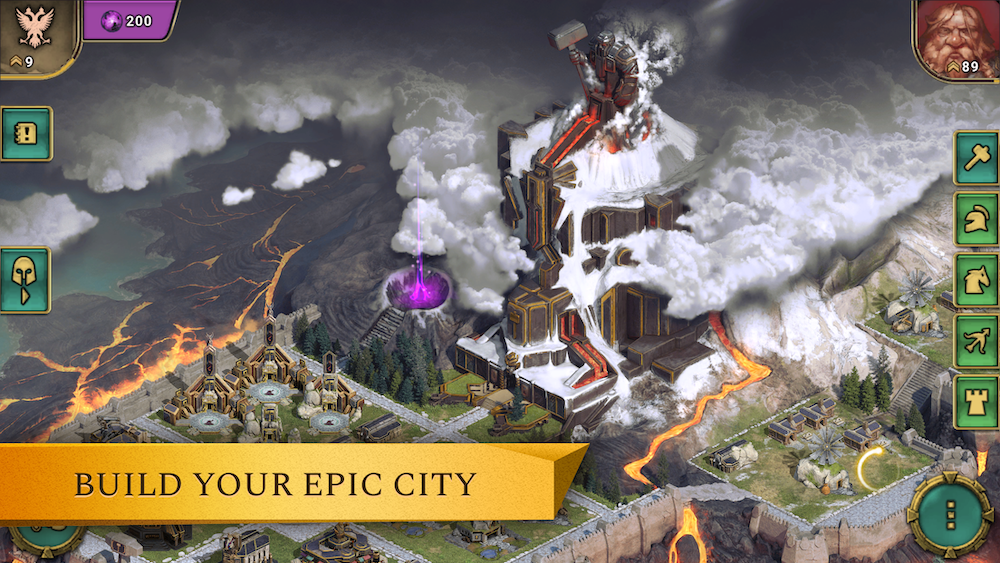 I mentioned ascending to higher islands. This is something else new players will find appealing. The act of ascending is essentially Realms moving to higher islands which are more competitive, strategic, and chaotic the higher you climb. It’s like a league matchmaking system. With our structure of game worlds lasting 10 weeks, once a game world ends, the world resets, and everyone will start from the beginning. This gives everyone, especially new players, a fair chance to compete for victory!

Can you explain a little bit about its strategy elements and how they help give Arkheim a tactical edge over traditional city builder games?

Everything you do throughout your 10-week game world in Arkheim – Realms at War, there will be some form of team-based gameplay involved. Team-based gameplay is an essential part of a Realm’s success and one of the many core mechanics making Arkheim such a unique experience for new players and veterans to the genre, and something that sets us apart from the competition.

Because of this, constant communication and strategy are required, with real-time consequences to those player-driven decisions and actions. Players can quickly form new Realm alliances or break them, creating a tense, competitive atmosphere on the battlefield. You’ll need to plan carefully with your Realm for the utmost success. 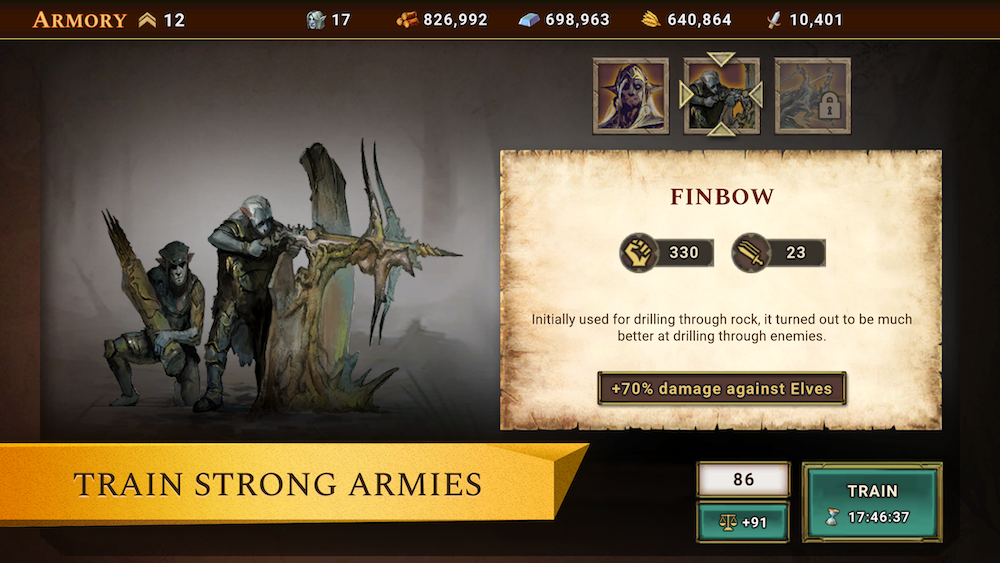 In addition, you’ll need to keep an eye on your neighboring Realms and what they’re doing, reacting accordingly to their tower placements, tactics, and wars. You constantly need to think strategically. Diplomacy is vital, but sooner or later, conflict will become unavoidable; how will you handle this as a Realm? Your Realm must go to war, how will you fight? What unique and customizable Warlords will you and your Realm use for the upcoming battles ahead? All of this and more need to be considered. This, we feel, gives us another edge over your traditional city builder games.

If you plan well, you’ll win the wars and gain tributes from them, a reward for your Realms tactical trickery or overwhelming power… Or both. You won’t find another strategy game quite like Arkheim – Realms at War, where thousands of players interact and visualize their actions in real time over a single map, in true cross-platform fashion!

What is Arkheim’s community like and have any player suggestions made it into the game so far?

First of all, I really want to take this opportunity to say thank you to all of our incredible early access players! The Arkheim – Realms at War community are a highly passionate group of players who have positively impacted and improved our game with their constant input, suggestions, and feedback. From deep dives into game design discussions or minor UI improvements, the community is always there, supporting and helping us, and for this, we’re incredibly thankful.

They’re also extremely welcoming to new players who are taking their first steps into Arkheim. So, if you have any questions about the game, you should join our official Discord!

Will you be adding new factions to the game in future?

Yes. We plan to introduce a long-awaited race by the community, humans, in the future!

Lastly, what can fans look forward to in terms of updates in the near future?

We constantly updated Arkheim during our early access phase and will continue to do so in the future. The topics are vast and range from introducing additional item tiers in the last update to improving the visibility of past fights on the map in the next. In addition, there are plans to introduce more Realm roles for better communication and cooperation and, of course, adding the third race, humans, with more content planned for the future.

Download Arkheim – Realms at War for iOS and Android, or check it out on PC as well.

This article is sponsored content written by TouchArcade and published on behalf of Travian Games to promote the global launch of their fantasy MMO Arkheim – Realms at War. For questions or comments, please email [email protected]