Hello gentle readers, and welcome to the SwitchArcade Round-Up for April 29th, 2021. Relative to some weeks, we don’t have a whole pile of new releases to look at today. Just a dozen or so. But there are quite a few games of interest in that bunch, so you may end up spending big anyway. Of course, tomorrow has its own treats to enjoy. Aside from the new releases, we’ve got some incoming and outgoing sales to check out as well. Let’s get to it! 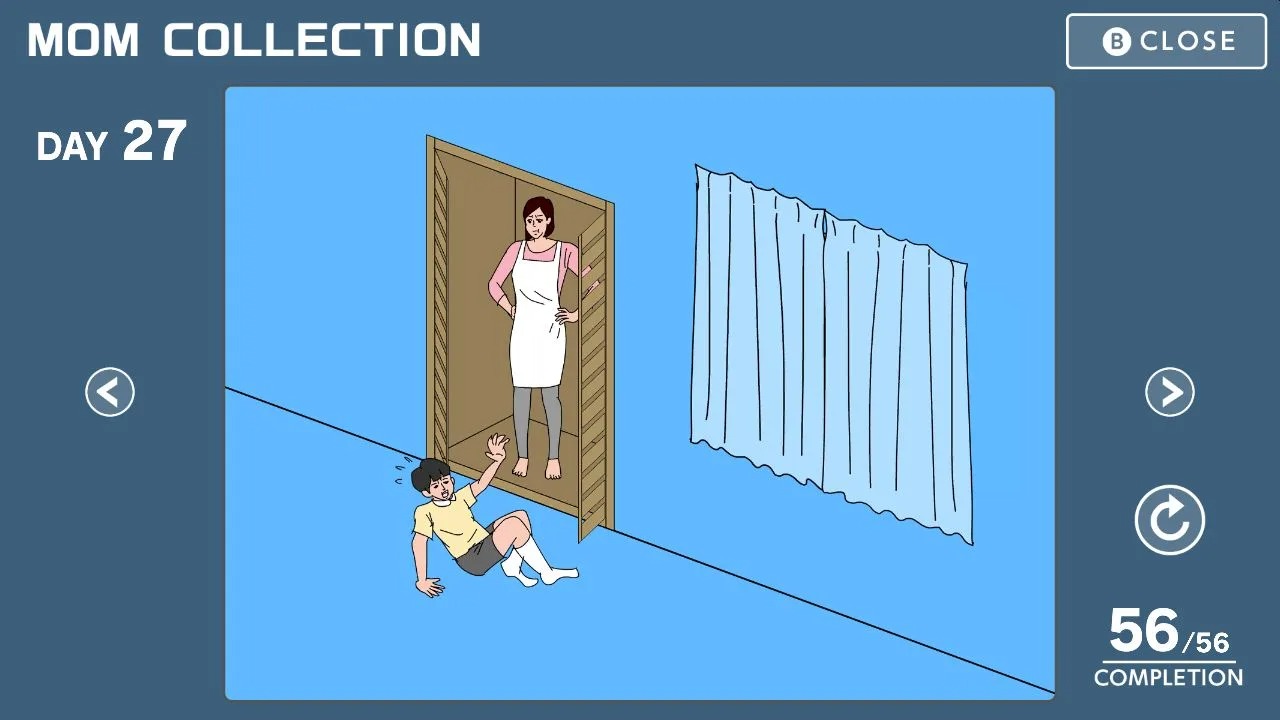 I really like the Hidden My Game By Mom/Mom Hid My Game series. The puzzles are fun to figure out, and there’s usually some sort of clever ending to them. Sure, you won’t get hours and hours of entertainment out of them, but that’s fine sometimes. You can play these games on your mobile device and I think they’re fine over there, but five dollars to play on the Switch isn’t such a bad deal. If you haven’t played any of the series before, you should probably go grab the original game first. After playing it, you’ll probably want this second one too. 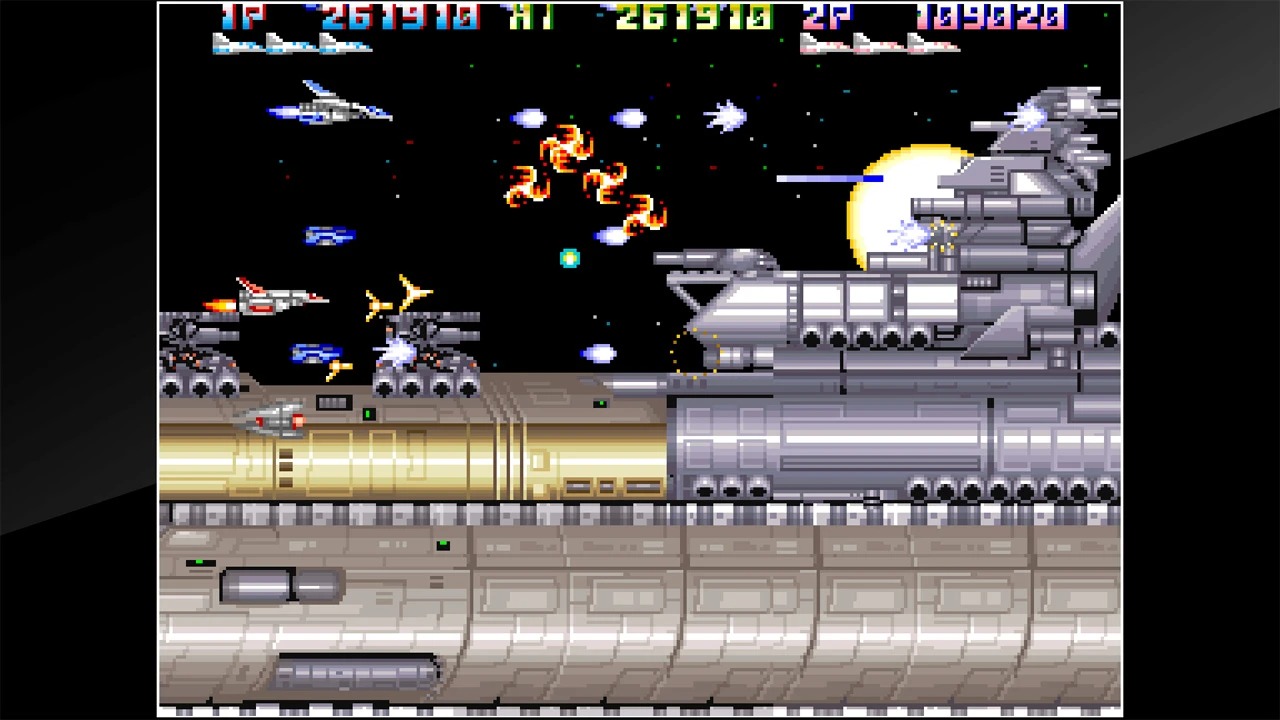 Hey, it’s a Konami Arcade Archives release that isn’t in the anniversary set. That means it is decidedly of interest. This 1991 sequel to the original Thunder Cross is a fairly predictable follow-up, but it’s quite good. I mean, it’s definitely in the B-tier of Konami shoot-em-ups, but a B-tier by Konami standards is a safe A compared to most others. Note that this is one of those shoot-em-ups that allows for two players simultaneously. Hamster has done its usual fine work with this version, adding the usual options and features. 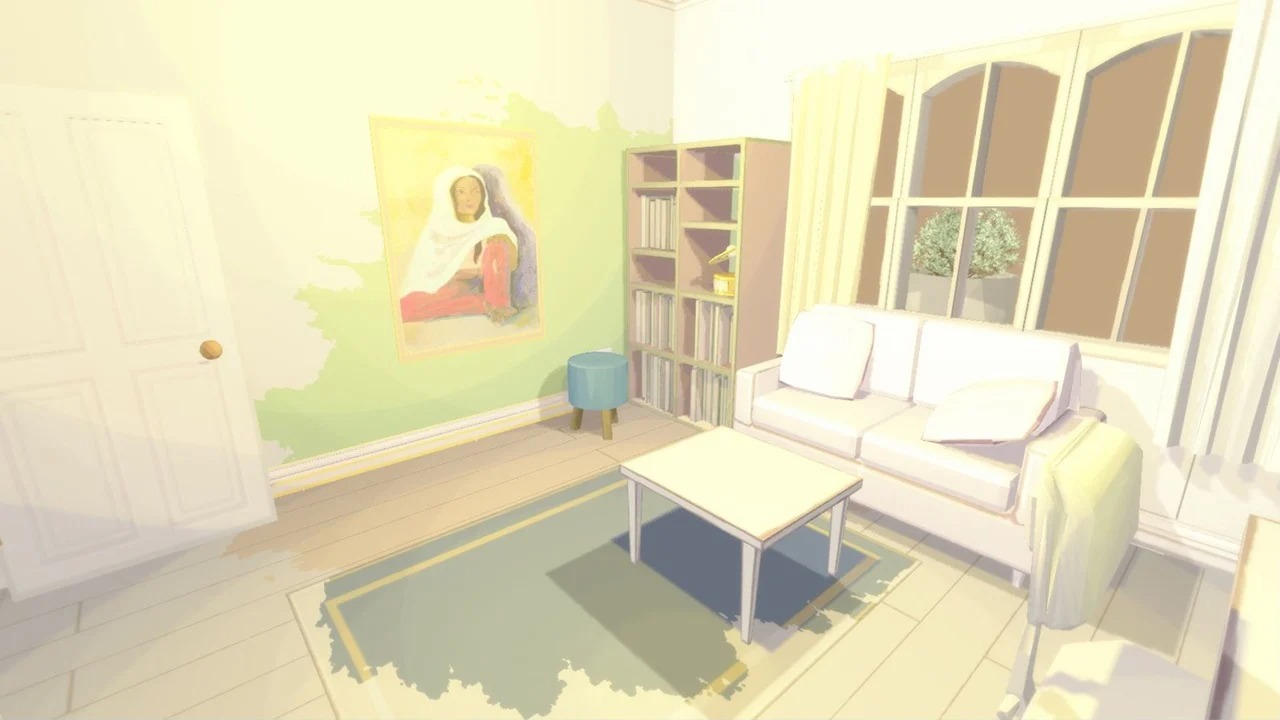 Okay, first of all: this is a short, narrative experience. It takes about an hour to get through, so if you’re not comfortable with that value proposition, this might not be for you. The main character is a woman named Sunita, and the setting is a house. I don’t want to tip too much more of the story than that, but Sunita suffers from dementia and it sits at the core of this game’s story. Your discoveries about Sunita and her life are as surprising to her as they are to you. It’s a bit… I don’t know, a bit sad? But also kind of happy in a way? This game made me feel. If you also would like to feel something today, pick it up and give it a go. 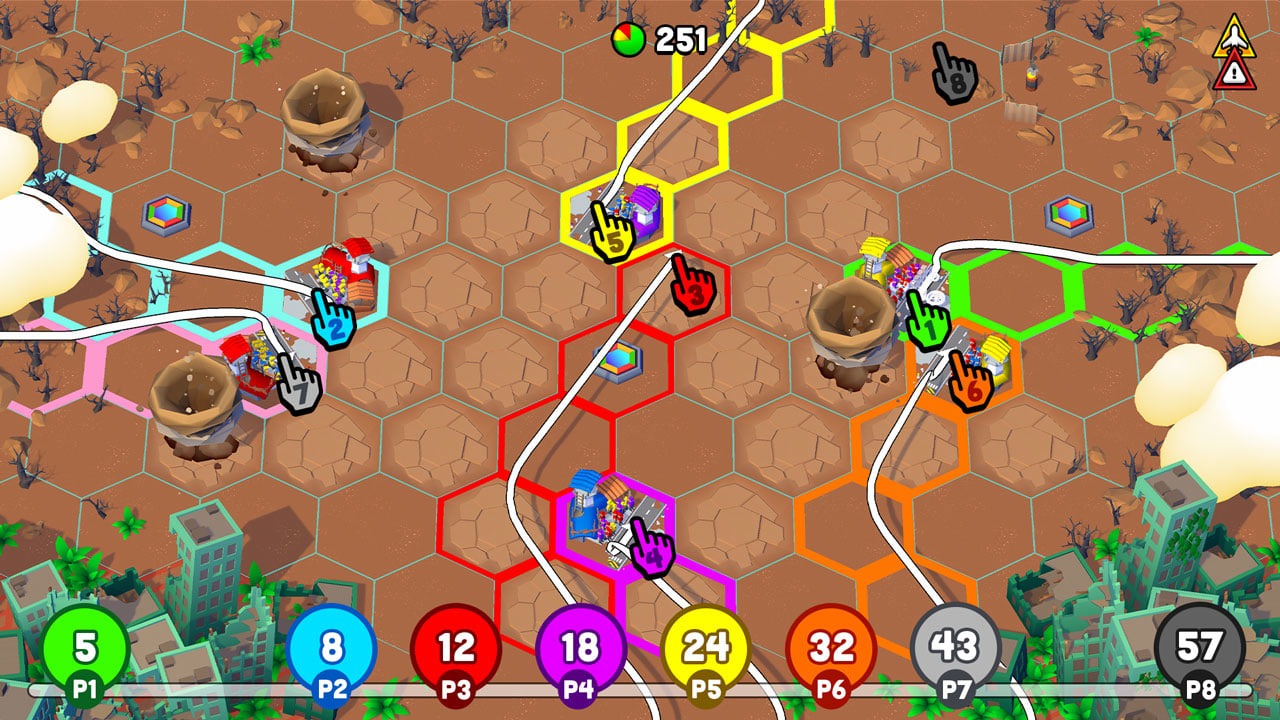 This is the follow-up to Conduct Together!, and it’s safe to say that if you liked that one you should give this one a go. Not sure why trains and planes appear to go together in gaming, but I suppose there are a lot of common elements between the two. Anyway, this takes the concept to the skies and ends up being just as much fun. Plan routes, mess with the other players, earn coins, unlock new stuff, and just have a good time. Up to eight players can join in via local multiplayer, so this is a good one for parties. All those parties we’re having right now. No online, sorry. Solo players will find plenty to enjoy in the campaign mode, at least. 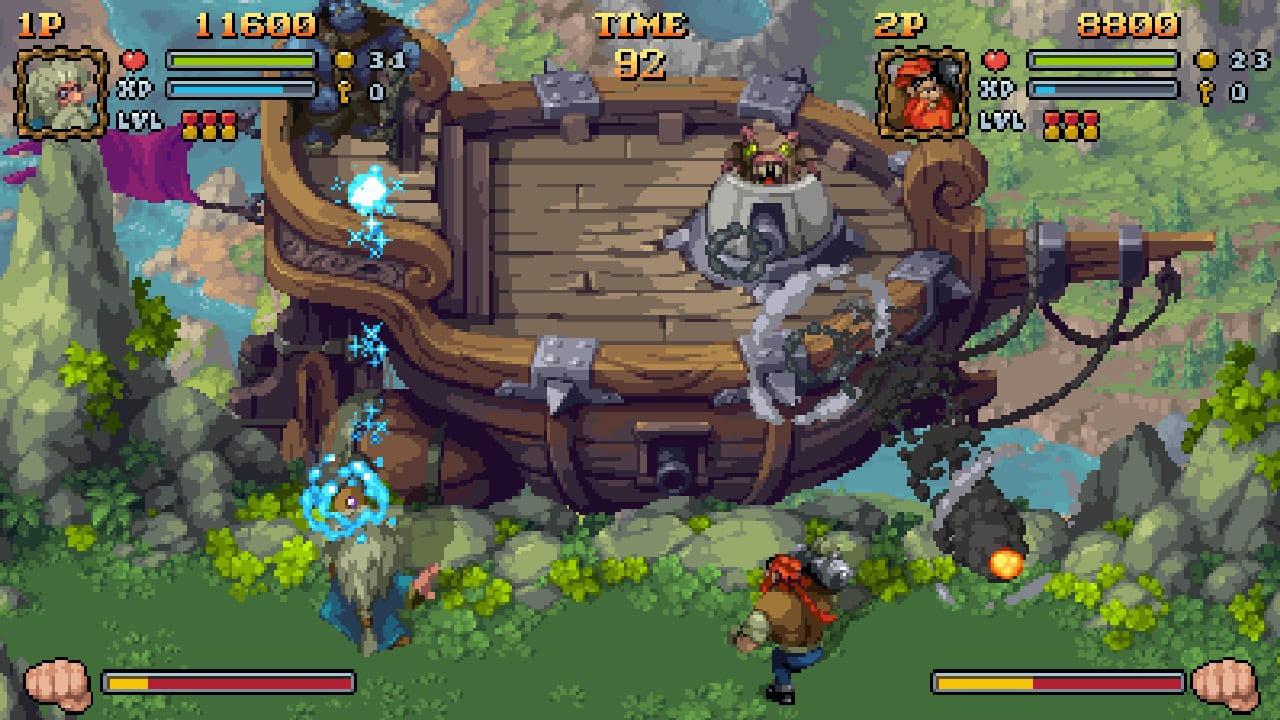 Battle Axe is a gorgeous top-down action brawler with pixel art by Henk Nieborg and a soundtrack by Manami Matsumae. Choose from a few different characters and head out on a sorceress hunt to save your land. Two players can go together via local co-op multiplayer, or you can tackle the challenge alone. It’s a bit on the short side, but that’s to be expected with this level of detail in the art. What’s here is very well-done, and you’ll definitely have a blast while it lasts whether you’re with a buddy or playing on your own. But again, be aware: it isn’t super-long. Think of it as a beat-em-up from a different perspective and I think its length is about right. 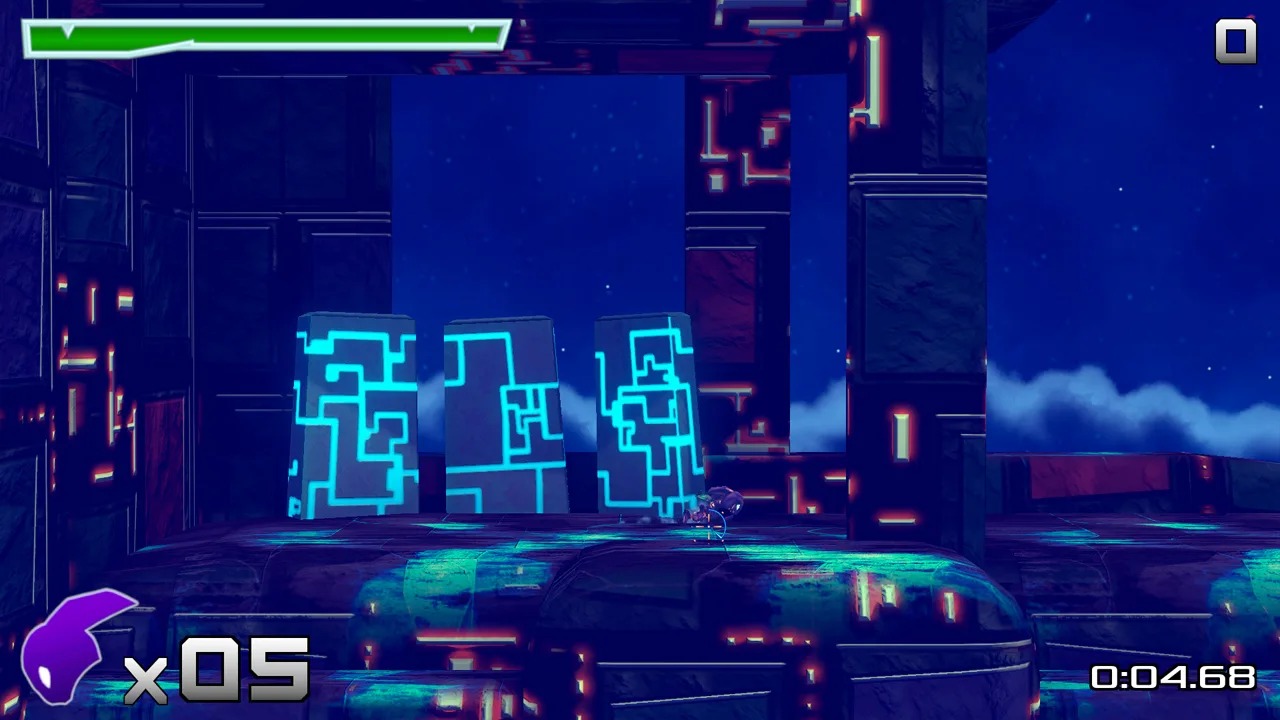 This is an affordable platformer that seems to have garnered quite a few fans on other platforms. You play as this weird robot bunny thing, and you can throw your arm like a boomerang. It can be used to attack enemies, pull yourself around, and perform various other tasks. While there are some clear flaws here (the level designs in particular leave me cold), the basic act of controlling your character and moving about works very well. Just be warned: it’s very hard. Lots of checkpoints, so it’s not punishing. But it is tough. For a fiver, it’s not a bad pick-up. 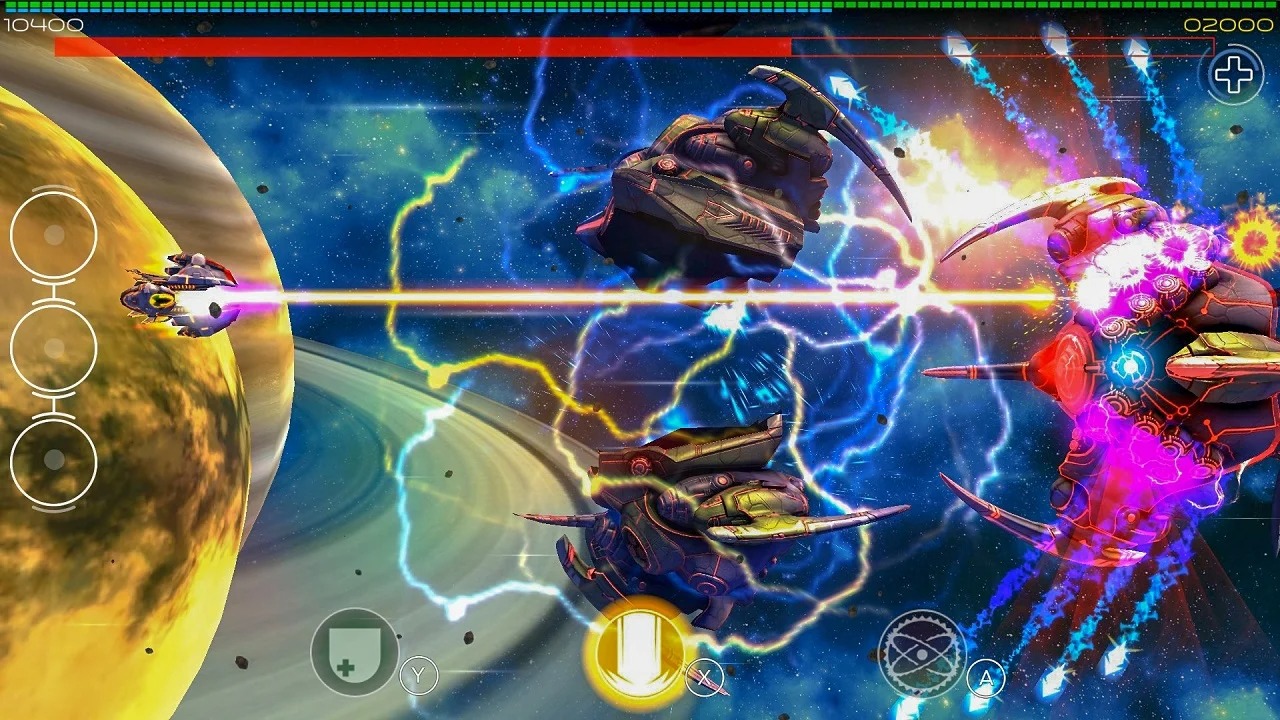 Pretty bad luck launching a rather middling horizontal shoot-em-up the same day a somewhat uncommon Konami horizontal shoot-em-up hits for only a few dollars more. There are a few different weapons and ships to use, and an upgrade system that encourages some grinding. It uses a space theme, which the description assures us is “popular". Well, yes it is. Glad to be playing a game with a popular theme, thanks for informing us. While I like the colorful visuals, there are better ways to spend your shoot-em-up money today, friends. And that’s not even mentioning that there’s a new R-Type hitting the eShop tomorrow. 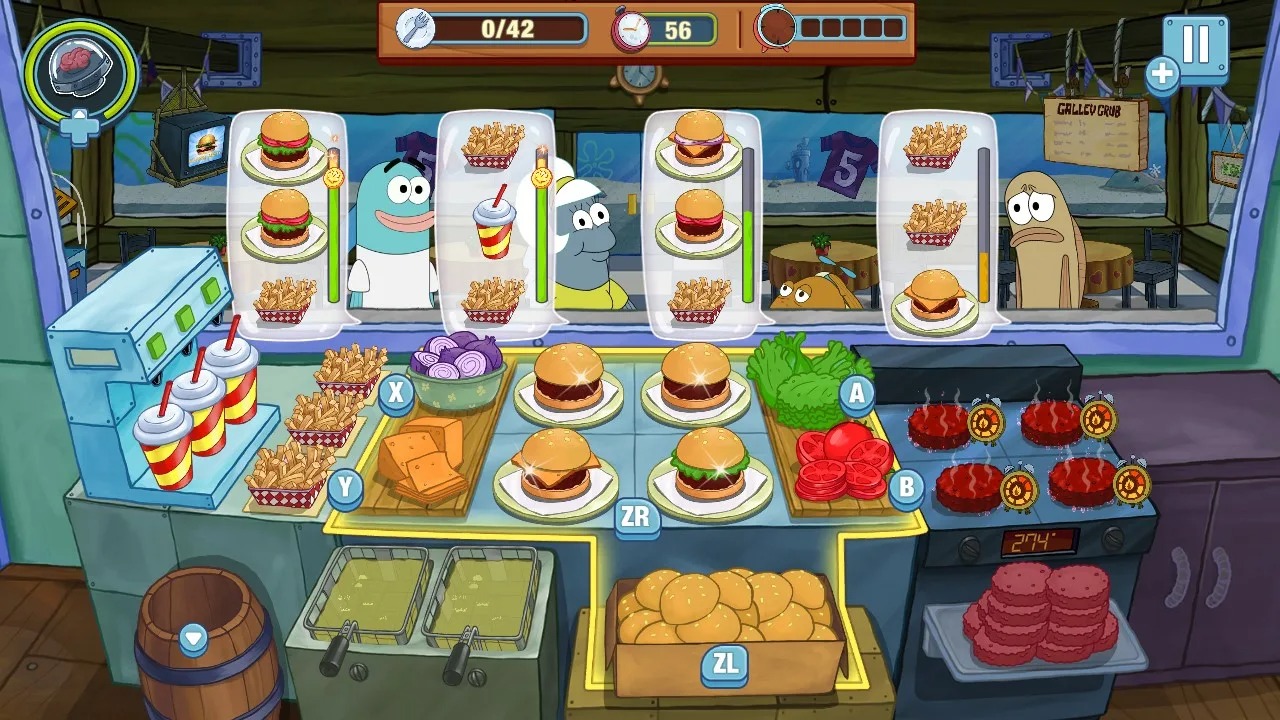 Really? The boldness, friends. The sheer boldness. So, this is a free-to-play mobile game that has presumably been rebalanced for a premium release, with a few new power-ups added in for good measure. It’s a cooking game, like those cheap Baltoro games that you can get for a few bucks each. Except this one has Spongebob, so it costs thirty dollars. Absolutely absurd. Go buy a Cook, Serve, Delicious game. Or maybe one of the aforementioned Baltoro games. Or even Piotr Skalski’s low-priced knock-offs. Or just download the free version on your mobile device. Geez, Tilting Point. Just… geez. 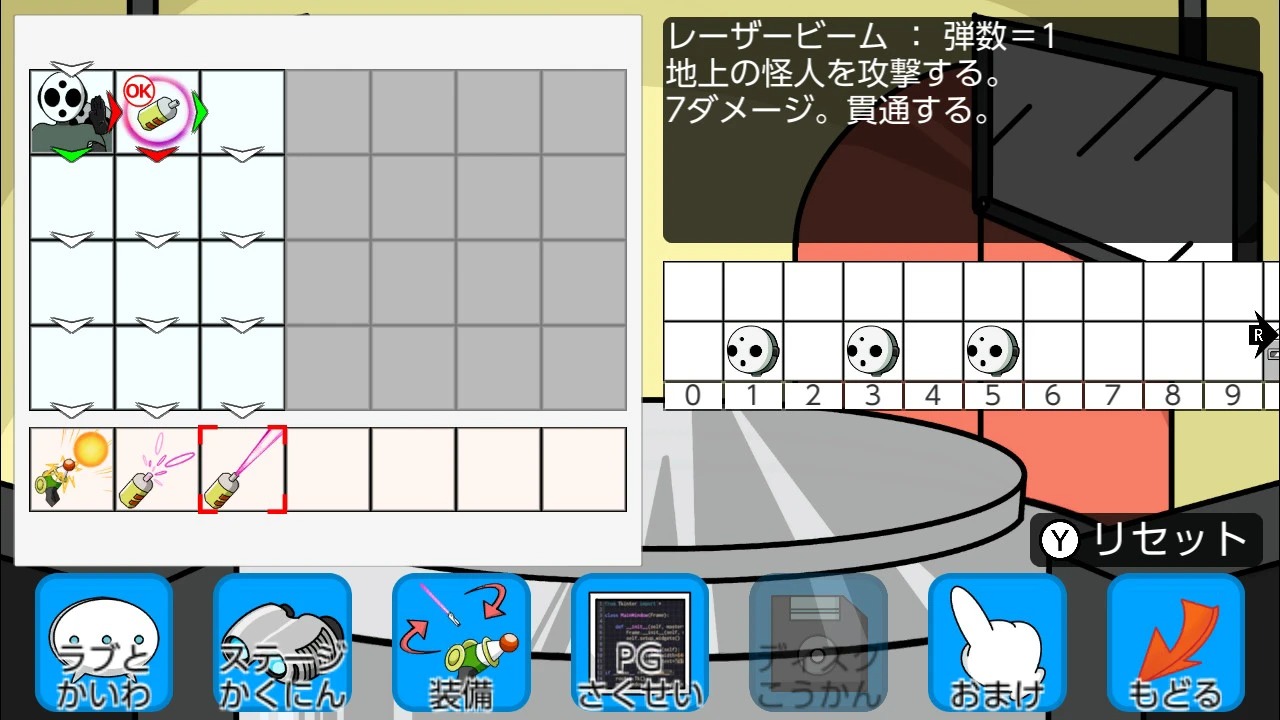 Okay, I’ve just written this game’s title out in English letters because I’m not sure if our site backend supports kanji. The name translates to AI Fights in the Center of the World, a title that is a parody on the title of a 2004 Japanese film named Crying Out Love in the Center of the World. I have no idea why, but that’s only one of the questions I have about this release. A fully Japanese title. A text-heavy game with only Japanese text available. Why was this released on the Western eShop? The idea here is that you program your AI units using blocks, then have them do battle against incoming enemies. It seems like an okay game for three dollars, but if you can’t read Japanese, don’t bother. 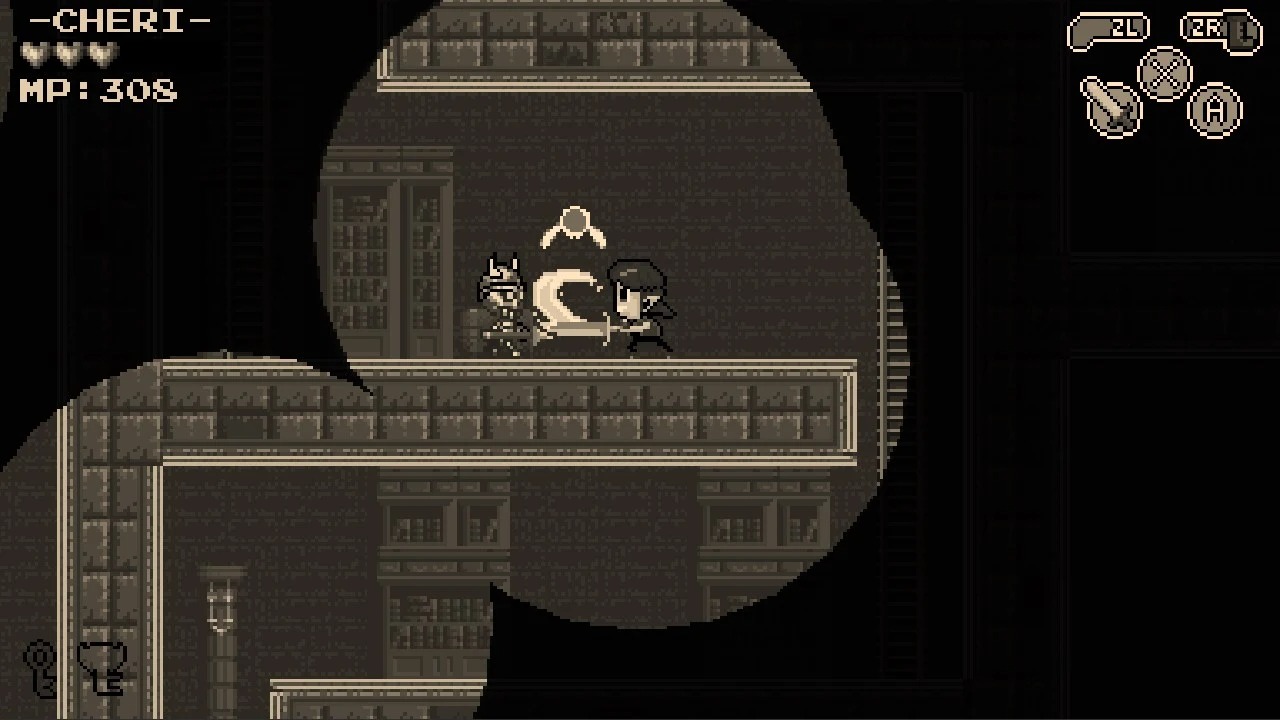 Well, I guess someone enjoyed Cuphead. This is a follow-up to Reknum, a thoroughly mediocre action platformer with a faux-retro pixelated appearance. And it looks very much like the same engine and many of the graphical assets were used to make this game, except everything is in greyscale. Why? Judging from the promo art and video, it’s trying to evoke classic Western cartoons. But since the in-game graphics don’t reflect that vision, it’s all kind of moot. Well, I’m sure it’s at least as good as the first game. Maybe that’s enough for some of you. 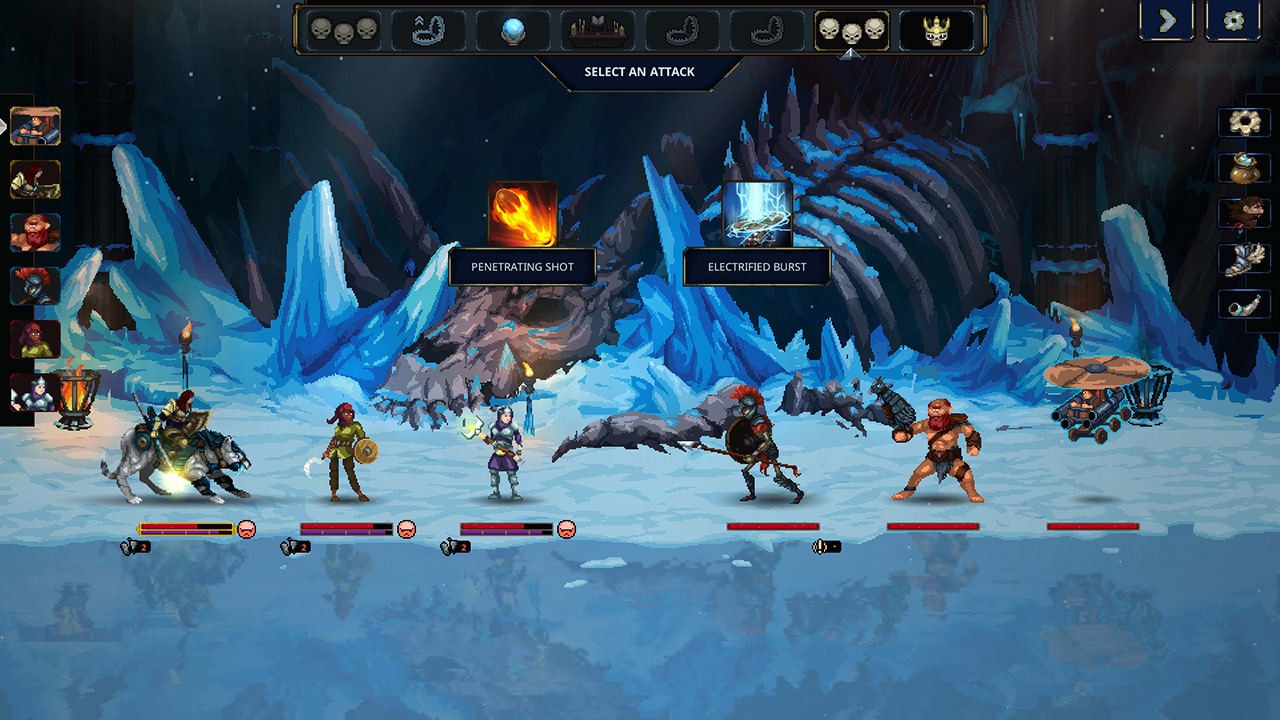 Another game in the vein of things like Darkest Dungeon or Slay the Spire, but with an interesting spin on the formula. It’s pretty decent, and has generally gotten good reviews on other platforms. You’ve got a new job as a dungeon master, and it’s up to you to protect your company’s dungeons from pesky heroes. Hire monsters, manage your traps, and when you think your dungeon is ready, open the doors to the heroes and (hopefully) watch them fail. Your traps will weaken them, and if they run into any of the creatures in your employ, a turn-based battle will break out. Guide your employees to victory, then get back to planning for the next attack. It’s no Dungeon Keeper, nor is it up to the games I mentioned earlier, but it’s good fun in its own right. 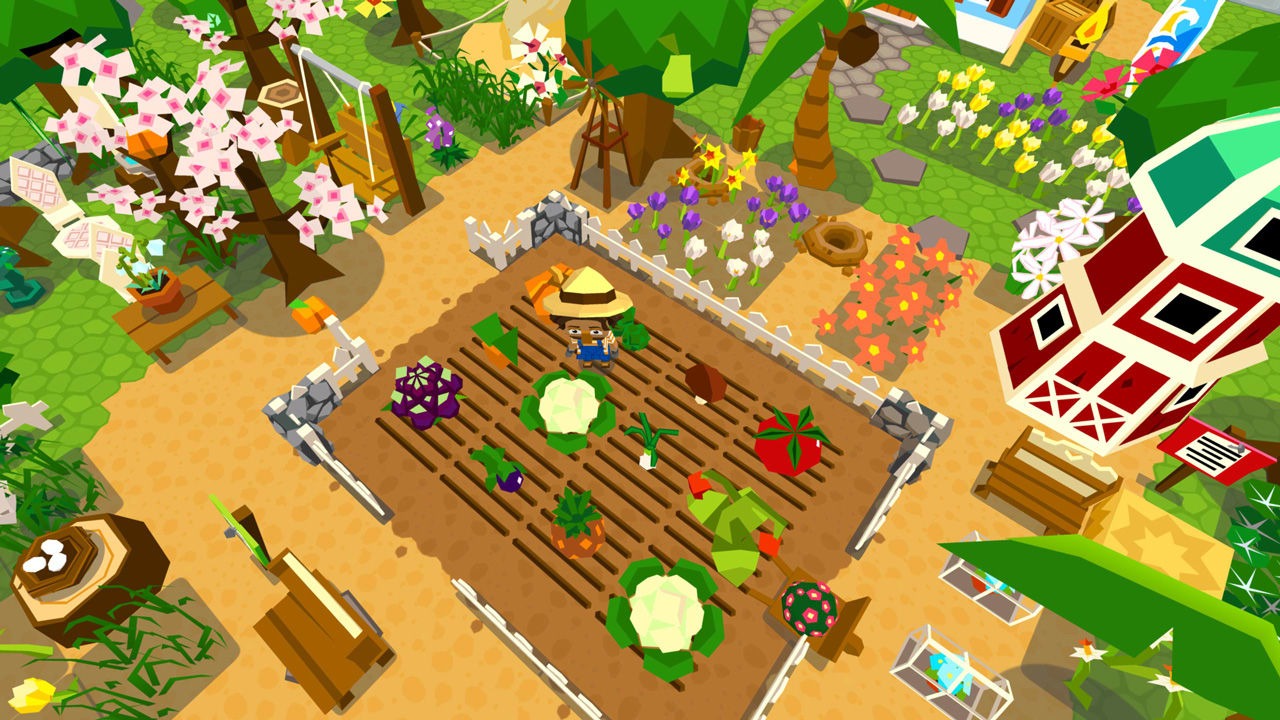 This is essentially Animal Crossing on a budget. It’s a third of the price of the game that it aspires to, but is it a third as good? No, no it isn’t. But it’s not terrible, either. You can try it out for free on mobile, of course. That is where it was born, after all. This version basically acts as though you have the Forever VIP IAP. It’s extremely repetitive, and you can tell it was originally tuned for a free-to-play experience. And hey, Animal Crossing is also pretty repetitive. But this game gets old a lot faster, and I’m not sure it should really command the price it’s asking with how much stronger the competition is on this particular platform. If you’re completely done with Animal Crossing but want something somewhat like it to hold you over until a significant update arrives, this will do that job. 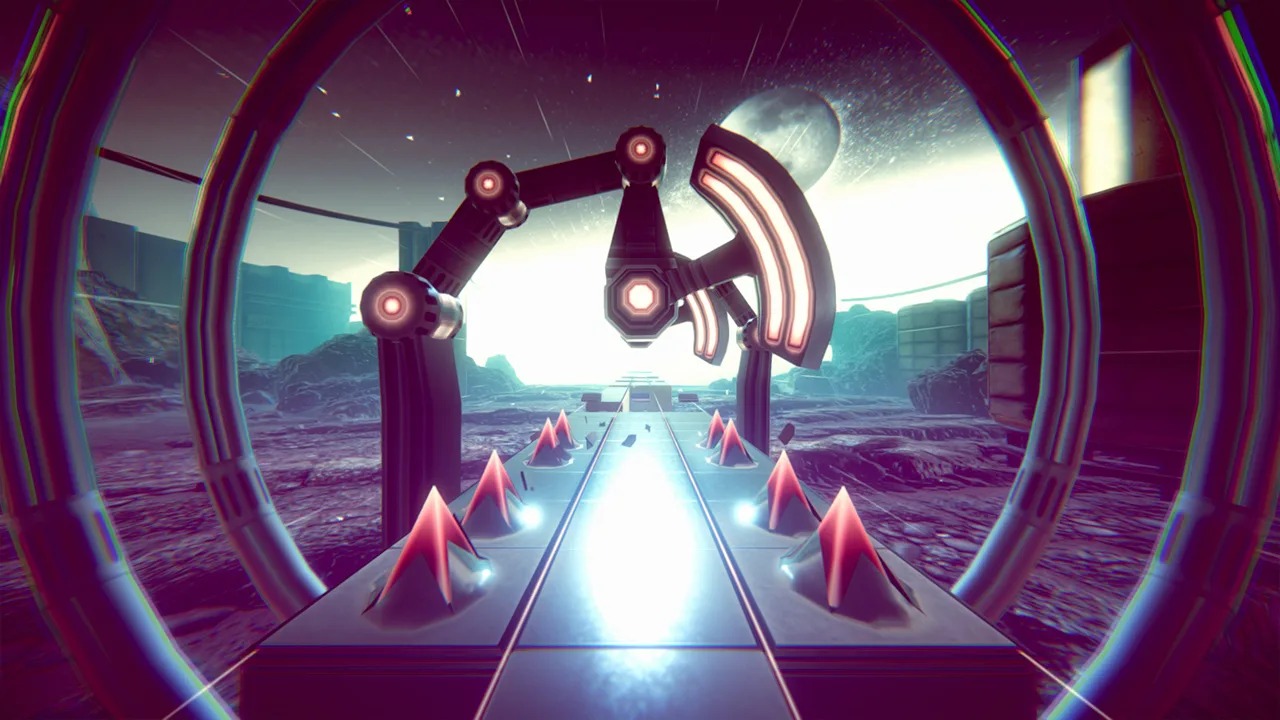 Super Glitch Dash makes its way to the Switch after finding a fair bit of success on mobile. It’s a first person runner with a literal twist. You have to use all of your moves to avoid or overcome obstacles, up to and including rotating the play area. This looks like a fairly straight port of the mobile version, so if you want to get a feel for it, do check it out on your mobile device. It’s free on the App Store with a $4.99 unlock, so you can at least give it a go before you commit any money on either platform. I’m not too big on playing this sort of game on my Switch, but if you are this is certainly a decent one. 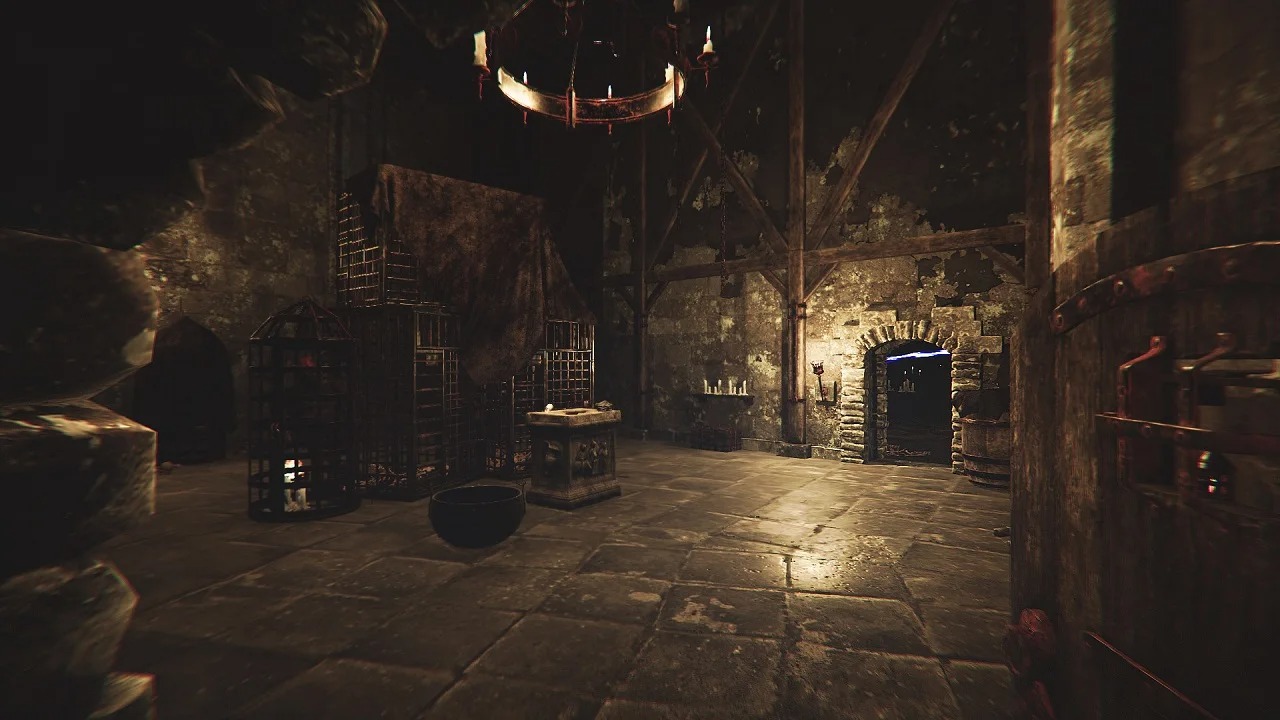 Three of these, eh? Well, alright. It’s another spooky escape room game, with three different locations to play. Over on home computers, this series has VR support and multiplayer. I can kind of see some semblance of a hook there. Here, it’s just single player and obviously doesn’t support VR. While the price is reasonable, I think you’d have to be pretty thirsty for room escape gameplay to be satisfied with this. You’ll get more out of those badly-translated Cape Escape titles. But I suppose if you enjoyed the first two, you won’t find this one worse.

Horace is on sale! Buy Horace. It’s so good. Lots of other good stuff in the mix today as well, like ABZU, Touhou Spell Bubble, and Megadimension Neptunia VII. Not bad given it’s a Thursday and the bulk of the new sales will be piled into tomorrow’s article. There are some nice games in the outbox as well, including Jenny LeClue, Tangledeep, and Golf Story. Have a good look through both lists to see if there’s anything you’re into. 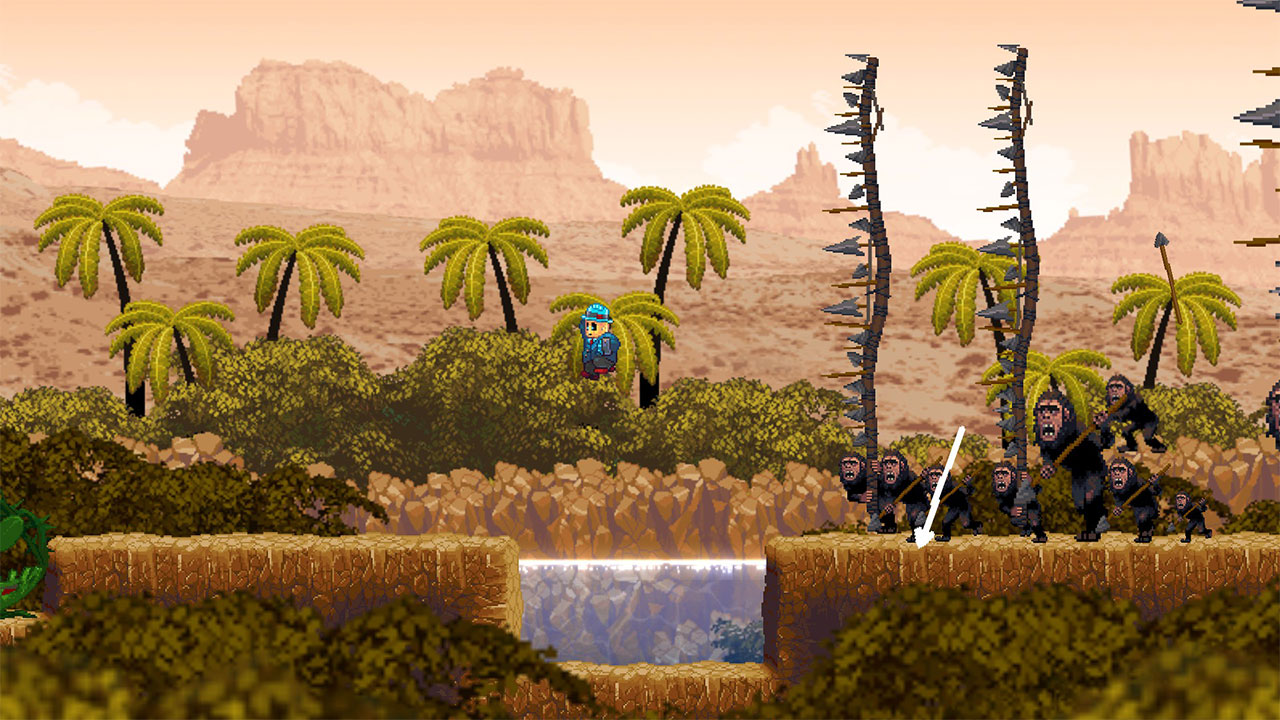 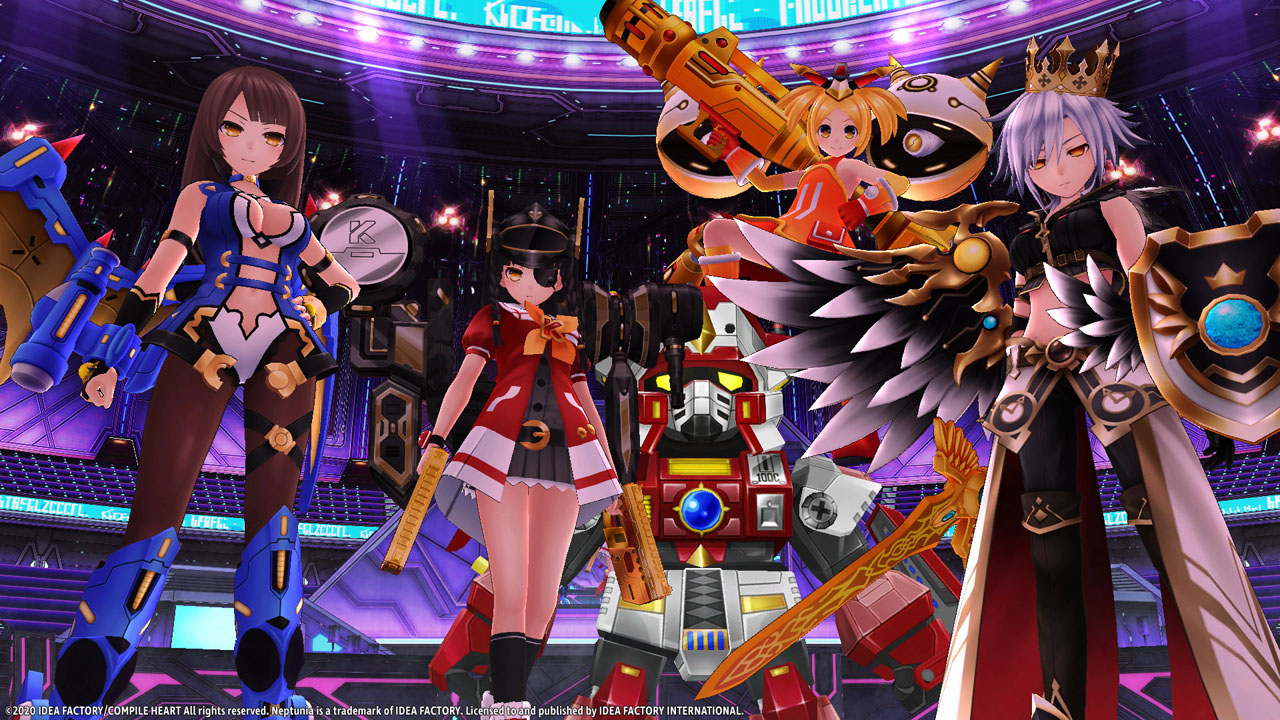 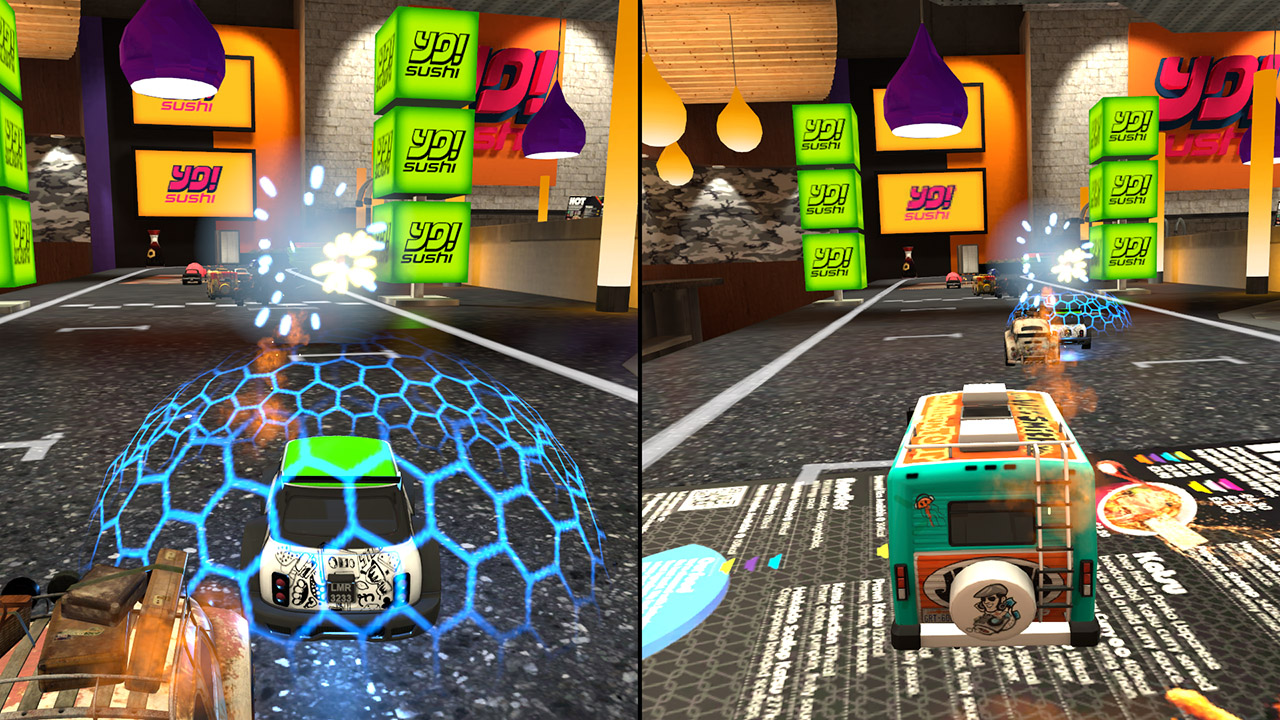 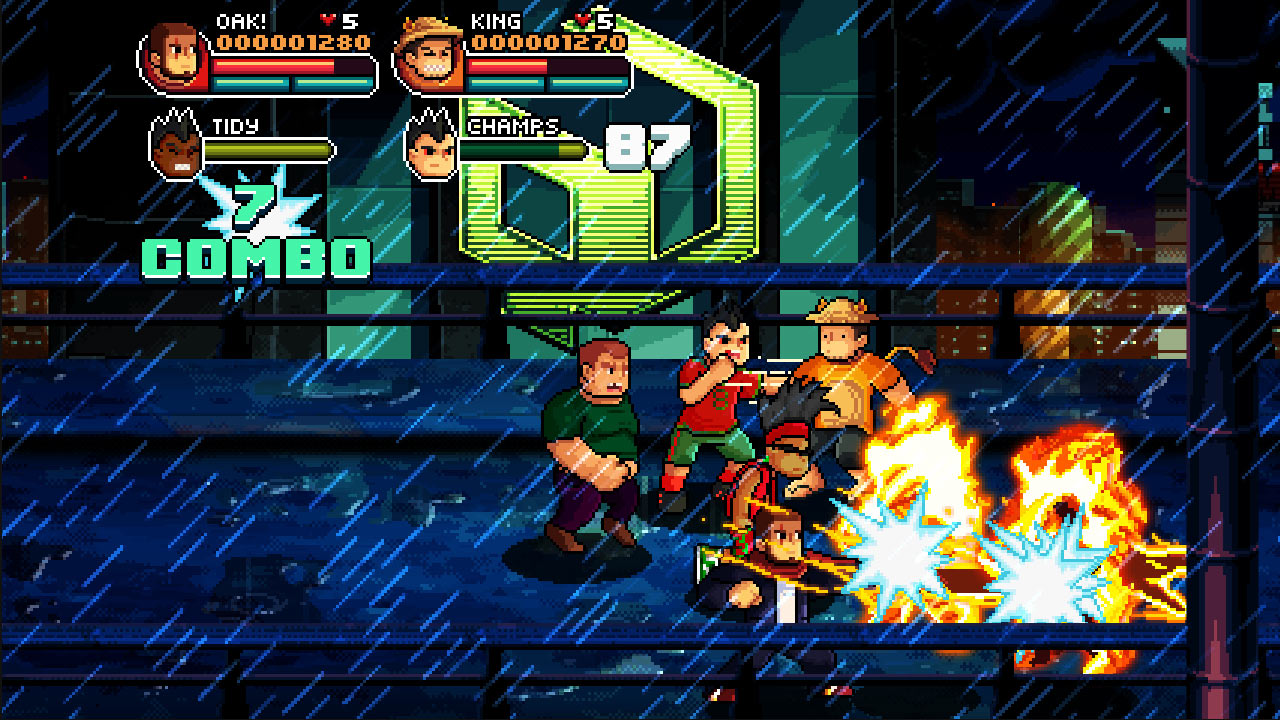 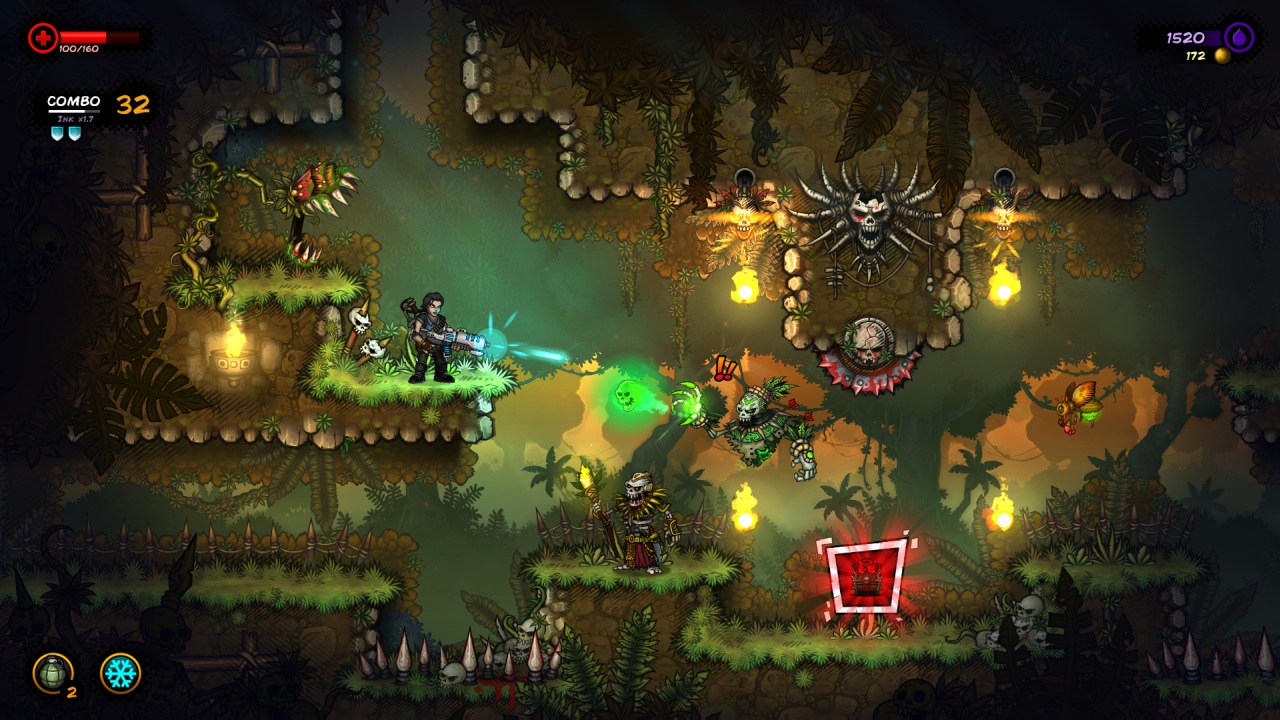 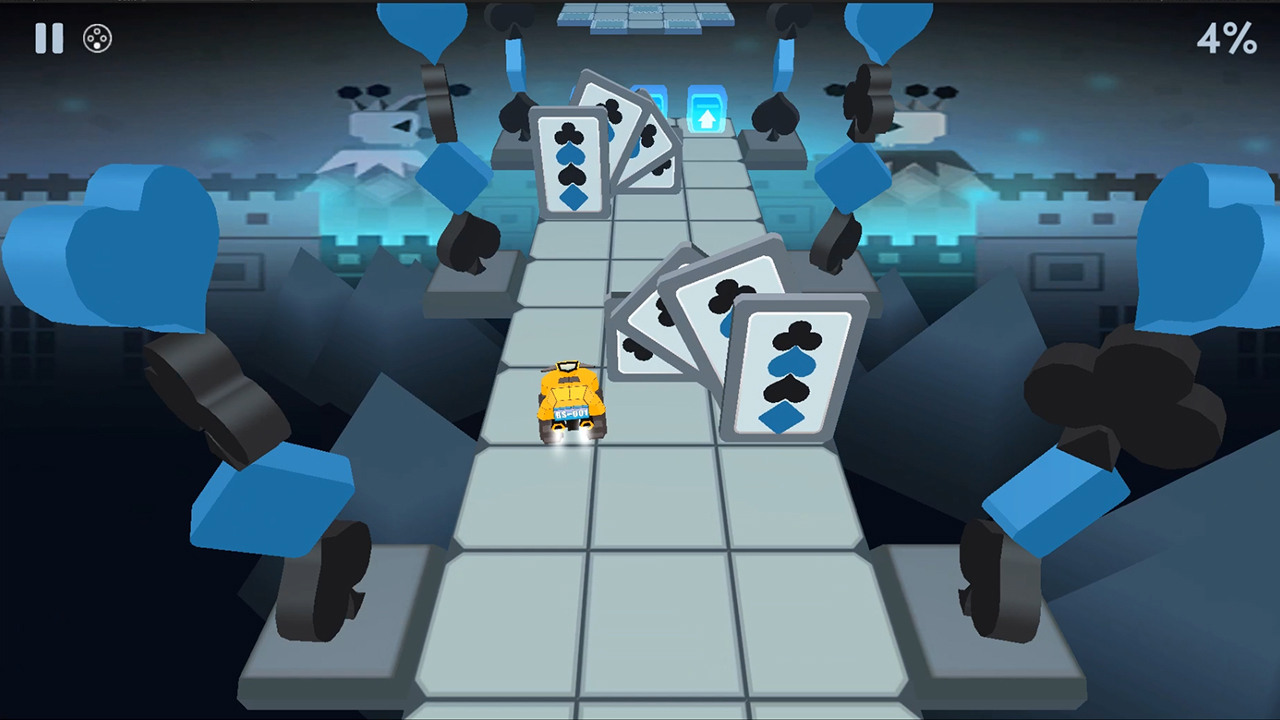 That’s all for today, friends. We’ll be back tomorrow with the rest of the releases for the week, including New Pokemon Snap and R-Type Final 2. There should be a very large list of new sales to dig into as well. I hope you all have a thrilling Thursday, and as always, thanks for reading!