I don’t know what it is about weird games and pigeons, but it’s kind of a thing. Whether it’s pigeons that race against each other in airplanes a la the Pigeon Strike games, pigeons that are all vying for the heart of a human girl a la Hatorful Boyfriend, or “Grand Theft Auto but with pigeons" as in the upcoming Pigeon Simulator on PC… it seems there’s a weird pigeon game for all sorts of gaming tastes out there. Now London-based developer Wristwork is throwing their hat in the weird pigeon game ring with their upcoming title Pigeon: A Love Story, and it’s in some ways a blend of the games I’ve just mentioned. 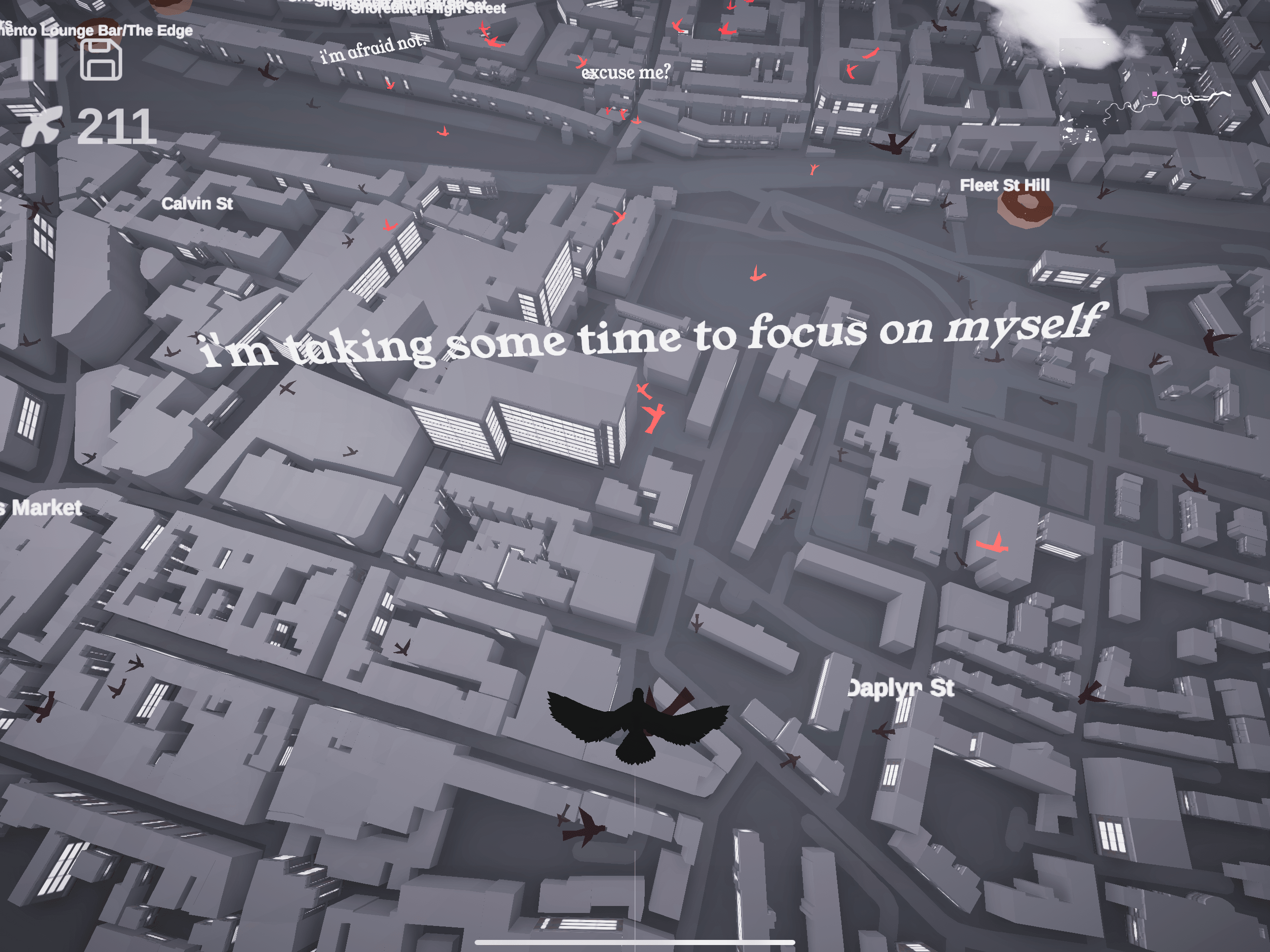 You play as a pigeon searching for your ideal mate in the skies over London, but there’s a couple of major problems. First, London is HUGE. And second, there’s more than one million pigeons out there. Pigeon: A Love Story is sort of an experimental thing, and Wristwork says it’s somewhere in between a meditative experience and a game, and describes it as “hardcore casual." That’s because those two major problems I mentioned above are taken literally in the game itself. It uses Google Maps to derive an exact scale version of London to fly through, and there really are more than one million NPC pigeons in the game. Trying to find your ideal mate in that pool of a million will be like trying to find a needle in a haystack as you blindly fly around calling out and hoping to hear a positive response back.

Like I said, it’s weird! But also really interesting. Thankfully you’ll be able to save and load your games so this near-impossible task won’t need to be finished in just one sitting, and if you’d rather play offline the game will procedurally generate a city for you rather than use the Google Maps data of London. Should you defy the odds and actually find your pigeon mate, you’ll win the game. What do you win? I have no idea. The satisfaction of knowing two pigeon soul mates have found each other, I guess. But this is a game you can in fact complete. If this whole thing has piqued your interest as it has mine, and you think you can handle potentially being rejected by 999,999 pigeons, you can pre-order the iOS version of Pigeon: A Love Story on the App Store here or pre-register for the Android version on Google Play here. The game is just 99¢ and will be releasing on March 1st.