Fans of the hero collecting RPG Exos Heroes will be delighted to know that its Season 3 update is coming, and with loads of surprises and exciting new features to boot. Titled “Blooded Rhapsody”, Exos Heroes’ third season is set to open on January 28, and LINE Games is making the launch extra special with new story episodes, new Heroes, and a new Nation called “Saint West”. From this new Nation arrives three new characters from the Royal Family, namely, King John Donk, Queen Carrie, and Prince Nemeris.

For longtime fans of the game, the maximum account level cap will be increased from 60 to 65, so you can keep grinding your party to your heart’s content. There will also be a January Special Event that includes a login bonus running from January 18 to January 27 – simply logging into the game will reward you with 200,000 Gold, 300 Sunstones, 200 Xes, 5 Nation Recruit Tickets, 10 Dye Coupons, and so much more. 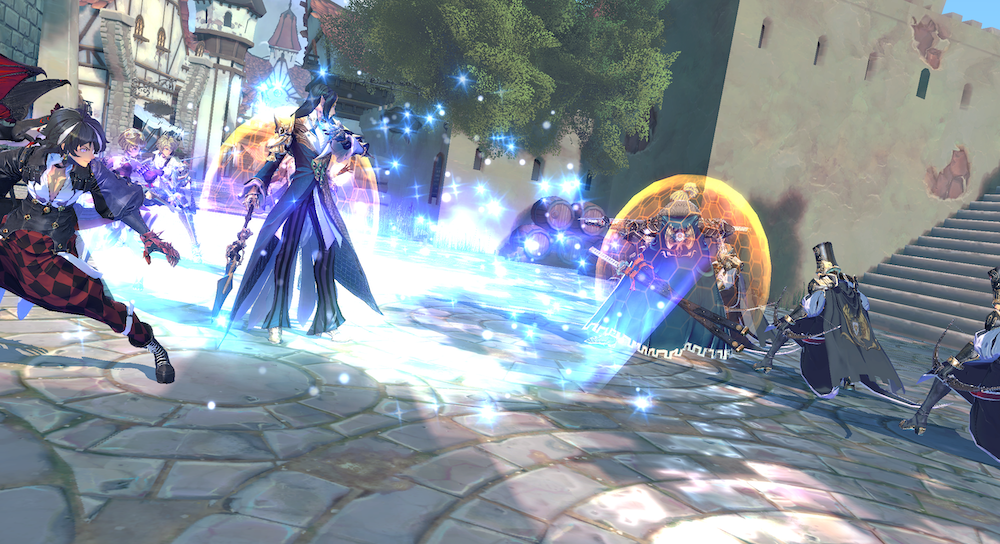 Hero collecting aficionados will also be pleased to hear that from today, the second Fatecore from the idol series Millennial Star – April, is now available. April, the leader of the idol trio Fatecore series, can be collected via Fatecore Chance Increase until January 21. Players can revel in the glow and glam of April’s exclusive shining staff, Particle Star, as they challenge themselves in Exos Heroes‘ latest 2 week-long idol theme Core Raid for Raid Coupons.

You can find out more about Exos Heroes event updates on the game’s official Facebook page.

This article is sponsored content written by TouchArcade and published on behalf of LINE Games to promote the upcoming launch of Season 3 in Exos Heroes. For questions or comments, please email [email protected]