One of the cool things about covering one beat for a really long time is in watching developers improve in leaps and bounds over the years. When Valorware first brought 9th Dawn to mobile a whopping seven years ago, it was an impressive throwback to an era of RPGs where the graphics were limited but the worlds seemed nearly limitless. 9th Dawn II ($1.99) arrived a few years later, polishing some rough edges and expanding the possibilities of the world it put in your pocket. Now here in the cursed year of 2020, 9th Dawn III ($9.99) arrives. So many things have changed, but one thing remains the same: the 9th Dawn games are really hard to put down once you get into them.

The quick version, for those who want it. 9th Dawn III is the latest in a line of incredibly rich 2D open world action-RPGs. Inspired by classic games like Ultima (and Ultima Online in particular), these games are overflowing with places to explore, things to do, monsters to slay, and treasures to find. While they aren’t the most impressive of games from a visual standpoint, you’d be hard-pressed to find another mobile RPG series that gives you so many pure opportunities for adventure. You will be richly rewarded for wandering off the path. If you feel like spending hours fishing or making a variety of dishes to upgrade your cooking skill, feel free. Want to get into some trouble? Oh yeah. There are lots of ways to do that. 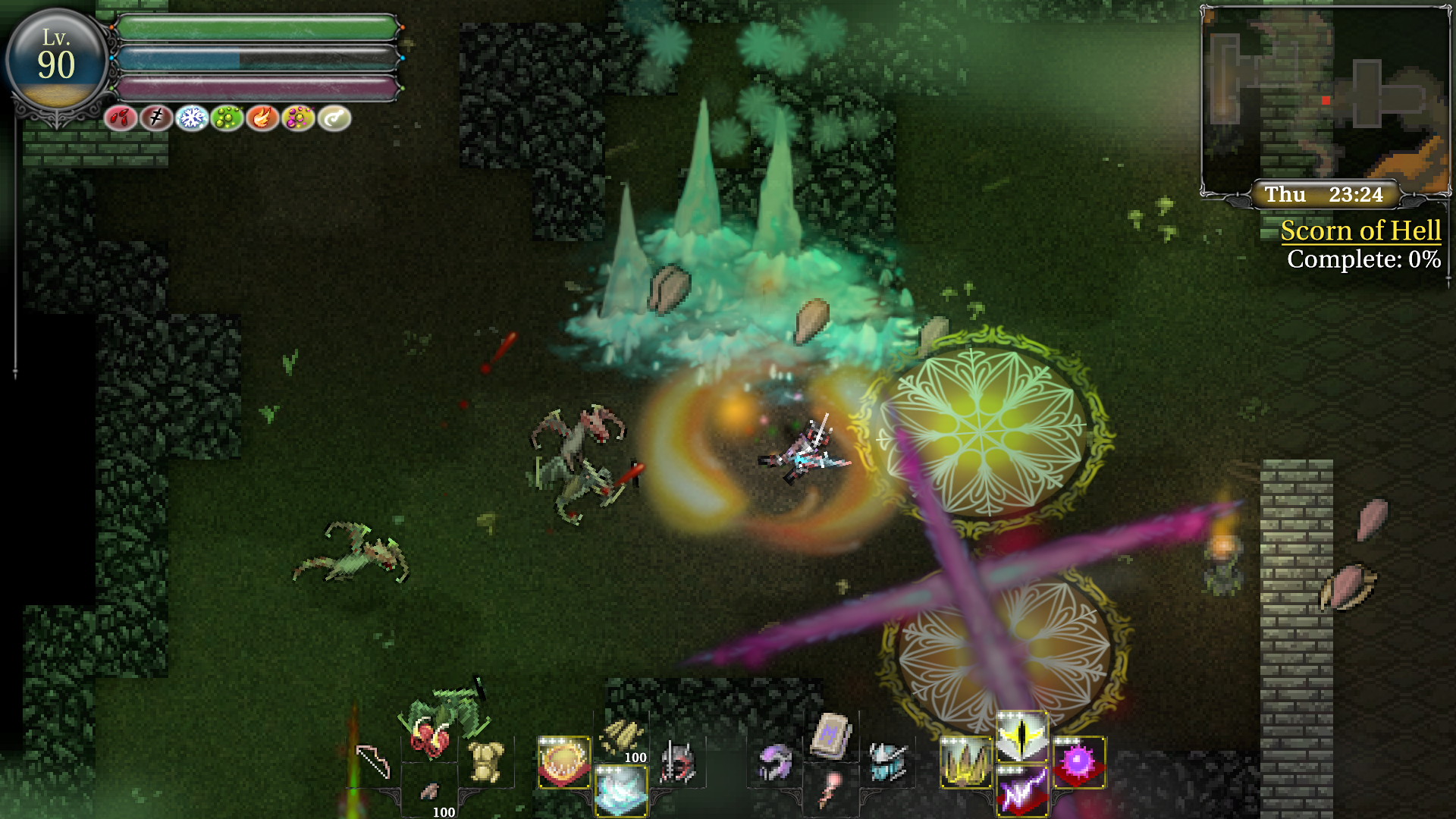 The combat uses an initially odd but eventually highly intuitive twin-stick system where you move with the left and aim your attacks with the right. There are lots of different weapons to use, plus a wide variety of magic spells. A handy bar allows you to set up your favorite skills, abilities, and items to use at the tap of a button. The overall world is massive, with plenty of towns, dungeons, and other points of interest scattered liberally throughout. The dungeons are often huge, with multiple entrances, exits, and secrets to explore.

The list of quests is equally impressive, with most towns offering up plenty of ways for the intrepid explorer to make some coin. Just keep an eye on the time, as all of the townspeople have schedules of their own. You won’t be able to buy a sword at three in the morning in most places. Of course, you can always just catch a bit of shut-eye yourself to pass the time. It beats wandering around in the dangerous wilderness in the dark too much. There is a main story to work on as well, naturally. Some business about saving the land, an evil king, and forces of darkness. The usual. It’s not so pressing. Feel free to keep on practicing your soup recipes. 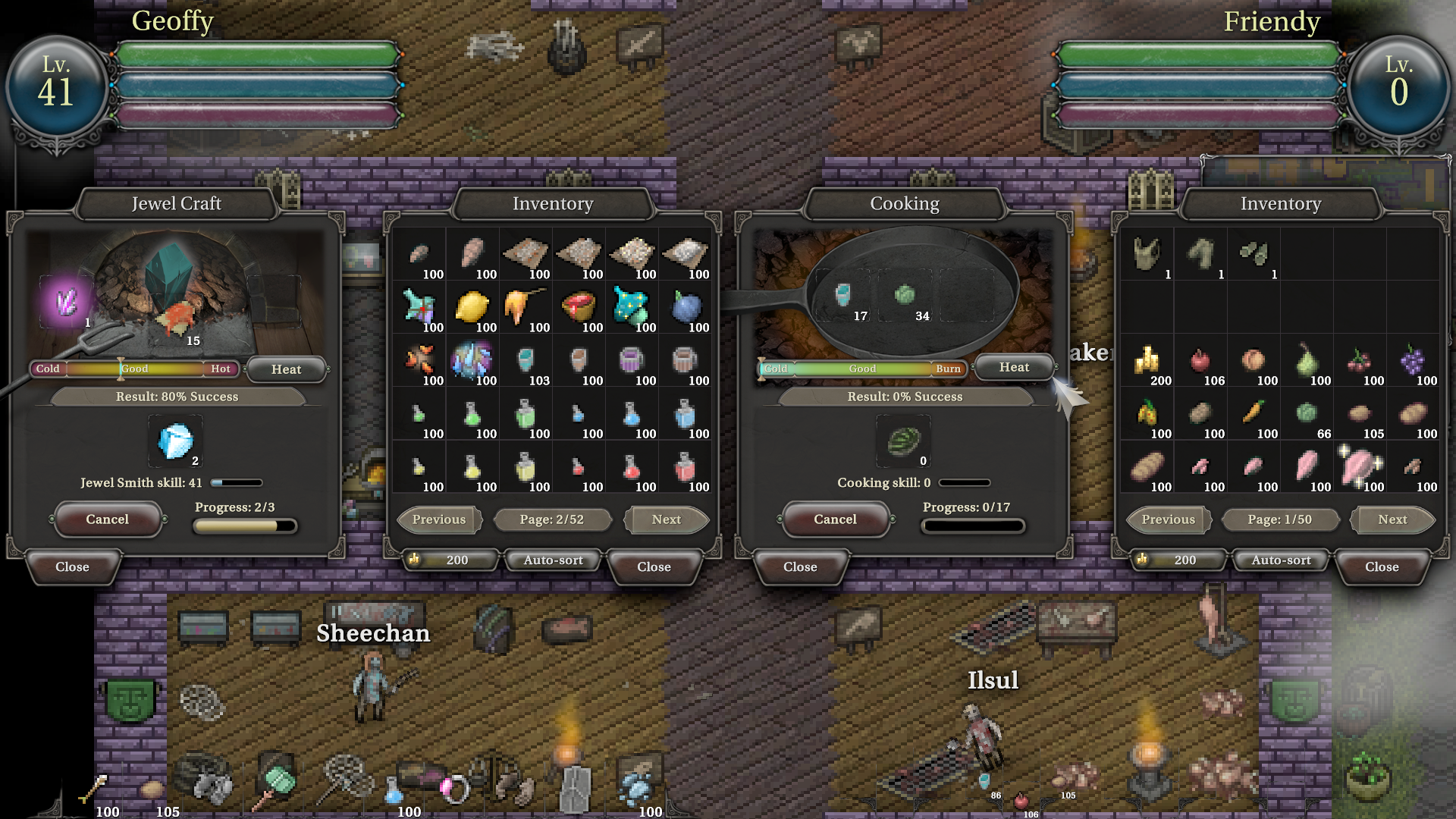 If you haven’t played the previous game in a while, you might initially struggle to see what is new about 9th Dawn III beyond the new setting. There are some big, obvious changes. No jumping anymore, thankfully. There’s a card game you can play against the denizens of the world, because you have to have one of those these days. You can recruit monster buddies! That’s a fun thing. But the biggest and best improvements are less immediately clear. Things like maps to keep you from getting hopelessly lost. More side activities to engage in. Better guidance for players who are less interested in getting lost. 9th Dawn III is more than happy for you to carve your own tales in its pages, but it’s a lot better about helping those who just want to save the world.

Still, all of the things that made the previous games so charming are here. Plenty of places where you can imagine what went down if you think about it, but won’t be directly told. A wild amount of optional content for those who push themselves just a little bit further in directions they’re not directed towards. The genuinely strange characters who say the oddest things at times. Even things that seemed rough several years ago, but that I wouldn’t want the series to give up now, like the way characters flip around like Paper Mario or the odd bit of fourth-wall breaking. No, you aren’t going to confuse this for Elder Scrolls or Genshin Impact in terms of its presentation, but I like that it unabashedly feels like the indie production that it is.

Some good news that likely comes partially as a result of its multi-platform status: you can use an MFi controller to play the game. It has its advantages and disadvantages. It can be easier to play with a controller, but many of the functions work better with touch or a mouse. It’s nice to have the option, at least. One thing I wish were here, given the abundance of platforms 9th Dawn III is available on and how much time I’ve invested in playing it, is cross-platform saves. The developer is apparently investigating whether or not something like that is possible, and I’d sure love to see it.

With several years between the first game and the third one, the 9th Dawn series now spans a number of eras in mobile gaming. But it has always been true to what it wanted to offer from the start, which is a world of adventures and memories on your mobile device with no nonsense weighing it down. 9th Dawn III is by leaps and bounds the easiest of the series to get into, and that’s an important step forward as once you get into these games, you won’t get out for a very long time indeed. Just one more quest, one more dive into that crypt, one more round of fishing, one more card game, one more tough monster defeated. And so it goes, until the sun rises on another new day. Don’t miss this one, my RPG-loving friends.