Microsoft’s Xbox (Free) beta app on Android just got a massive set of new features through a complete overhaul today. This includes new features for social gaming, managing your consoles, and even Xbox remote play. With the Xbox Series X and Series S set to arrive this November, an overhaul to profiles, gameplay sharing, and more is set to arrive. On Android, Xbox already allows xCloud through the Xbox Game Pass app. This will likely not show up on iOS until Apple decides to not be unreasonable to developers and publishers of game streaming services. Today’s Xbox app beta includes notifications for parties, chats, friends, captures, and more. These will be instant on all devices for your Xbox account. 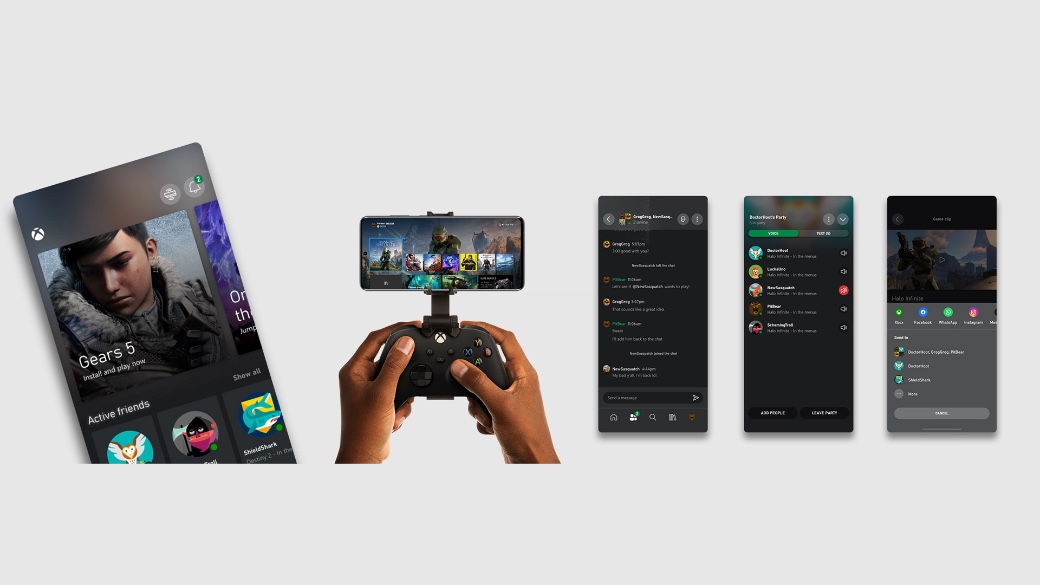 The app allows party chat on the go through a keyboard and bluetooth headset on the phone through the app. Once you capture footage or screenshots, it can be shared through the new beta app as well. The current iOS app already lets you share and save media to your phone. When the Xbox Series S and X launch, remote play for games installed on your console to your mobile will be available through the new Xbox app. This is available now through Xbox remote play in the Xbox beta app on Android. If you’d like to try it on Android ahead of its full launch to the public later this year, you can download the Xbox beta app here on Google Play. Hopefully these features come to iOS and hopefully Apple doesn’t block remote play like it did with Steam Link for a long time. If you’re considering a setup for xCloud, read this.