One of my all-time favorite video games is Downwell, so when somebody says their inspiration for their own game is “What if Downwell was turn-based?" that definitely gets my attention. First of all, Downwell is basically non-stop, frantic shooting action, so… how the heck do you even make that turn-based? Thankfully it’s not up to me to figure out, and instead developer Blabberf is taking a crack at the concept with his upcoming game Gun Rounds. It’s a shooter that utilizes the very sparse color palette and pixel art style, as well as the minor roguelike elements, of Downwell. The shooting is indeed turn-based, but there’s a real-time aspect to it too as you’ll need to time your defenses properly in order to block the attacks from your opponents. Even though I couldn’t wrap my head around the idea initially, the trailer for Gun Rounds makes everything a lot more clear.

So yeah, it’s certainly not just Downwell but turn-based, but you can definitely see the influences from it in Gun Rounds while still being able to go off in its own unique direction. I like it! Gun Rounds will offer 4 different worlds to play through, each with their own unique set of enemies, as well as “dozens of unique weapons ranging from a simple pistol, to a beam of sunlight or a guillotine." There will also be a shop you can visit to buy upgrades like summoning a demonic familiar to fight alongside you, the ability to create a clone of yourself, or learning ninjitsu so you can take it to your enemies with fists and feet. You can also choose to fight the shopkeeper if you want, because why not? Finally there will be various treasures to collect along the way, unlockable color palettes, and “A mysterious final boss." So structurally many things also follow in the footsteps of Downwell. 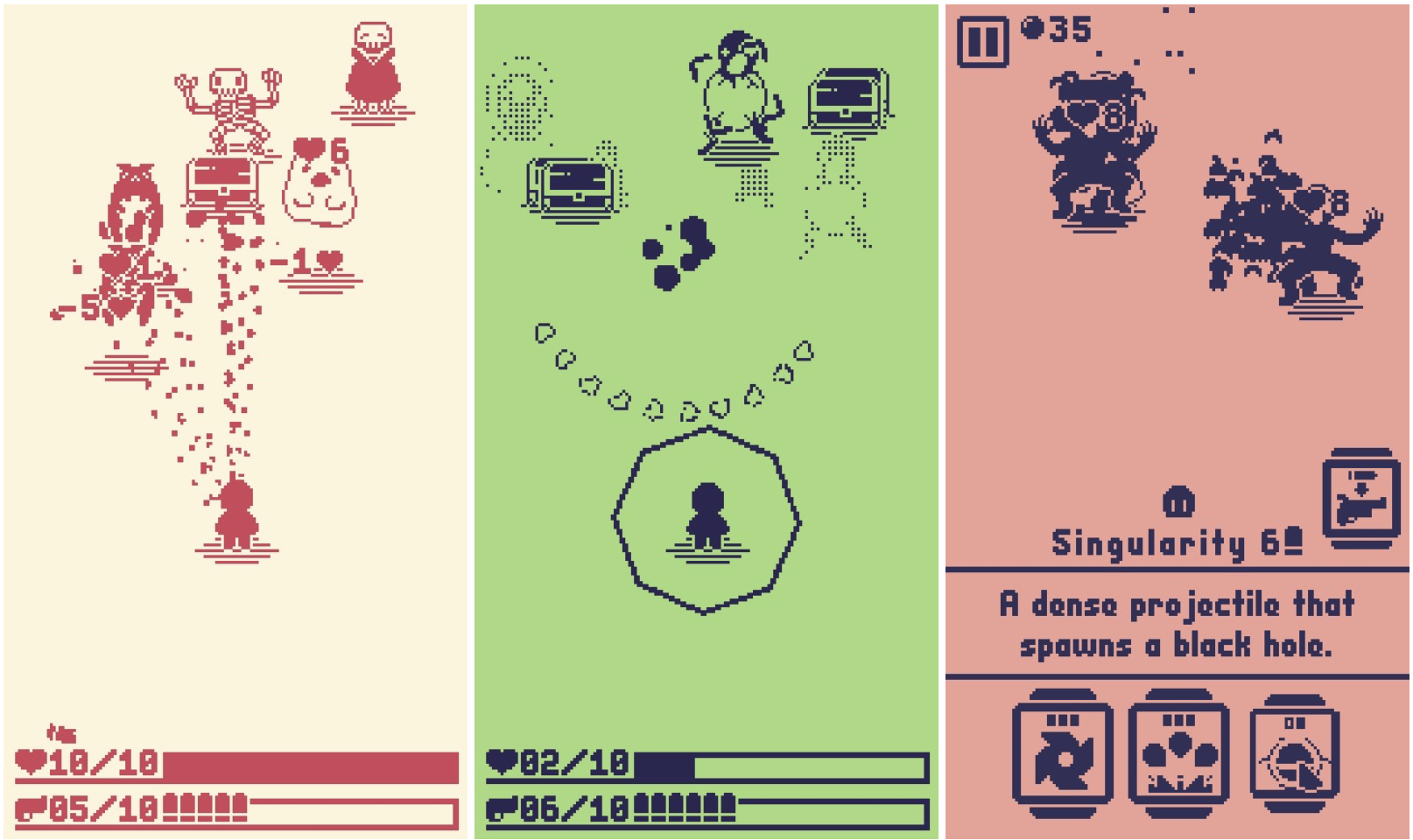 Gun Rounds is planning to release sometime in August and will be available for iOS, Android, Mac and Windows, however if you have a Windows PC you can buy the game right now over on itch.io for just $5. Or, if you happened to buy that insane Bundle for Racial Justice and Equality from itch.io last month that had over 1700 games in it, Gun Rounds was part of that bundle, so you might actually already own the Windows version and not even know it! At least that was the case for me. And despite the many excellent user reviews of the desktop version, this is definitely a game that seems like it will shine best on mobile, so be sure to check out Gun Rounds when it arrives on mobile next month. In the meantime you can find some discussion on this one and potentially some additional beta testing spots for the mobile version in the thread in our forums.