We don’t often cover sales anymore because, frankly, most mobile games are free nowadays and even many of the paid games do the yo-yo pricing method of having sales so often they don’t even feel special anymore. Sometimes though there are some very excellent games that rarely have sales, and so it feels worth highlighting to tell people who don’t own said excellent game yet to grab it while it’s at a great price. Today that excellent game that is hardly ever on sale is the roguelike deck-building game Meteorfall: Journey ($3.99) from developer Slothwerks. The reason for the sale? Why, to celebrate Meteorfall’s second anniversary, of course. Which leads me to asking yet again where the heck does the time go? If you aren’t familiar with Meteorfall at all, feast your eyes on this silly and way too catchy launch trailer.

From today until Sunday, Meteorfall can be had for the low price of $1.99, which is half off its regular price of $3.99. The only other times Meteorfall has been on sale was one year ago for its 1st anniversary, and one year before that as a launch discount. So yeah, this is basically your once-a-year chance to get this game on sale. But wait, there’s more! Today a brand new update has launched for Meteorfall which adds in new playable character Varfa and her 30+ brand new cards. In fact, updates are an important part of the last two years of Meteorfall, as even though we loved the original release in our review, the game has been added to tremendously over these paszst two years and it is an even greater game today than it was on launch. 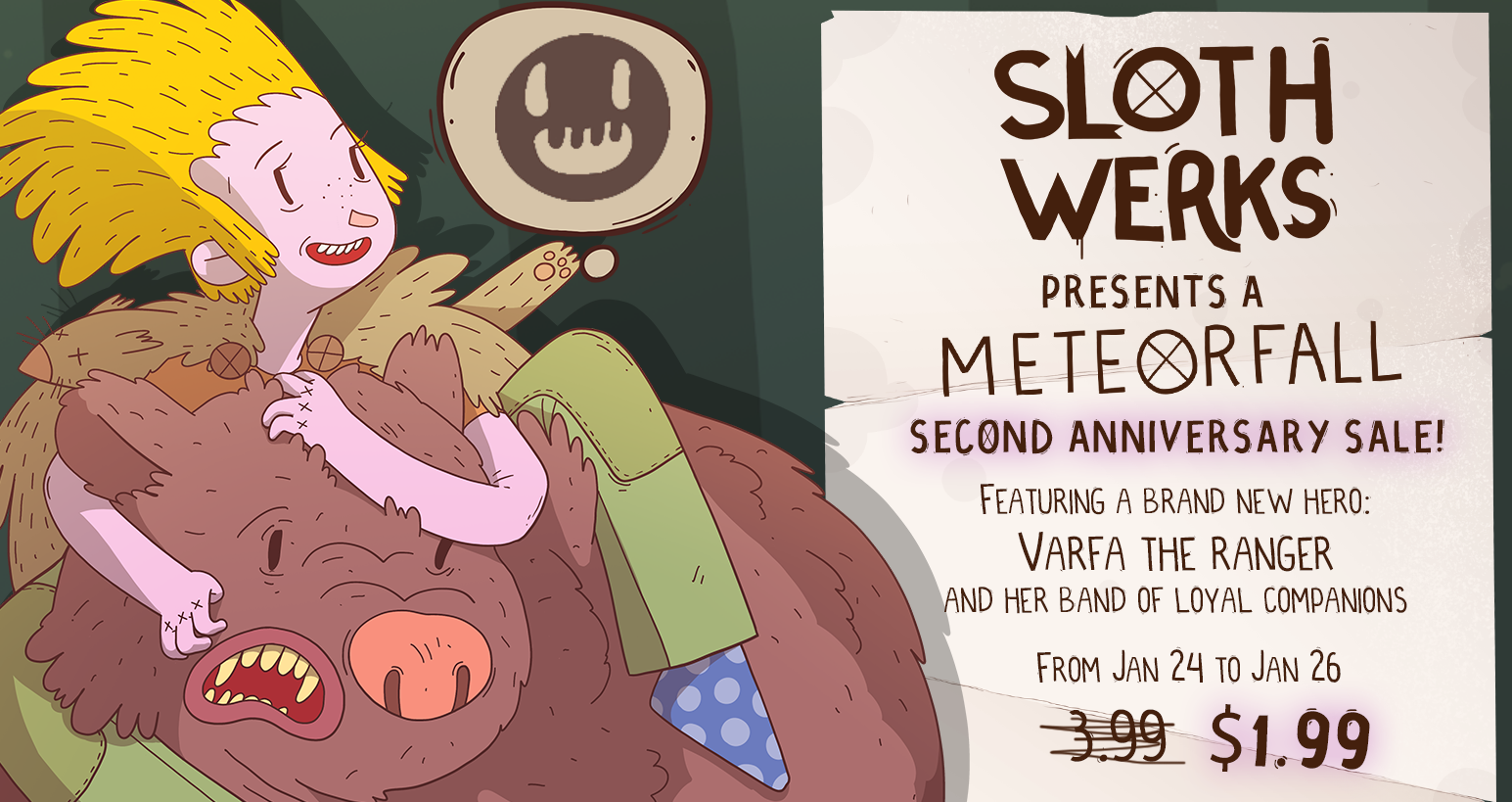 If you want the dirty details of every update that’s ever been released, including today’s, they have been meticulously chronicled at this link here. If you don’t care about all that and just want to play an awesome roguelike card game, then go grab Meteorfall while it’s only two bucks, or else I guess we’ll just see you again next year.