Apple Arcade is home to two different horror-themed tactical strategy games. The first, Overland, was created by renowned indie studio Finji, creators of indie darling Night in the Woods and pioneering auto-runner Canabalt. The second, Dread Nautical, was made by Zen Studios, a company whose catalogue is almost entirely made up of pinball games.

I didn’t expect Zen Studios to make the better game either, but here we are.

The story of Dread Nautical takes a Lovecraftian  approach to horror, following the tale of one of four characters as they wake up in the bilge of a cruise ship where most of the passengers and crew have mysteriously transformed into grotesque monstrosities. It’s up to the player to scavenge for food and supplies, recruit a team of untransformed survivors, and find a way to escape the sea-based nightmare. 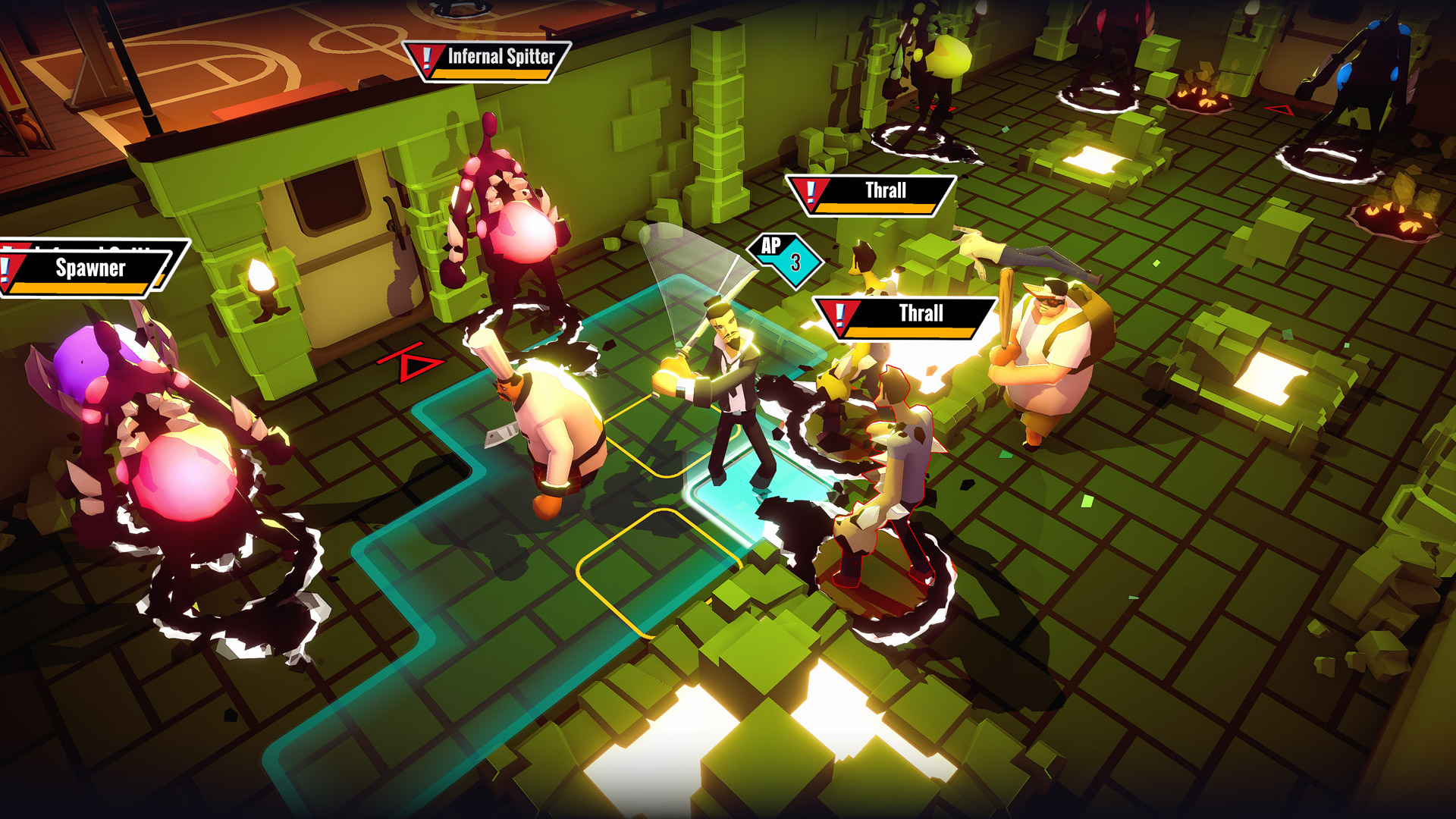 The story, unfortunately, doesn’t nail down the type of subtlety that a horror story in this vein requires to thrive — a fault that’s apparent from the moment that the game opens up.

Before players even reach the title screen, they’re treated to a somewhat cheesy intro cinematic where an ominous voice implies that you’ve been chosen for some kind of dark purpose and reveals that you’ve been transported into a realm of darkness, despair and dread. While this is all a perfectly acceptable stage on which to set a cosmic horror story, that’s not the kind of info you just blab about right off the bat. As a general rule, the more you know for sure about what you’re up against, the less scary it is.

The mechanics surrounding the game work well for what it’s trying to accomplish, with some interesting ideas that work to keep players on their toes. The combat is fairly standard for a tactical strategy game — move around and attack enemies according to how many action points you have left in your turn — but breakable items and limited inventory space add some interesting calculus to the game. Players have to consider which items are worth carrying with them, whether to use their good or bad weapons in combat, and which equipment is worth repairing with scrap — scrap that could otherwise be spend upgrading stations to improve your chances in harder levels. 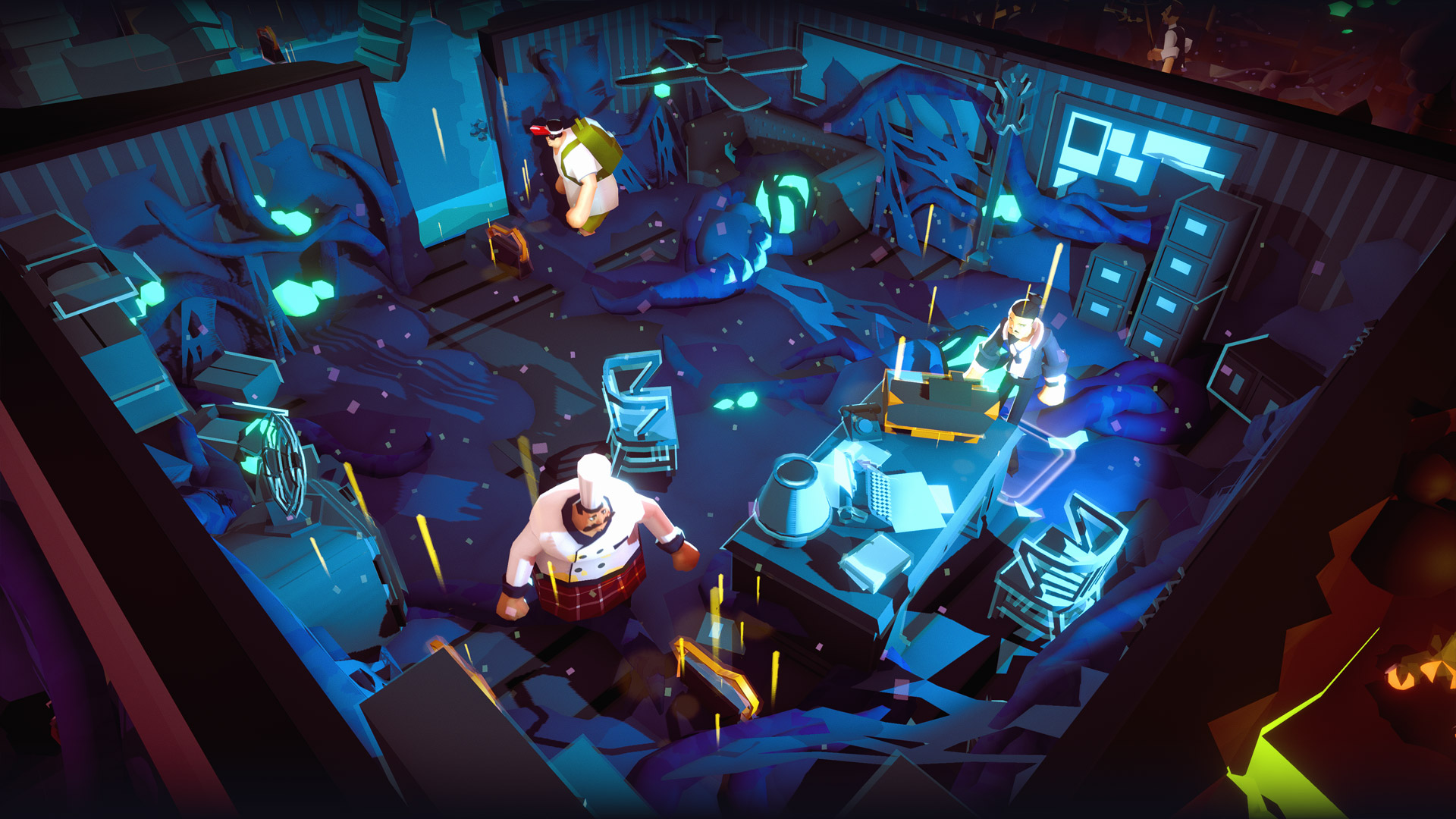 Items can be repaired or upgraded at a crafting station, and there’s a clever risk/reward functionality with the repair system – you can spend more scrap for a higher chance of repairing successfully, but can save by going for a lower chance, but risk losing both the item and the scrap if it fails.

The whole set-up means that, on occasion, it’s worthwhile to avoid some combat encounters altogether – especially on harder difficulties where the penalty for dying is much greater.

Some of these decisions are made easier by recruiting more team members, but the game makes growing your team a much more drawn-out process than what you find in most games. Everone onboard the ship is distrustful of you, and you have to slowly gain their trust before they’ll consider joining up with your cause.

Of course, if they do join up, you’ll need to feed them, and food isn’t exactly plentiful onboard. Not feeding party members is always an option, but not one with the happiest results. 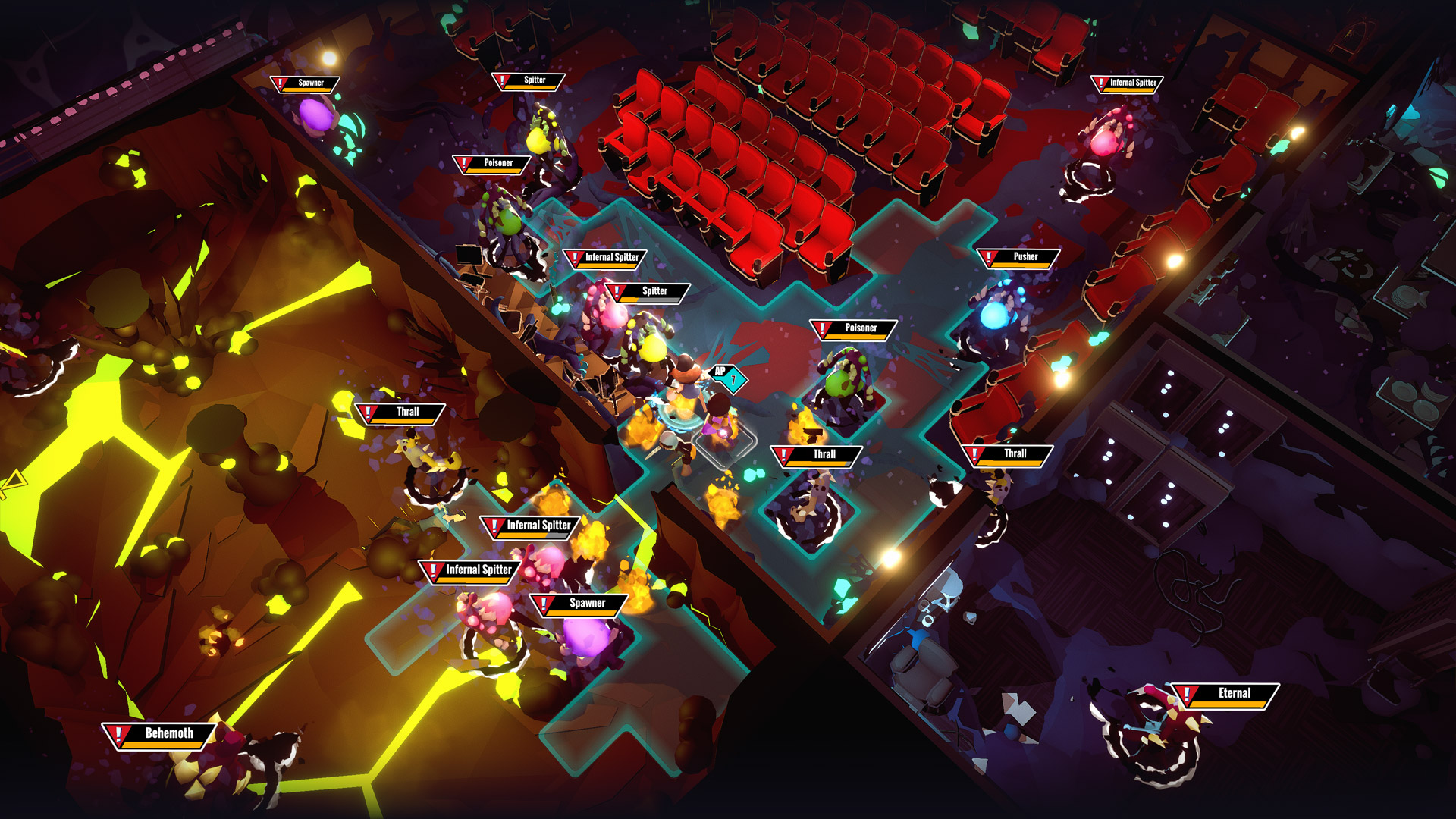 It’s a series of well-designed systems that has the benefit of being far more technically proficient and well-designed for its mobile platform than Overland. The UI makes it pretty clear from the star what actions do what, and it has the notable benefit of not immediately sending you somewhere the moment you touch the screen, buttons that work the first time you press them, and some actual drag-and-drop functionality.

It’s a system that’s perfectly set-up for a bleak tale about a hostile and oppressive unknown, which makes its writing failures stand out all the more.

There’s plenty of mystery, danger and ambiguity, with simplified graphics that let your mind fill in the details of the monstrosities you’re fighting. However, when all the characters are such blatant archetypes that revel in cliched dialogue, the facade is broken. You may not be sure what the true nature of your enemies are, but when a caricature of a yokel identifies them right from the get go as being kind of like zombies, they lose the mystique that they would otherwise have.

The thing is, there’s some pretty solid, if not revolutionary, writing on display. There are twists strewn throughout the story that managed to catch me off guard, and I can’t help but wonder if I would have been more caught up in the game world if they had just cut out the intro cinematic, been a bit more coy about what the creatures were, and let people’s minds fill up with gut-wrenching questions all on their own. But now the intro gives you a firm foundation to stand on that sucks all the existential dread that could be there.

The end result is a story that feels like a campier, friendlier version of a traditional Lovecraftian narrative, and I’m not entirely sure that was meant to be the case.  It really hammers home just how difficult subtle horror is to pull off.

If Dread Nautical had nailed its atmosphere, it’d be a truly great game, but as-is, it’s still quite a good one. The fact that the story still stays interesting even though it fails to nail down its horror elements is ultimately a mark in its favor, and the gameplay offers enough interesting choices to make it worth checking out for any fans of tactical RPGs.

NOTE: Dread Nautical is available on mobile exclusively as part of Apple Arcade, a premium gaming subscription service from Apple. Without being a subscriber to Apple Arcade you cannot download and play this game. Apple Arcade is $4.99 per month and does come with a free one month trial, you can learn more about it on Apple’s official website or by visiting our dedicated Apple Arcade forum.