The folks at Dumpling Design are no stranger to holding special events with special vehicles in their arcade-inspired racer/runner Dashy Crashy (Free), and their latest update is capitalizing on something that set the entire internet ablaze just a few weeks ago. The latest event is called the “Truck of the Future" event and lets you drive with the new C-TRK vehicle, which is “Guaranteed shatterproof." Naturally this futuristic “evolution of the truck" runs on battery power, but batteries aren’t included. No matter! You’ll put its shatterproof claims to the test as with the C-TRK you’re able to ram into literally any other vehicle crashing, and when you do run into another vehicle you’ll pick up a battery to add a little juice to your truck. The batteries deplete quickly though, so if you’re not constantly collecting batteries you can run out of juice and end your run. 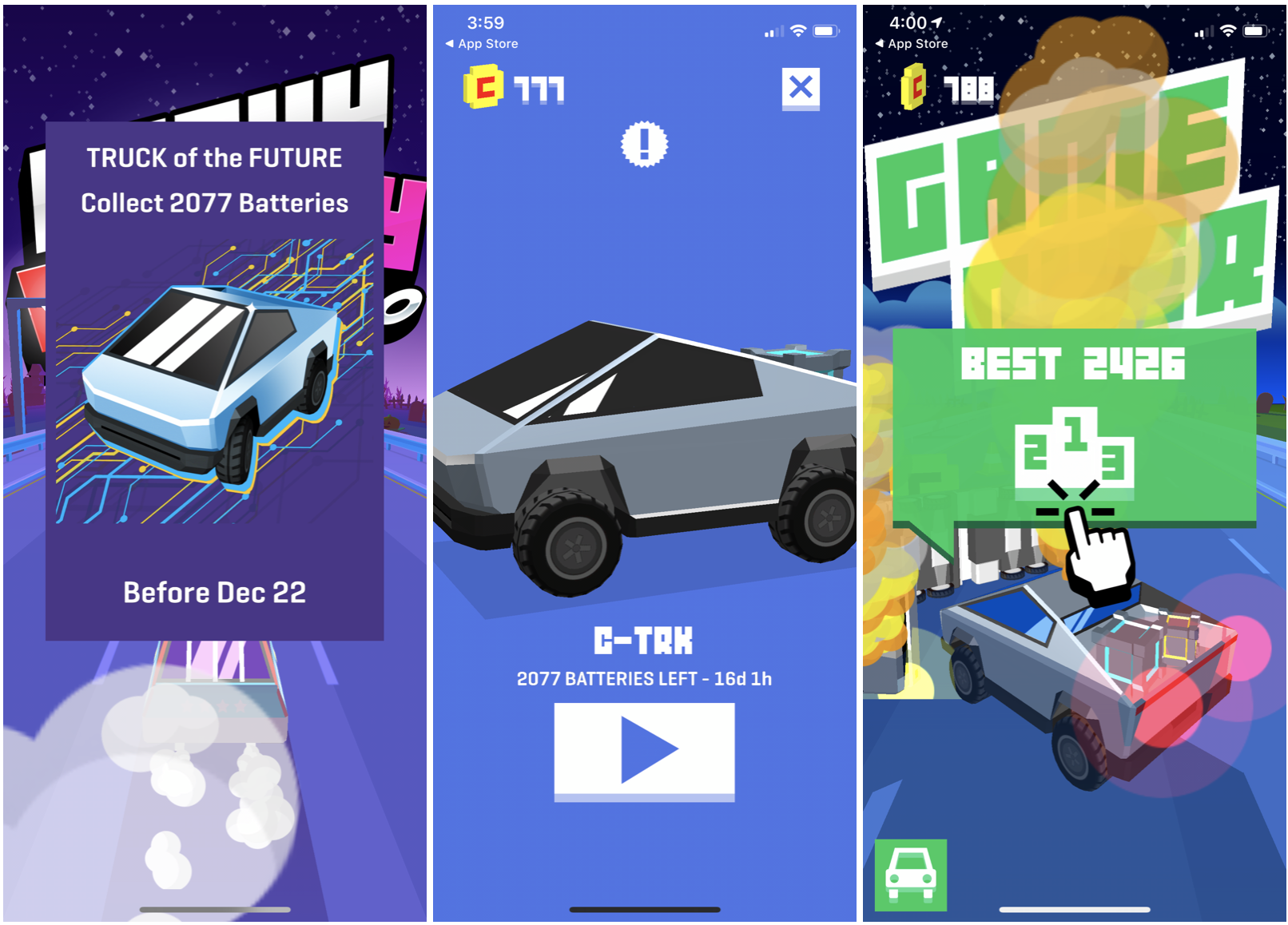 And if you want a C-TRK of your own, you won’t need to fork over $40k, you’ll just need to collect 2077 batteries before December 22nd. That’s certainly a hefty number but collecting batteries happens fast and furiously in the Truck of the Future event, so it’s most certainly doable. That said, turning the entire concept of Dashy Crashy on its head by requiring you to actually run into as much traffic as possible rather than avoid it makes for a really fresh experience. In fact it’s harder than you might think to find people to crash into as it feels like the traffic thins out the longer your run goes for. Basically, just like everything else to do with Dashy Crashy, this new Truck of the Future event is a lot of fun so if you want a C-TRK of your very own start collecting those batteries before December 22nd.