Over the summer Clash of Clans developer Supercell began teasing a new game before officially unveiling that game in late August to be a new multiplayer strategy title called Rush Wars. It was their attempt at making a building and battling game geared towards a more casual audience, and alongside that unveiling on August 26th Rush Wars was soft-launched in various regions for both iOS and Android. Well, it hasn’t even been three months since then, but already Supercell has decided to pull the plug on Rush Wars and will be ending the beta at the end of this month. One of our readers has sent in the screenshot below of the in-game notification about the closure, and Supercell has also formally announced the closure on their website. 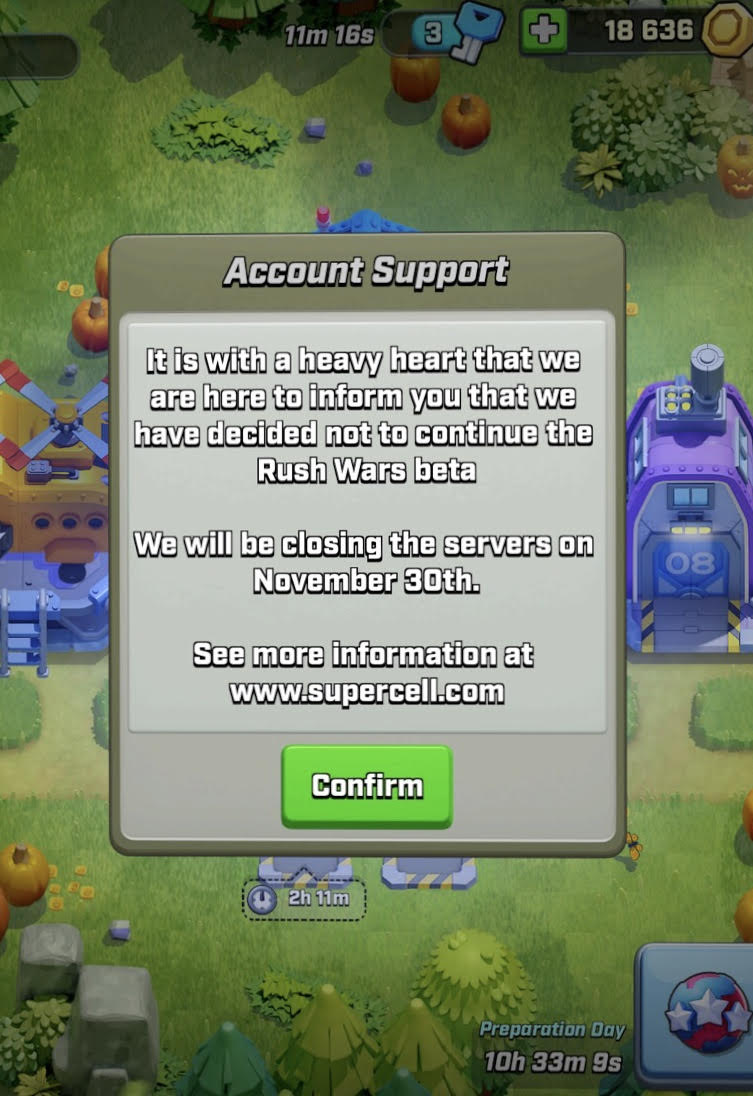 Supercell’s blog post goes on to explain that they tried out a number of different things during the beta to see how it would effect the gameplay and strategy of Rush Wars, but at the end of the day they say that “the changes we made didn’t help the game long term nor change up the gameplay style enough to make it as fun as we would like." Killing games before they have a chance to launch isn’t anything new for companies like Supercell or King who pride themselves on having highly polished games that will be played by tons of people for years and years to come, but still, giving a game barely more than two months to incubate sure seems on the abrupt side to me. I’m sure the teams at Supercell have far more insight into the matter than little old me though, so for anyone who has been enjoying Rush Wars in soft-launch all in-app purchases have been turned off as of today but you’ll still have until November 30th to get your last moments with the title in.