This week developer Vespa has updated their popular free to play hero-collection MMORPG King’s Raid (Free) with a ton of new content in what they’re calling the “Soul Weapon" update. These Soul Weapons will “unleash the full power of your heroes" and the fun will start when you complete level 6-21 in the game and are introduced to new NPC Immortal King Cain. 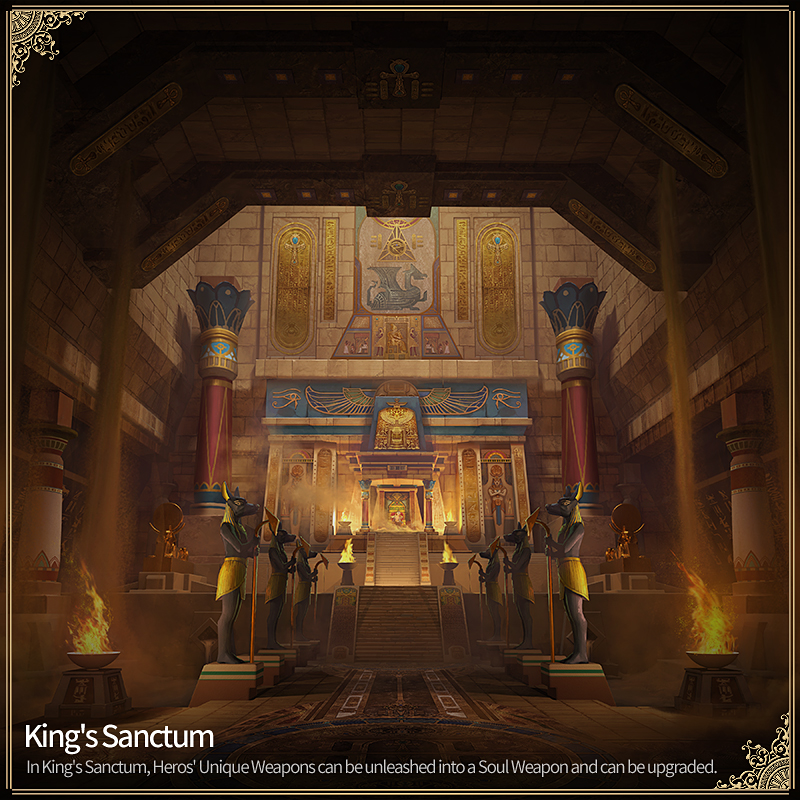 A total of 20 “Soul Weapons" are introduced through this update and the heroes receiving their weapons are Jane, Theo, Laudia, Annette, Laias, and more. By using the materials gained from the Trial of the God King, players can fully unleash the potential of their Unique Weapons. Soul Weapons provide a stat boost and additional skill capabilities that match each hero.

Also, “Immortal King Cain" will be introduced as a new NPC hero. Cain is a physical damage wizard class with outstanding combat skills, but also helps in healing allies and increasing their armor points. Cain will be obtainable 100% for anyone who clears the “Temple of the God King" storyline and provide a buff of 20% increased attack for all allies in the new “Eclipse" content.

Vespa is planning to provide abundant benefits through the 14-day login rewards which includes the Unique Weapon Selector, entrance ticket to “Trial of the God King," and materials required for new content to help anyone who plays King’s Raid a chance to build their Soul Weapons.

This article is sponsored content written by TouchArcade and published on behalf of Vespa to promote the new Soul Weapons update to their mobile MMORPG King’s Raid. For questions or comments, please email [email protected]