While most people discovered ustwo Games through Monument Valley, I was a fan since I played the premium release for Whale Trail a very long time ago. Assemble with Care () is the studio’s newest game and it is set to release exclusively on Apple Arcade this week. If you have iOS 13 already, you can check it out now. This hasn’t been great for publishers and developers who have tried to launch simultaneously on multiple platforms like Simogo and Annapurna Interactive. Assemble with Care is a game about taking things apart and putting them back together with care as the story reveals itself. Watch the behind the scenes look at it below:

Assemble with Care features puzzles where you experience the world as Maria in Bellariva. The visuals are gorgeous as expected from ustwo Games. One thing to note is that this game doesn’t support MFi controllers. This is interesting because a lot of people assume every Apple Arcade game will work with controllers. 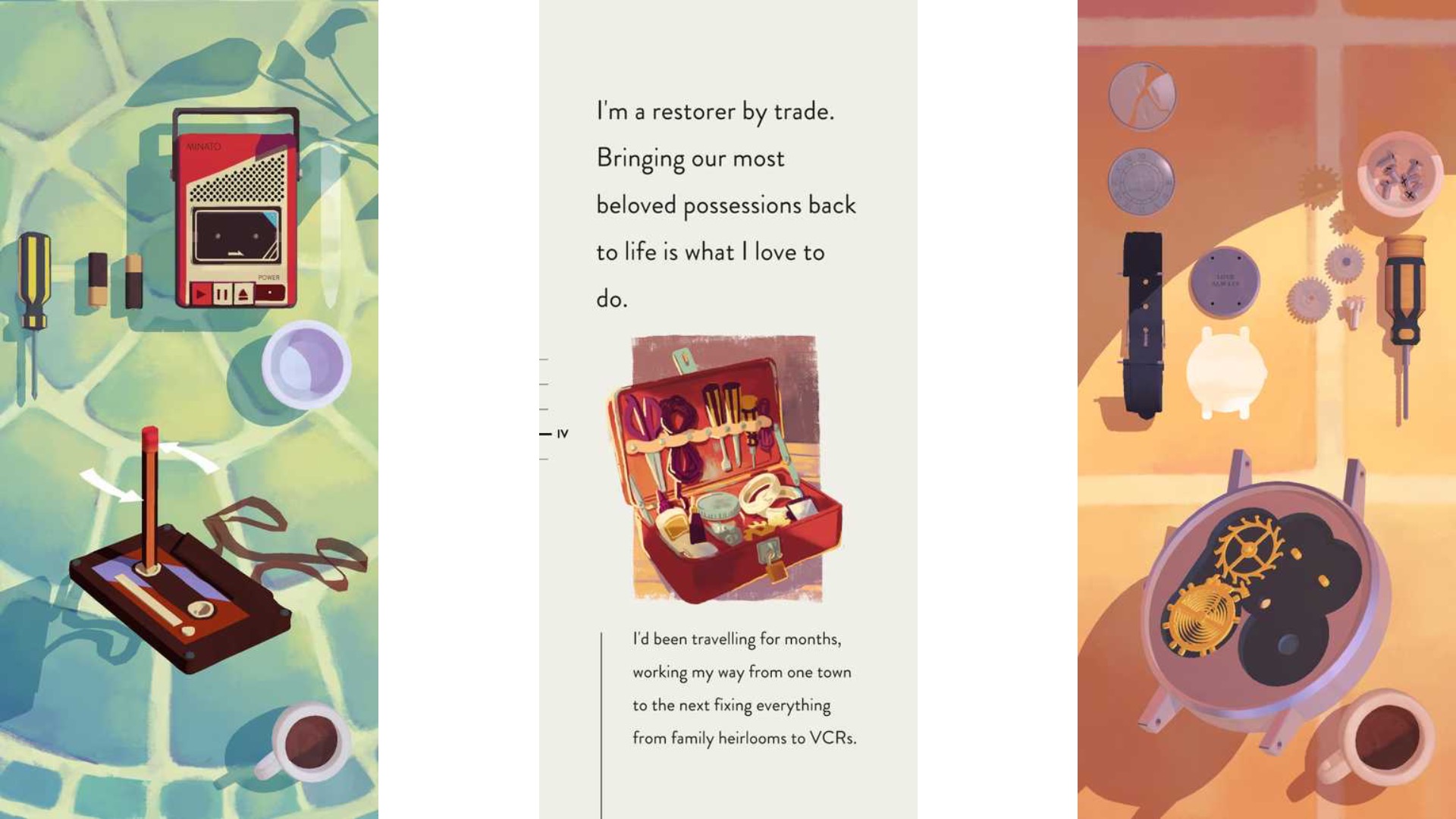 The interactions and animations look super slick and everything looks very responsive in general. I can’t wait to check this out later in the week. Check out the official website for Assemble with Care here. If you’re on iOS 13, check it out here on the App Store. Have you tried Apple Arcade on iOS 13 beta yet or are you waiting for the public release on September 19th?