Konami’s booth had a very eye-catching design this year, with Contra-style missiles sticking out of the sides of it. The company is clearly putting a lot of promotional muscle behind the upcoming Contra: Rogue Corps, and after playing the demo they put on the eShop all I can say to them is good luck with that. Venture in a little closer to Konami’s section of the Tokyo Game Show and you would find a very odd mix of products indeed. The PC Engine Mini was playable and prominent. Contra had its slice of the floor. A few other console mainstays like PowerPro Baseball and PES had their usual presence. And then there were the mobile games. 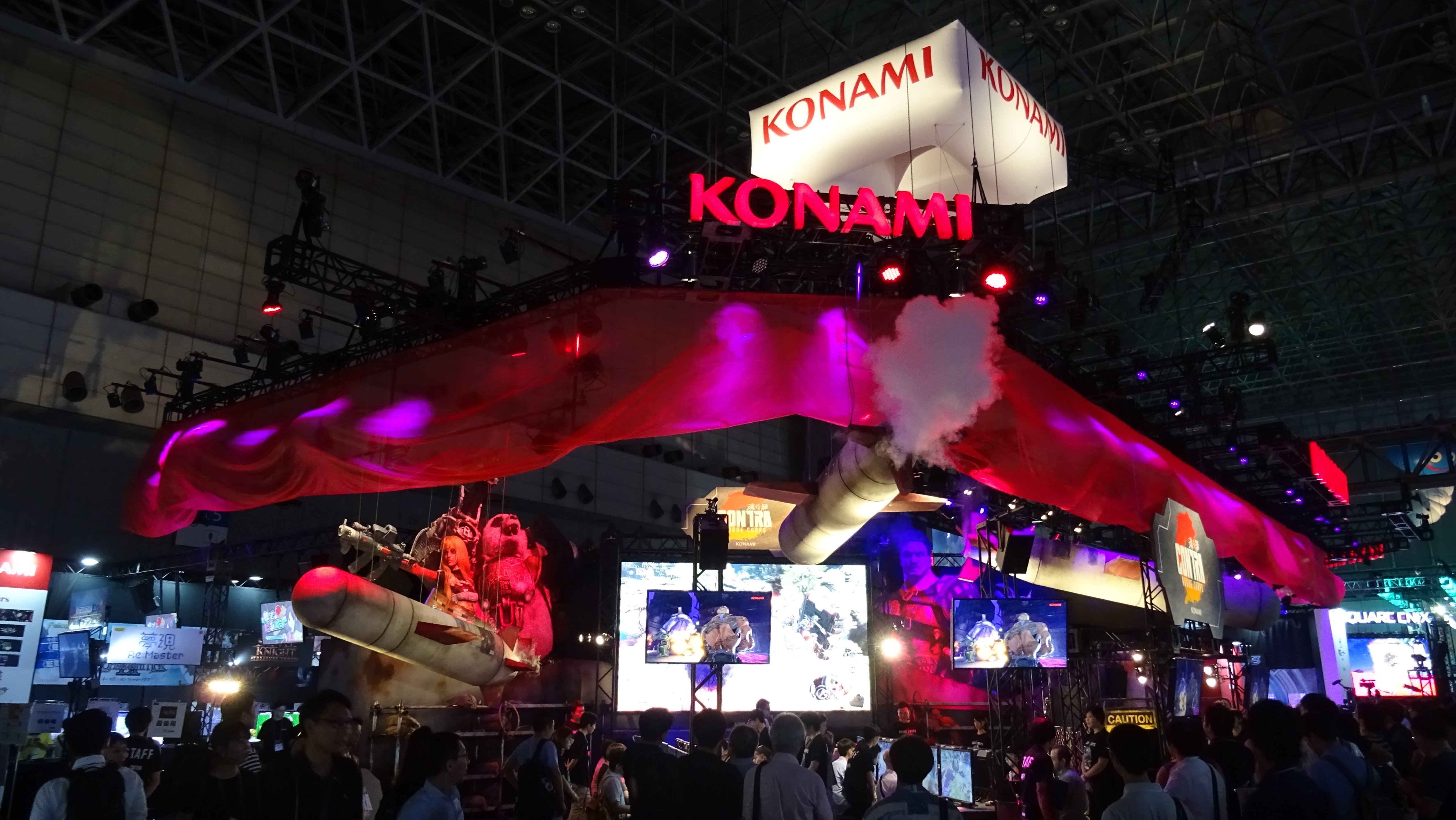 Castlevania: Grimoire of Souls got almost as much space as anything did at Konami’s booth. You may have already checked out on my hands-on video of the game, but it’s rather good as this sort of thing goes. It’s also one of the few mobile games Konami had on offer that we know will be coming overseas. The company was also showing off Yu-Gi-Oh! Duel Links, which obviously comes out just about everywhere these days.

There were mobile versions of both of its sports franchises, and I suspect eFootball PES 2020 will come out across the world. PowerPro Baseball seems less likely. As for Love Plus Every and Dankira!!! Boys, be Dancing!? I, uh, don’t see much chance of those getting a wider release. I think they should, because you never know what will catch on, but both games have been around for a while now so I doubt anything’s moving there.

Honestly, though? The presence of Castlevania: Grimoire of Souls alone made this one of the more exciting Tokyo Game Show appearances yet for Konami as far as mobile gaming is concerned. It’s clear the company is putting a strong effort behind it, and I hope it pays off for them. Both because I want a good game to play, but also because I want Castlevania to not be dead anymore. Dare to dream, eh? Either way, it was a pretty good booth to hit up even if a lot of the games aren’t going to be available outside of Japan.