Dragon Quest Walk is location based and will feature various battles and mechanics from the Dragon Quest series. Given how popular Dragon Quest as a brand is in Japan, I expect this to do very well initially for sure. It remains to be seen how it does a few months down the line. You can tap a monster near you to get into battles. There will also be quests based on locations in the real world with a story unfolding each day. Check out two screenshots for it below: 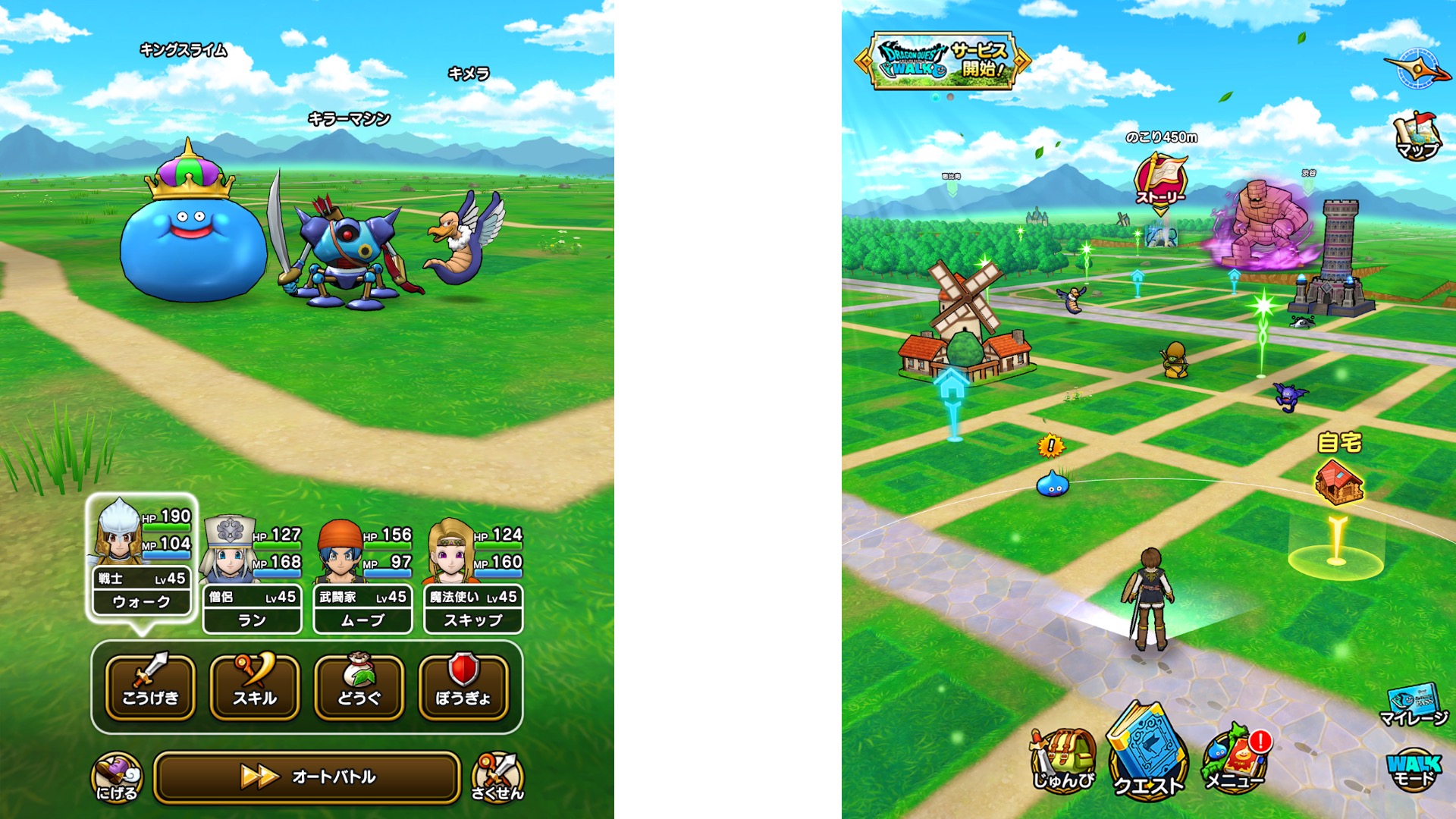 As with most things Dragon Quest related, don’t get excited for a localisation until it is absolutely confirmed. As of now, you can pre-register for Dragon Quest Walk on Google Play or pre-order it on the App Store in Japan. Check out the official website here. Do you want to experience Dragon Quest like Pokemon GO?