Freemium idle clickers are a dime a dozen on the App Store, but what happens when the genre swings into being a premium active tapper instead? Enter Forget Me Not: My Organic Garden ($3.99) by Japanese developer Cavy House. It’s not just any organic garden, though, as you’re harvesting human organs. The play on words alone had me hooked: an organic garden growing organic organs. That’s hilarious! And it’s a wonderful, creative concept. Instead of sitting by and watching your precious garden grow on its own, you need to be actively involved in its success – after all, plants won’t grow without you around to water them! But what exactly can you expect from Forget Me Not: My Organic Garden?

The game places you in the role of Organa, Irene’s shop assistant. Irene runs a small, bustling organ shop. As Organa, your main duty is to tend to the greenhouse. It’s a whopper of a job, with several things needing to be done at any given time, but surely Organa (and the player behind her) is able! So why do people come in seeking organs? Placing an organ inside an inanimate object brings it to life, with the soul of the organ. Customers request organs for various reasons, such as the little girl who wants her cat to talk or the farmer who needs a scarier scarecrow. 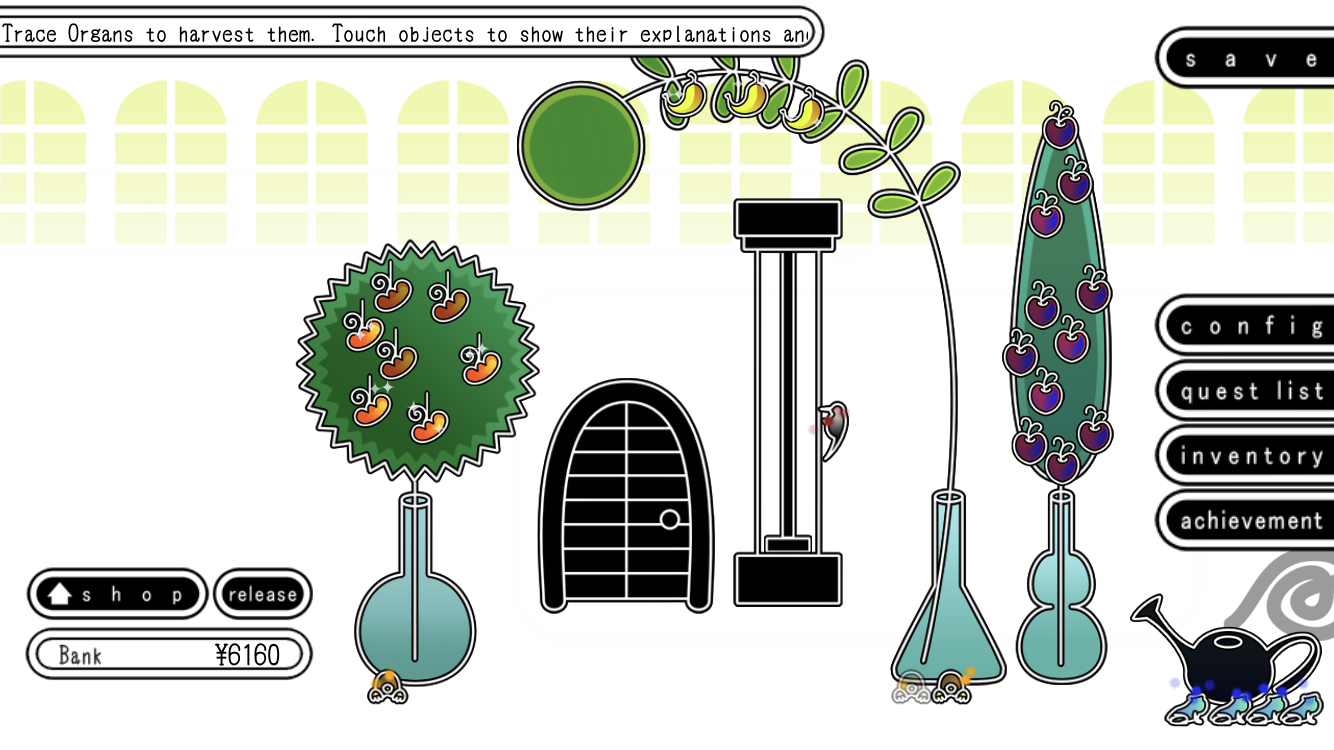 Before I discuss what I liked (and what I didn’t) as far as gameplay in Forget Me Not: My Organic Garden, I want to give credit to the incredible artwork in the game. Each aspect is done with such a delicate hand, from unique characters to the tiny harvestable organs. If the concept of an organ-growing organic garden didn’t hook me, I’m certain the artwork would have. There is an incredible level of detail in every graphic element. Even the teeny tiny little animals are somehow full of life, and I love zooming in and watching them flit around doing their work.

There is a special ease to the garden workflow. Click all animals, water as much as possible, create mincemeat, rinse and repeat. It’s surprisingly soothing. You’ll go from managing a single kidney tree to balancing several trees, multiple animal species, and other garden tools. The learning curve is reasonably paced, spread out amongst the story events. Trees and tools in your garden have levels, based on usage. New levels mostly increase productivity and sometimes quality. In addition to trees and tools, your garden will be home to several species of animals, each helping in its own way. For example, frogs fill your watering can and moles increase organ production. 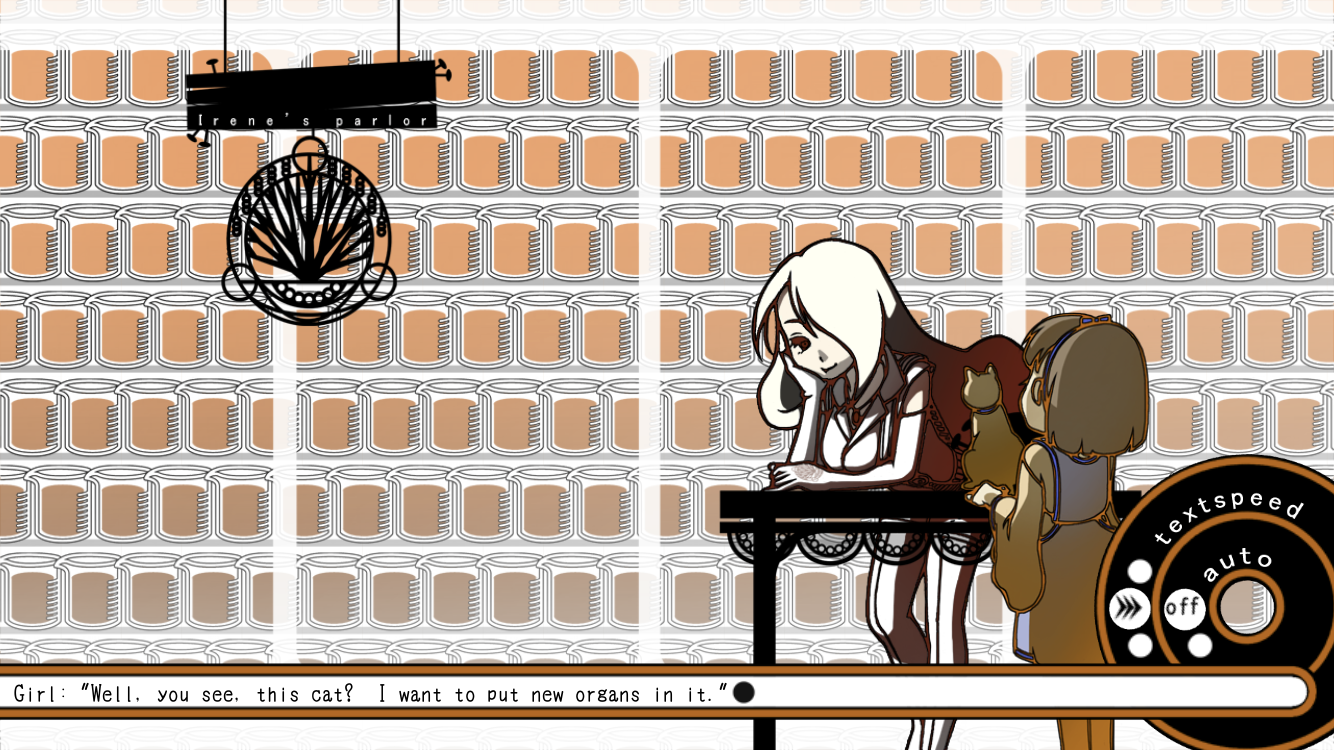 Organa’s time is spent mostly in the garden (except when tending shop or speaking with Irene), where she has to:

Screen real estate is especially sparse in the garden, yet a long banner remains in the upper left corner. Its full text states: “Trace organs to harvest them. Touch objects to show their explanations and parameters." But the banner scrolls and the beginning gets chopped off, not returning until you do something in the garden and scrolling away quickly. This information would be better off in a one-time pop-up early in the game, or just elsewhere in the menus. It doesn’t need to cover up actual items in the garden. 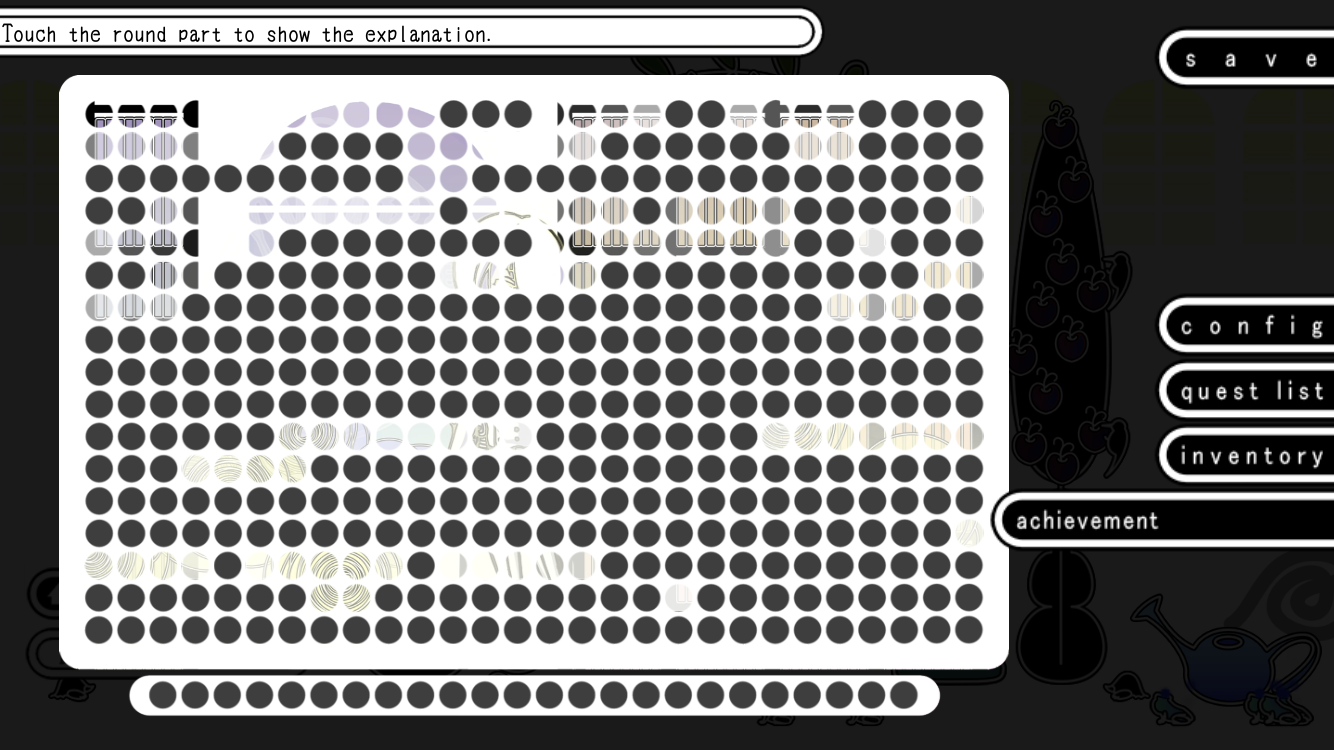 I do have a few other issues with interface choices. Navigation and selection often relies on tapping tiny dots, a difficult feat with my stumpy fingers (thanks, dad) and an iPhone 8. I assume the experience is less frustrating on devices with larger screens. And the game plays in landscape mode, making it impossible to play with one hand – a must for clicker-type titles. Graphically, I understand the decision, as the garden simply would not work in portrait mode… but still, it’s an annoyance.

Direction for what to focus on (after all, you can’t water all plants fully at one time!) comes from the quest list, with story quests being listed first and garden tasks afterwards. The quest list becomes a bit aggressive, with more tasks than anyone could complete at one time. I counted 21 at one point. These tasks often overlap, such as asking for three different quality combinations for a single organ. Limiting to one task per organ wouldn’t solve the problem, though, as there are issues with the quest list as it relates to your current levels. For example, I had a quest asking for a superior type of kidney long before I had the ability to create one. A more streamlined quest list would have absolutely had a positive impact on my experience with the game. 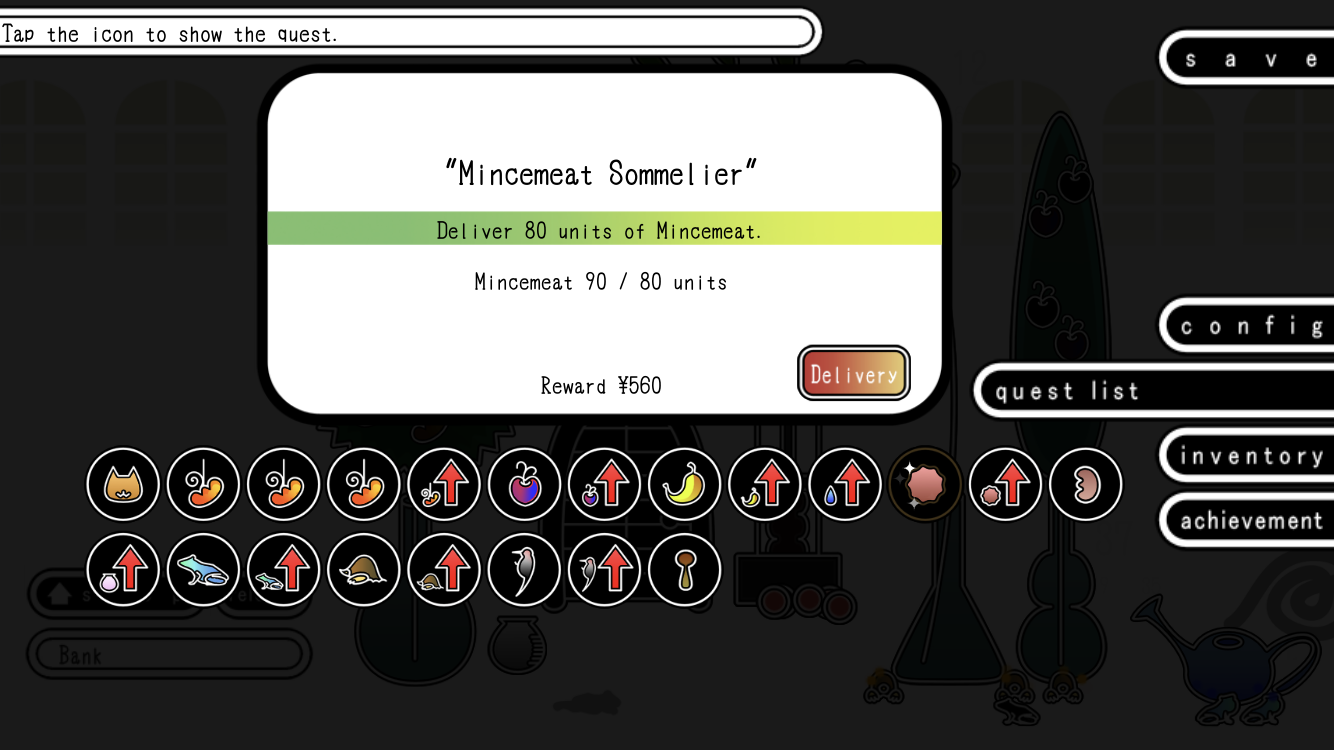 You will easily get several hours of play fromForget Me Not‘s storyline. Its description promises you can continue playing past the story’s conclusion, but I struggle to find the point in doing so. It’s fine being confined to the story, you can always replay it. The story isn’t terrible heavy, but does successfully give purpose to what you’re doing in the garden. Still, the game is more waiting and watering than reading dialogue (thankfully).

In the end, Forget Me Not: My Organic Garden is a delightfully active addition to the tapping genre, bringing it into the premium game world instead of setting it adrift amongst throngs of free-to-play titles. The artwork is the superstar, absolutely darling and always intriguing. The story is a bit light, but there’s nothing wrong with that when the purpose is to work in a garden. And the gardening itself is streamlined, logical, and a pleasure to play. The issues I have with the title – usually UI-related – certainly detract a bit from the parts I loved, but the game is still well worth a playthrough (or two).