Making the granddaddy of all collectible card games into something you play on the go is not a new idea. There are several Magic: The Gathering mobile games out there right now, including Magic Duels (Free) and Magic: The Gathering – Puzzle Quest (Free). Neither is the full MTG experience, however, and while there are still justifiable hopes that the excellent Magic: The Gathering Arena will make its way to phones and tablets. Wizards of the Coast is preparing to help you scratch an itch you didn’t even know you had with Valor’s Reach.

If you’re up on your Magic lore, you undoubtedly recognize the name as a stadium where magical duels are fought. That makes it fitting for a mobile card game that is not trying to recreate the physical card game (and thus won’t be confused with Arena), but instead looks like it will be very much its own unique thing: As Wizards puts it, “quick, competitive, and casual 1v1 battles that can be played anytime, anywhere."

“Valor’s Reach is a fast, fun, and explosive mobile CCG that features a rich variety of heroes based on Magic: The Gathering’s Planeswalkers," said Executive Producer Dan McAuliffe.

He also provided us with just a few tidbits on what to expect when the spells start flying, and why the dev team chose to go vertical when most other CCGs choose the opposite orientation — which is also how you’d play a card game on a tabletop unless you really want to be far away from your opponent. 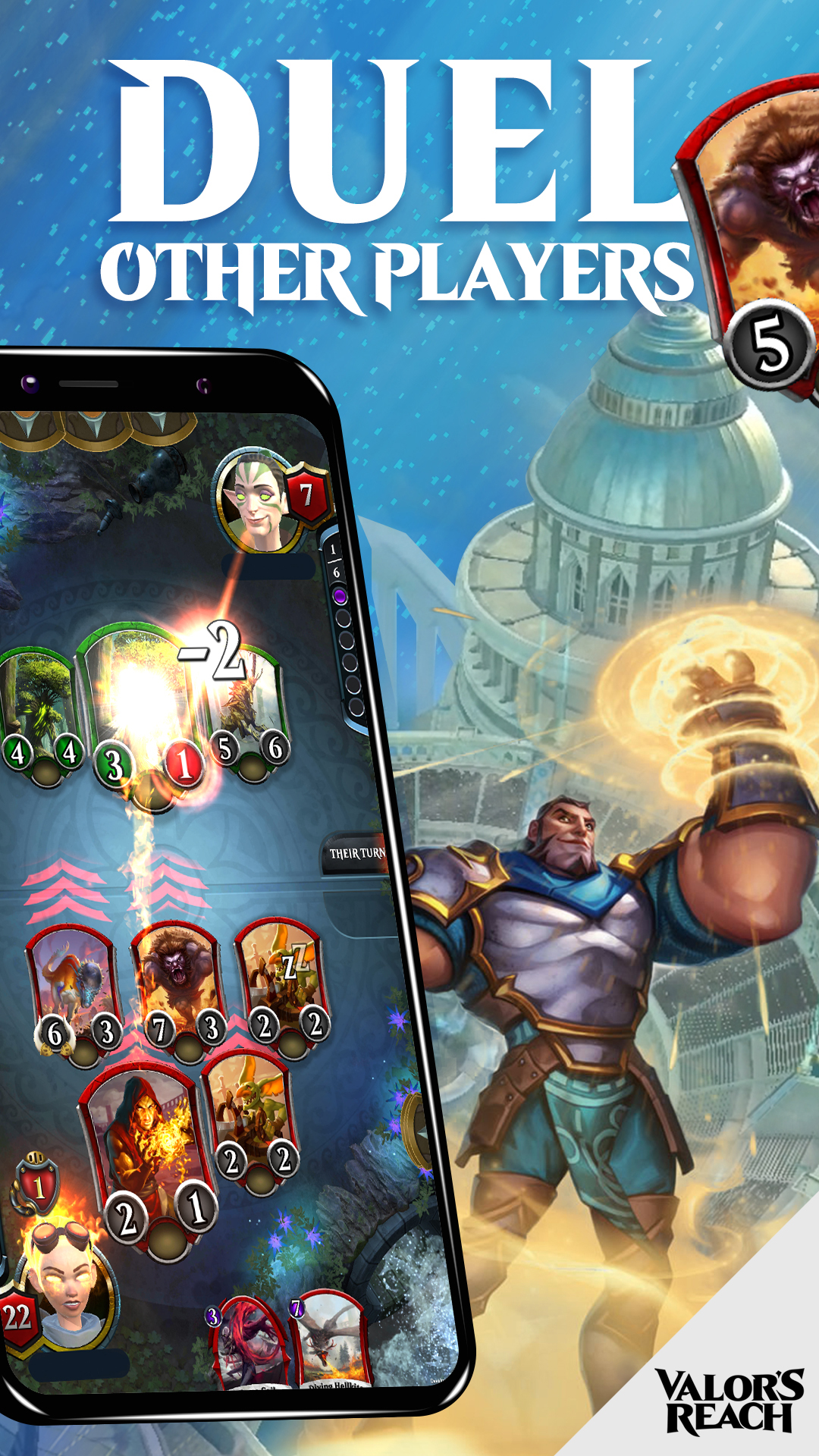 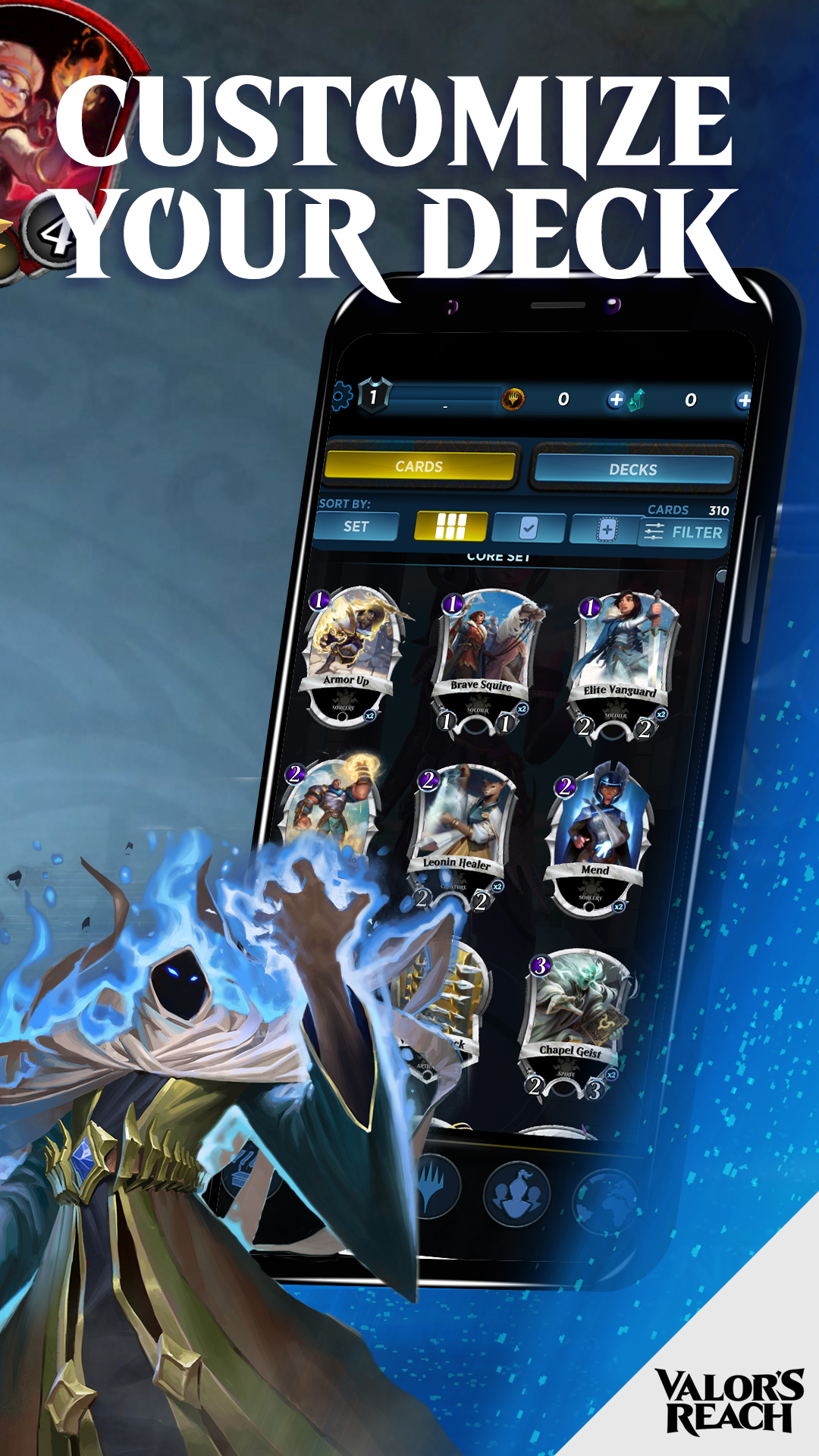 “This game offers a new take on mobile CCGs by combining opportunistic bluffing and counterplay that delivers unparalleled depth and strategy with true mobile accessibility," McAuliffe said. “Vertical gameplay allows for one-handed use for an even more unique experience in the genre."

Valor’s Reach will put the Planeswalkers right at the heart of the action by making them the focus. Wizards says we can expect each one to have his or her own unique card types and playstyles, with pre-made decks that allow newcomers to at least be competitive right away. Deck building and customization will still be very much a part of the overall experience, though, and it wouldn’t really be much of a Magic game if that wasn’t the case. 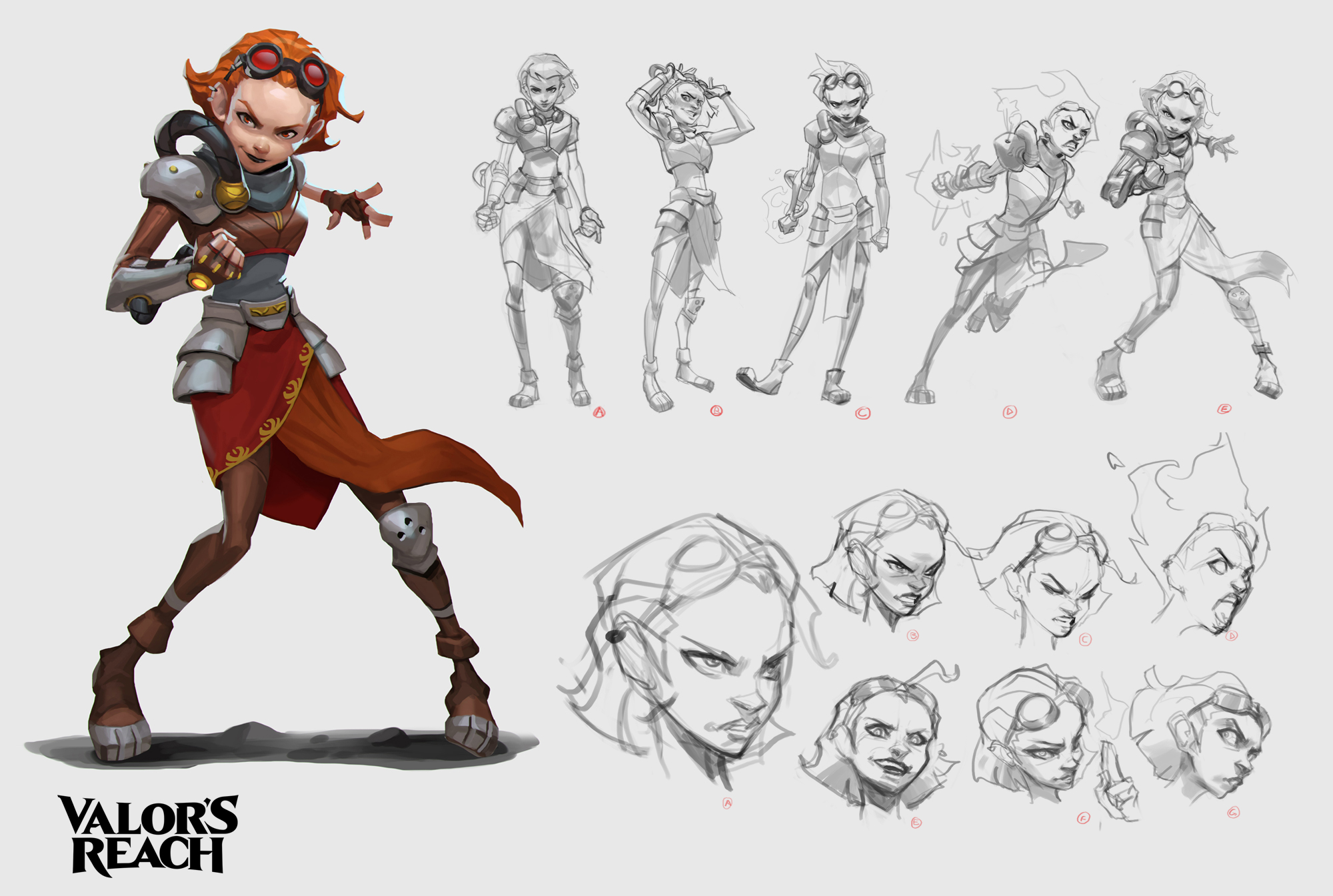 The game will be free to download, with new cards obtainable via in-game quests and by opening packs. You don’t have to scry to determine IAPs will be involved, but while there are certain unavoidable pay to win aspects of any card game, it sounds like Wizards of the Coast is doing all it can to minimize them.

“We are excited to be partnering with Seismic Games, a great mobile studio known for such hits as Marvel Strike Force, for the development of Valor’s Reach,"  McAuliffe said. “Soft launch is starting soon in limited regions on Android, and we’re super excited to start hearing from our players and gathering the feedback that will help us launch the game successfully."

Speaking of that soft launch … Android users in the Nordic region can try out Valor’s Reach starting the week of March 25. We’ll keep you in the loop on where and when people in certain parts of the world might be able to do the same on iOS devices.

In the meantime, while Arena on mobile is still on this writer’s personal wish list, it’s definitely worth a shot to see the rich Magic: The Gathering setting and characters represented in a different way. Here’s hoping that Valor’s Reach delivers on the potential to marry the things we love about MTG with the more casual, accessible experience it promises to create something memorable.