Pokemon GO (Free) Community Days have quickly become one of the highlights of my month – regardless of which Pokemon is featured, it’s a great feeling to spend a couple hours catching hundreds of the same creature, occasionally finding a Shiny Pokemon and hanging out with the like-minded trainers who are able to wake up early enough on a Saturday morning to participate. Even at my most hungover, I’ll always make sure I spend a few hours to acquire that elusive evolution that would normally take me weeks to get on my own, and it’s worth it every time. This weekend’s March Community Day for Pokemon GO is perhaps one of the most exciting so far, as it marks the first, best and coolest third-generation starter Pokemon to be featured it its own event. You guessed it – Treecko is the star of this Community Day, and I’ve put together a comprehensive guide so you can make the most of this Spring celebration of everyone’s favorite wood gecko. 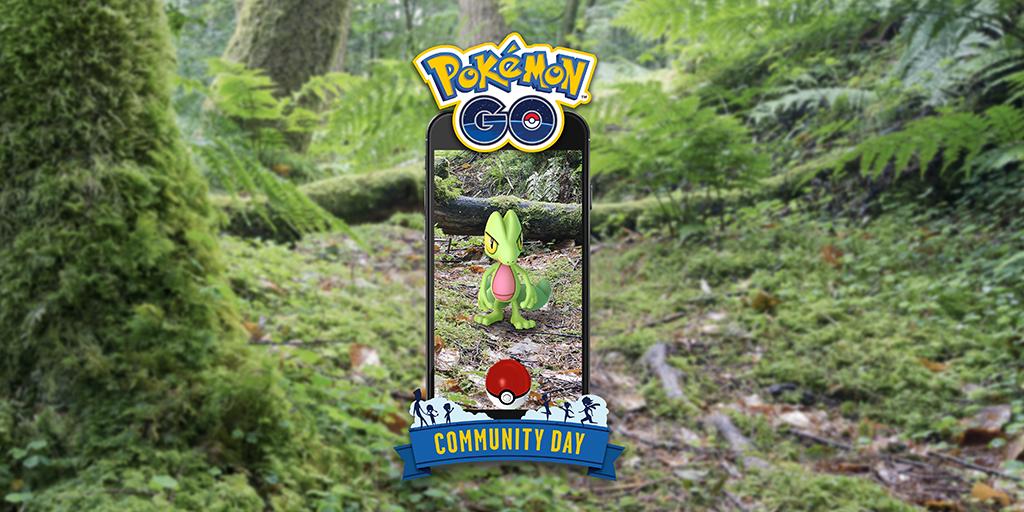 Each Community Day follows the same core formula, but that doesn’t prevent the monthly scare of potentially missing the narrow window when Treecko will be running riot around your local area. However, there are a few differences that are worth bearing in mind this time around. The biggest and most crucial change is the time of the event. Rather than a confusing set of hours across various regions, Niantic have standardised the time of the event, so set all alarms for the following:

That’s it! No more abrupt morning alarm to contend with, and hopefully this later time allows even more people to participate in what is intended to be a primarily social event. If this is your first Community Day, don’t worry – whether you’re a solo trainer or part of your own Team Rocket equivalent, you’re still able to take part. During the three-hour duration of the event, the grass-type Treecko will appear everywhere within the game (potentially at the expense of Pokemon that you’d normally see in certain locations). This will allow you to amass a lot of candy and ultimately add its evolutions, Grovyle and Sceptile, to your Pokedex. However, there are a number of cool bonuses that will also take place during the March Community Day:

In a rare case of actually socialising, I’m planning on meeting up with a few friends to take part in this Community Day, and I highly recommend any committed trainers try and do the same. While it’s still a lot of fun to acquire that awesome Shiny Sceptile on your own, meeting up with a few friends really gets the most out of the appropriately named Community Day event. Be sure to check out your local Facebook Pokemon GO groups and any nearby Meetup events if you’re looking for people to play with, or at the very least send a screenshot of your best capture to our TouchArcade Discord server so I can jealously gaze upon what could have been if the RNG Gods didn’t have it out for me. This is also a great time to make the most of any Lucky Eggs and Star Pieces, as you’ll be catching a lot of creatures. 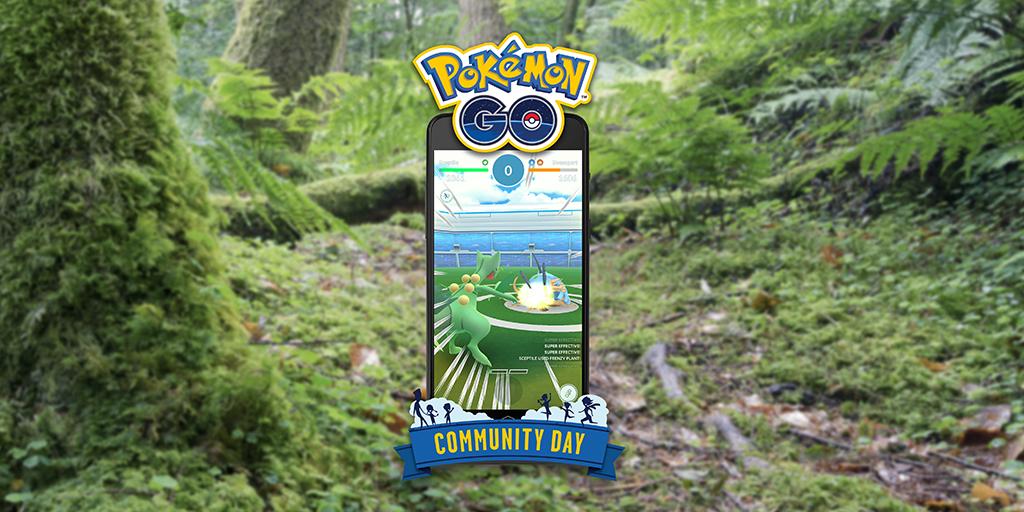 How to make the most of your newly evolved Sceptile

While I originally went for Mudkip in my first play-through of Pokemon Sapphire over 16 years ago (16? Seriously?), Treecko’s evolution Sceptile has always been the most badass of the lot, and in some cases actually the strongest. Its Grass typing is particularly unique in that it doesn’t add additional weaknesses with a secondary dual type, and with a number of particularly powerful moves and impressive offensive stats, Sceptile has always been a solid choice in the Pokemon games. This runs true in Pokemon GO, with grass types being particularly dominant in the metagame – with the highest damage per second of the lot, Sceptile is not only a cool catch for collectors, but an incredibly sturdy choice for competitive players.

Firstly, Sceptile requires 125 Treecko candies in total to obtain, with 25 being spent on evolving Treecko into Grovyle, and an extra 100 in changing Grovyle into Sceptile. If you transfer every Treecko you catch, this will require approximately 30 captures to amass the candies. This sounds like a lot, but will honestly fly by with the abundance of Treecko that you’ll find in the wild. Of course, Pinap Berries will also double the amount of candy you receive for each successful catch, which is an option for those who have a stockpile of the strange pineapple-shaped fruit. I’d generally advise against using Pinap Berries during the Community Day, though – even with no event candy multiplier, you’ll find more than enough candies over the course of the day.

If you evolve Grovyle into Sceptile during the event (or within a limited one-hour window after the event), the creatively-dubbed ‘Forest Pokemon’ will learn an exclusive move in Frenzy Plant. In line with other Community Day-exclusive moves, this is a particularly powerful Grass-type attack, and one which will do some serious damage in gyms, raids or PvP battles. If you do miss the evolution window, don’t worry too much – there will likely be a chance to acquire Frenzy Plant at another point later this year. One other interesting aspect to consider is the potential for Mega Evolutions to feature in the game in the near future. When Niantic adds the capability for certain creatures to mega evolve, Sceptile will be blessed with an additional Dragon-type, alongside some of the strongest stats in the game (as well as looking even cooler than it already did, which is some feat). Even if its mono-Grass appearance seems a bit boring, Sceptile is a solid investment in the future of Pokemon GO, if nothing else. 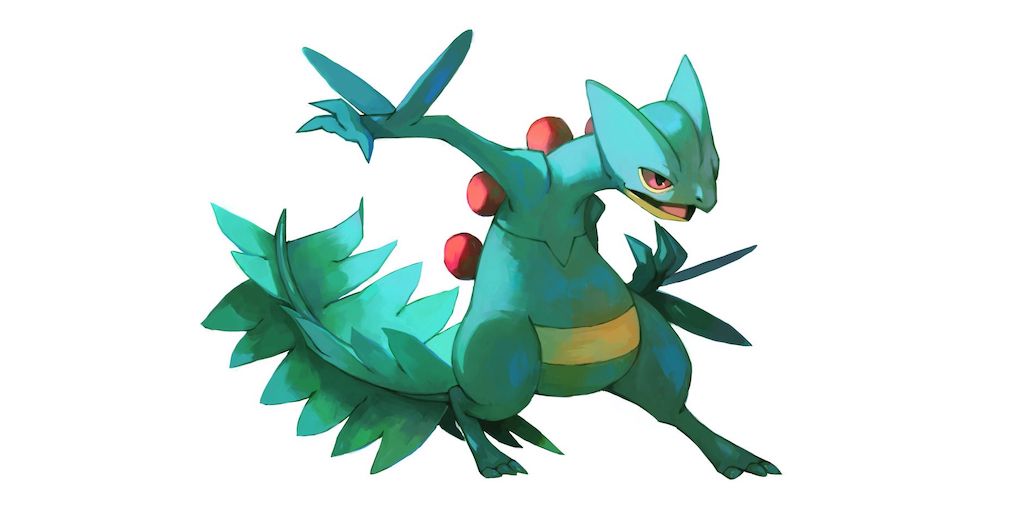 Finding the strongest Shiny Treecko in the wild

Holy moly, Shiny Sceptile is just incredible. Many Shiny variants are hit-and-miss – for example, I wasn’t particularly enamoured by last month’s Shiny Mamoswine – but there is no denying the sheer beauty of this new cyan forest beast. This means finding the strongest Shiny Treecko is absolutely crucial, as outside this limited Community Day window, there are very few opportunities to acquire one that can actually hold its own in battle.

As usual, the incredible community at r/TheSilphRoad has put together a chart which identifies the CP of a Treecko that will potentially have perfect IVs at your specific level. This is particularly useful for later in the event when you’ve got enough candies and are just looking to find the strongest Pokemon you can to evolve – just tap on the Treecko in the overworld, check its CP, and run if it’s not in line with the chart below. You can also get your team leader to appraise the Pokemon in game, or use a legal application such as Poke Genie to confirm its IV potential. It may be worth checking any existing Treecko you have caught too – in writing this guide, I discovered one I recently hatched from an egg has almost perfect IVs too, so that takes some load off my mind in trying to find one I can use competitively. 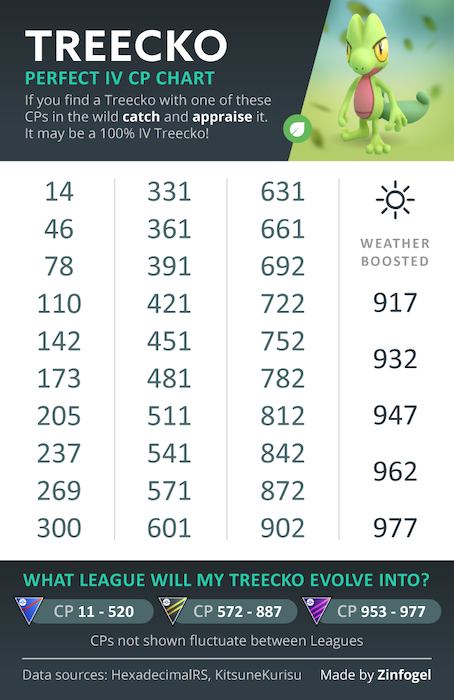 On an entirely unrelated note, Giratina, the legendary Ghost/Dragon-type monster that featured prominently in fourth-generation title Pokemon Platinum, is returning to raids next week. From Thursday, March 28th until Tuesday, April 2nd, Giratina will appear in its usual Altered Forme. However, from the 2nd until Monday, April 29th, Giratina will show up in its powerful new Origin Forme, which will provide a whole new offensive challenge for trainers to take down during raid battles. Either way, Giratina is one of my favourite legendaries, and I’d recommend taking it down with a few friends if you have the chance. This has nothing to do with the Community Day, and Sceptile probably won’t be a good choice for battling it, but it’s yet another example of an awesome event that keeps Pokemon GO so essential almost three years since it originally released on the App Store.

Thanks again for reading this Community Day guide – if I’ve missed anything, please do comment below or share any advice with the friendly and enthusiastic community on our Discord server. Sceptile is a particular cult favourite amongst fans of the series, and its Shiny variant takes this to an entirely new level, so I’m particularly excited to see what tomorrow has in store. Please send through any and all screenshots or AR photos you take for me to gaze on longingly, and best of luck with this latest Pokemon GO hunt!