I loved the look of Itatake’s Rest in Pieces (Free) from the moment I laid eyes on the first screen shots. Its dark, nightmarish environments contrasted with its delicate and innocent porcelain characters in a way that just stood out from so many other games out there. It also did something actually different with the behind-the-back runner formula, with its pendulum-like swinging mechanic. Well, this week Rest in Pieces finally released and actually seeing this game in motion in person has far surpassed everything I was hoping for. This game is downright unsettling, and I love it. 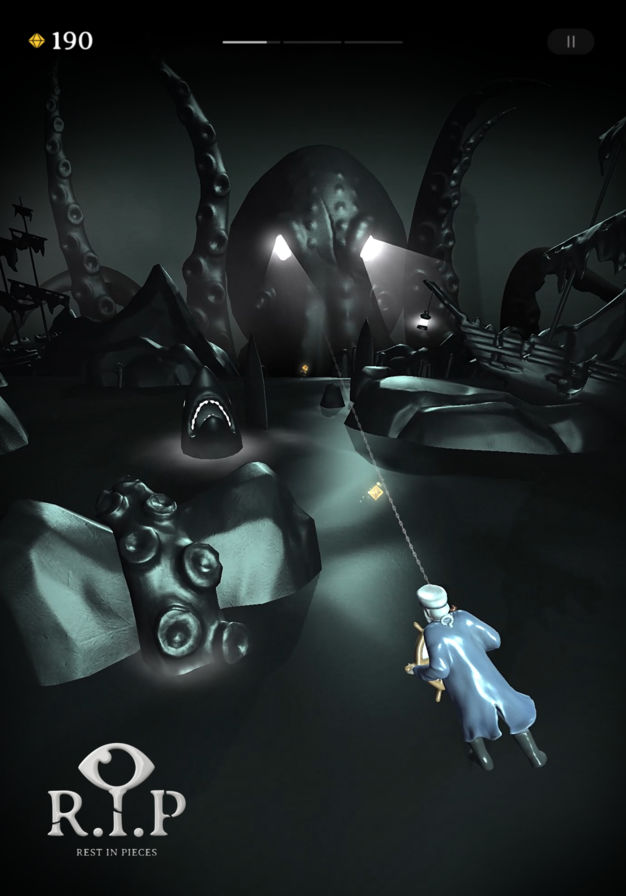 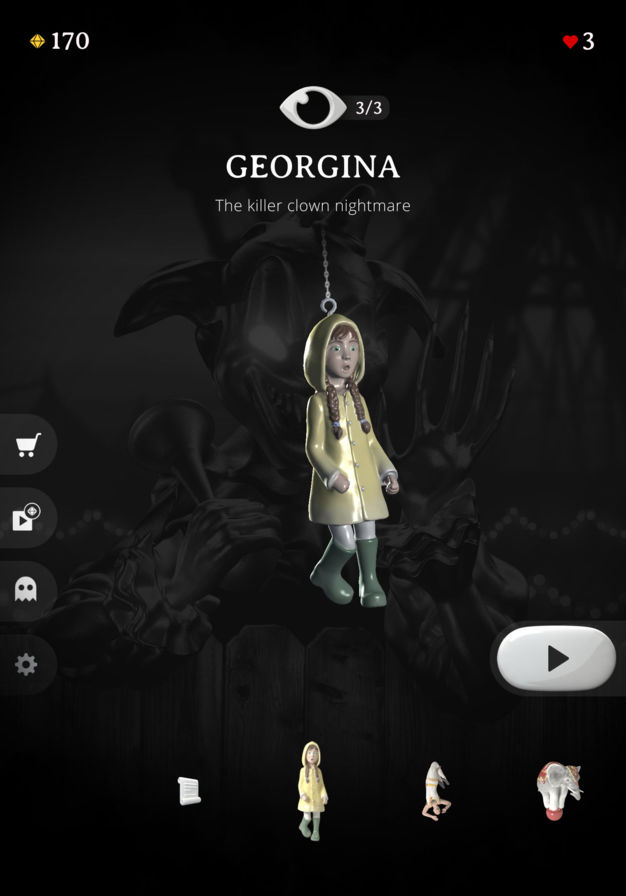 What’s nice about Rest in Pieces is that it keeps things simple mechanically. Touch either side of the screen to swing in that direction and avoid hitting any obstacles with your extremely fragile porcelain figure. You’ll have to take momentum into account so you’ll have to learn how to control how hard you want to swing. Even in the short time I’ve been playing this game I can’t count how many times I’ve been swinging too aggressively only to see my little figure careening right towards an obstacle and there’s nothing I can do to stop the figure’s momentum, so I just watch in almost slow motion as you might watch a car wreck as my figure helplessly shatters to pieces. Coming to grips with the physics and momentum is one of the best parts about Rest in Pieces, and the developers really nailed the “feel" of everything in this regard.

Really what does it for me with Rest in Pieces though is the presentation. As I said, this game is unsettling and creepy in every way. The first time the giant clown boss in the opening level honked its horn and the entire screen shook I almost wet myself. This is nightmare fuel. The creepy soundtrack and the deep contrasts in lighting coupled with the almost angelic glow and shine of the porcelain figures is just too cool. Don’t get me wrong, this isn’t a case of style over substance as the gameplay in Rest in Pieces is really compelling. It’s just that all the fantastic aesthetics do a lot to heighten my enjoyment even further than if this was just another cutesy mobile game.

The pay model here is great too. It comes as a free to play game with limited lives that regenerate over time or can be refilled by watching ads. There’s a simple one-time IAP to give you infinite lives, and a limited time offer where you can purchase that plus a bunch of in-game currency for just a dollar. It’s an easy recommendation for those who want to make it a premium game. The in-game currency is earned pretty liberally through just playing and is used to unlock new characters or to enable a revive after a failed run (there’s a max of two revives per game, which is nice). There are five environments total with three unique figures for each, so there’s a ton of content to unlock and play through here. But I’ll go ahead and stop talking about it because Rest in Pieces is free to check out for yourself and is one of the more entertaining and unique experiences I’ve had in a while.